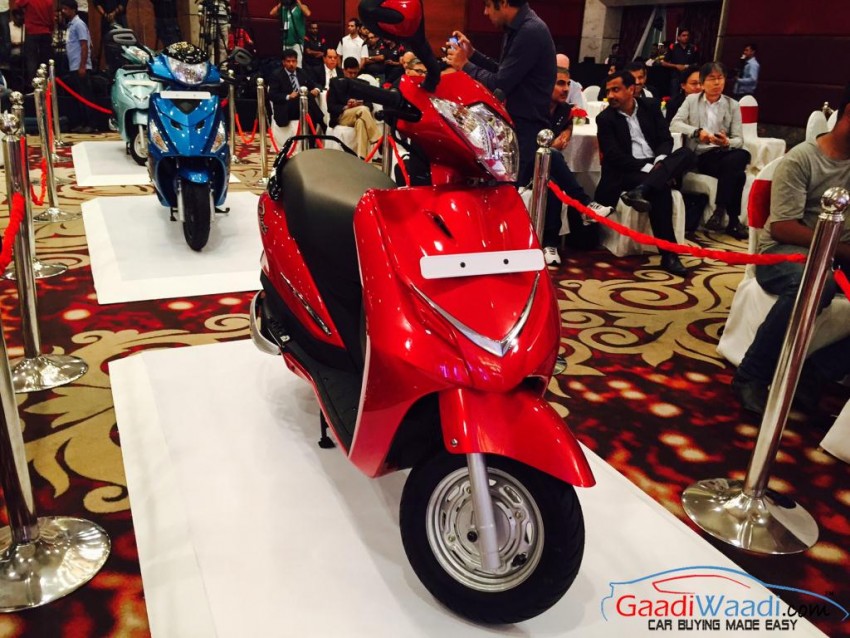 Hero just announced that the Duet launch will happen in the upcoming weeks to follow. Meanwhile, it has launched the Maestro Edge at Rs. 49,500/- Hero Duet does look great in flesh as it is an all new product from the Indian two-wheeler manufacturer. Hero Duet is based on the same platform as the Maestro Edge which is yet again an all new platform and will churn out more scooters from the same platform. Duet is competing is against the like of TVS Scooty Zest, Yamaha Ray and Suzuki Let’s. Duet will be powered by all new 111cc engine which makes 8.43 PS at 8000 RPM of power and 8.3 Nm of torque at 6500 RPM. Comes with an automatic CVT transmission and manages to deliver segment standard performance as the kerb weight is low and power and torque figures are good enough to deliver peppy on-road punch. Duet will also come with segment first and as well as features which are present on other scooters as well. Side stand indicator and pass light are some of the features to be named Mechanically, the Duet will have 10-inch wheels, same suspension setup seen on the Maestro which is the telescopic forks at the front and underbone type chassis. The Duet weighs 110 kgs which is slightly higher than the competition but it has numbers from the engine which should work in its favor or atleast provide similar performance. Duet is all metal body scooter which is a customer demand. 5-year standard warranty will be made available at launch and except Duet to capture market thanks to Hero’s wide sales and service network along with cheap to buy and run costs.