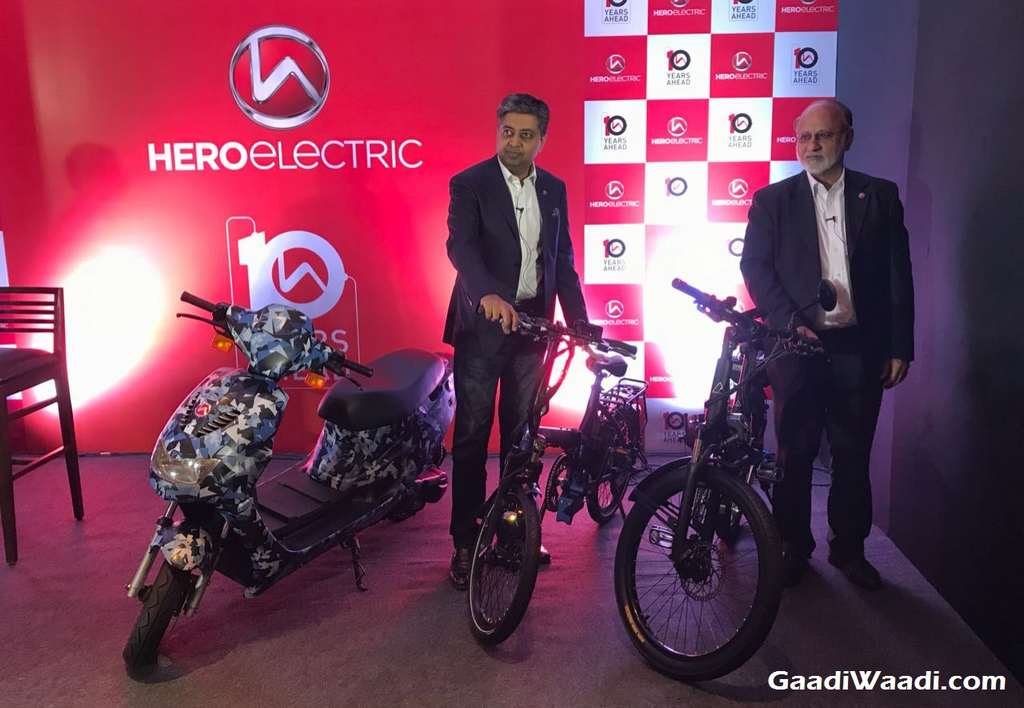 Hero Electric has revealed three brand new global products at New Delhi today for India. They will be displayed at the 2018 Auto Expo as all of them will be entering the domestic market in phased manner during the course of this year. Claimed to be developed for “aspirational Indian”, the two-wheeler and two e-bikes serve different purpose amongst them altogether.

For instance, the AXLHE-20 is said to be a perfect blend of performance and efficiency while the A2B Speed and Kuo Boost are premium in nature as the bicycles aim at appealing for the youth seeking adventure and fitness. To celebrate a decade of manufacturing electric two-wheelers, Hero Electric has introduced ’10 Years Ahead’ campaign. 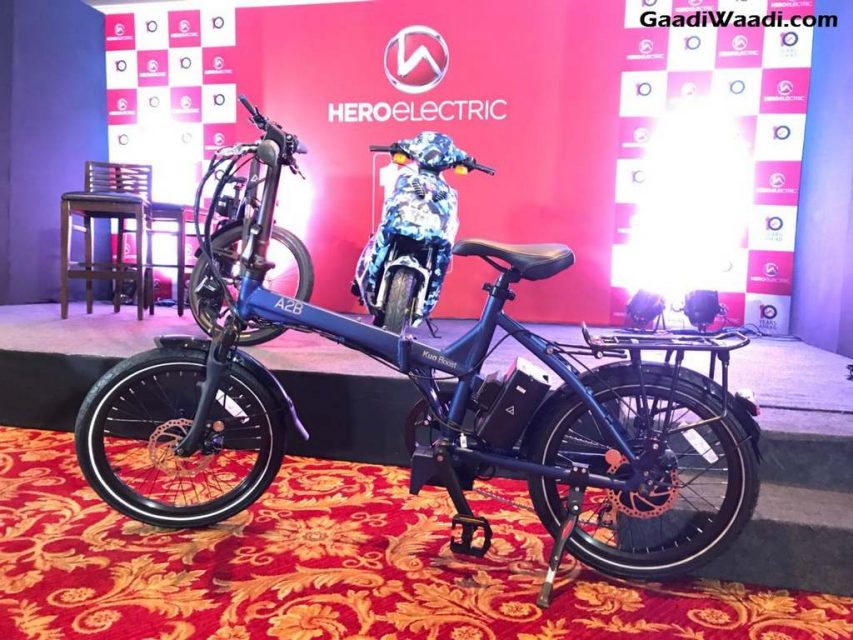 The largest electric two-wheeler manufacturer in the country has launched 15 products along the way in the last ten years and holds a 65 percent market share. The three new two-wheelers though is hoped to play significant part in Hero Electric doubling its sales numbers every year over the next half a decade. Within the space of next years, the homegrown brand also plans to set up new production facilities.

We already told you about Hero Electric’s ambitious future plans and now it is time to look at the three electric bicycles that have been unveiled. Codenamed AXLHE-20, the high-speed e-bike takes power from a 4,000 watt motor which is good enough to produce peak power of 6,000 W. It is claimed to reach speeds of up to 80 kmph and has range of 110 km on a single charge. 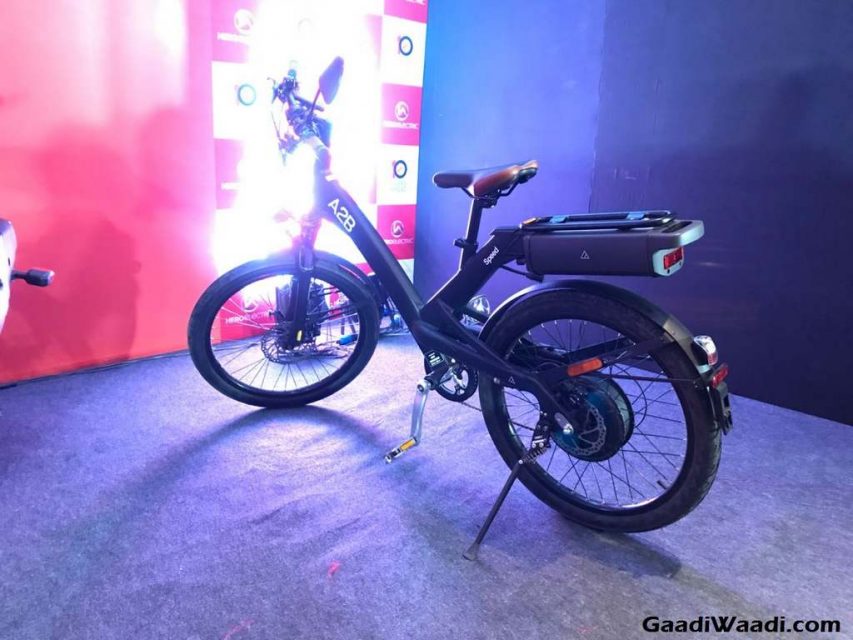 For improved efficiency, the AXLHE-20 features regenerative braking system while the lithium-ion battery can be fully charged from nothing in around four hours. The A2B Speed comes out of Hero Electric’s subsidiary, A2B based in the United Kingdom, and is powered by a 500 W electric motor. The 36 volt battery of the A2B Speed is claimed to last for 700 full charge cycles.

It is capable of returning a maximum range of 70 km while having top speed of 45 kmph. Built on an aluminium frame, the A2B Speed uses an eight-gear Shimano XT rear derailleur transmission and comes with Tektro Dorado hydraulic disc brake system. The Kuo Boost is also a product of A2B and it takes power from a 350 watt motor with top speed of 32 kmph.

It is claimed to be “most successful premium foldable electric bicycle”. The lithium ion battery present in it is good enough to give the Kuo Boost a range of 60 km on a single charge and as the Speed, it can last up to 700 full charge cycles. Constructed on an aluminium frame, the Kuo Boost only weight about 20 kilograms and is versatile. It can be folded and is said to offer “unparalleled” convenience and portability. It utilises an eight-speed Shimano Derailleur gearbox.