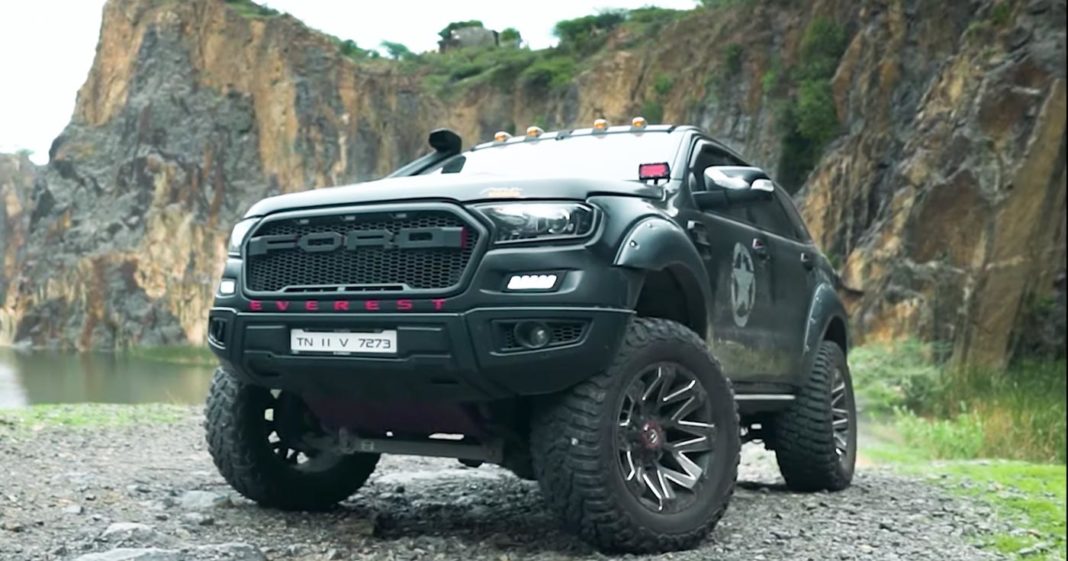 Dubbed Idumban, this latest generation Ford Endeavour is the first example of a modified Endy in the country with a 7-inch lift kit; it also gets a host of other upgrades

The latest generation Ford Endeavour has been successful in carving out a niche for itself in the market. In fact, it’s definitely a bigger success than its earlier iteration and one thing that definitely works for this model is that it acts as a pretty good canvas for car customizers to work their magic on. Well, you don’t need to take our word for it; we’ll let the pictures here do all the talking.

First things first, this heavily modified Ford Endeavour is easily among the best examples around and makes incredible sense in case for anyone looking for something easy on the pocket yet bold enough to get truck loads of street presence. Let’s now take a good look at what all this SUV brings to the table.

The pre facelift version of second generation Ford Endeavour used to be available with two engine options. The smaller of the two was a 2.2 litre diesel motor that produced 160 PS of maximum power and 385 Nm of peak torque, while the bigger one is a 3.2-litre diesel unit that offered 200 PS and 470 Nm. While the latter was available in both 2WD and 4WD configurations, the former was on sale only with the 2WD drivetrain.

Up front, the modified Ford Endeavour sports a huge aftermarket grille and giant hood scoop, both of which come to together to give the vehicle a very aggressive look. Also, the headlights are new and complete the totally different look for the front-end.

A huge highlight of this modified vehicle is its ride height. This is the first-ever Endeavour of the country to feature a 7-inch lift kit. Other highlights include meaty off road spec tires, matte paint finish, LED auxiliary lamps, etc. Even the interior features a host of updates. It gets a totally new upholstery and the rear occupants benefit from two infotainment screens. 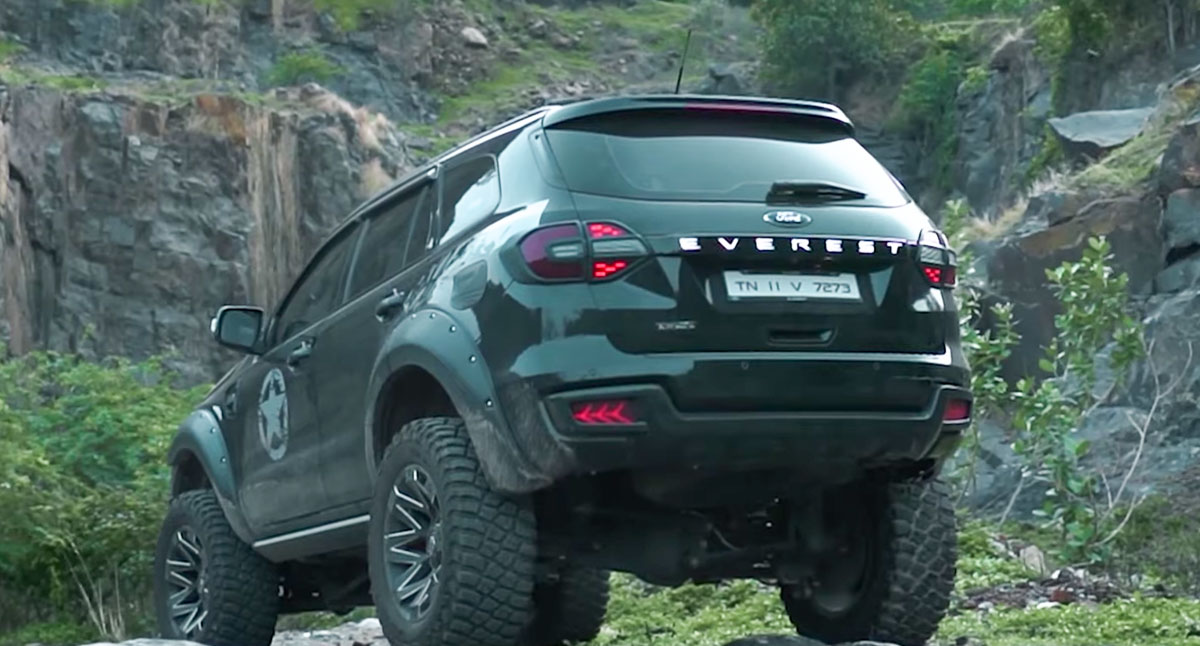