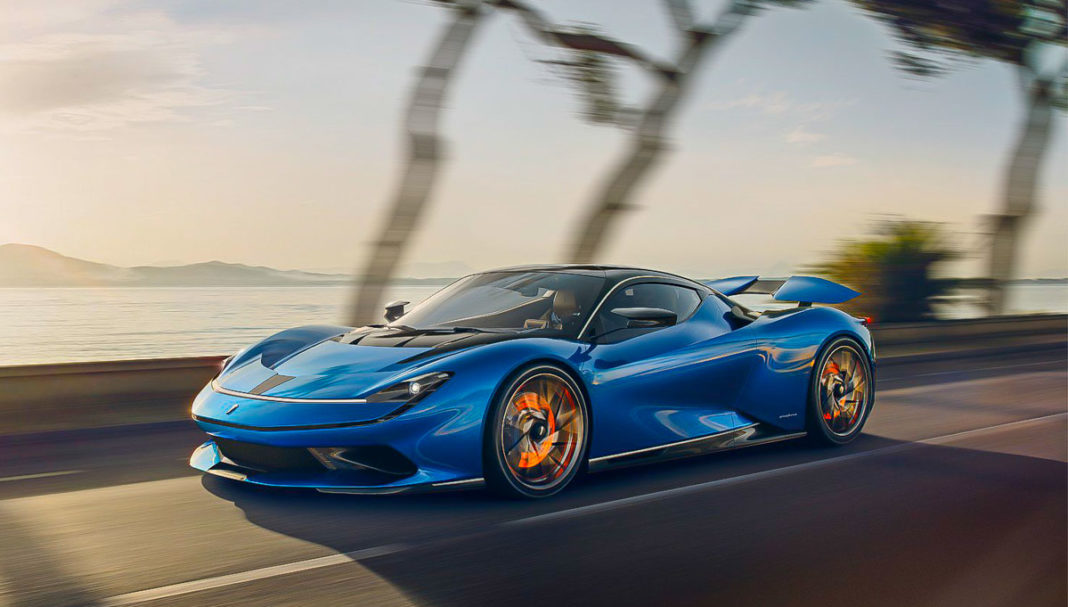 Pininfarina Battista was one of the show stoppers at this year’s Geneva Motor Show. Top Gear has spent some time with the electric performance GT as design theme and performance are the stands out features. The Battista is powered by the same powertrain from Rimac’s C_Two as each wheel has one electric motor.

The T-Shaped 120 kW battery pack is positioned below the seats and the electric motor puts out 1874 bhp and 2300 Nm of torque. The power is sent to all four wheels and the performance numbers of the Battista is mind-blowing as the hypercar hit 0-100 kph in just 2 sec and 0-300 kph in 12 sec, which is more than a sec faster than McLaren Speedtail.

The claimed top speed of Battista is 350 kph, which is electronically stopped as the Rimac C_Two with the same powertrain can hit more than 415 kph. The company might want to increase the top speed with the performance pack later. Even with this much performance, the range of Battista is 450 km and the company has given fast charging option also.

The body has been designed to lower the resistance as aerodynamic play a crucial role in the performance of Battista. The exterior design theme of Battista is elegant as the front get LED headlamps. The side gets 21-inch alloy wheels with specially developed Pirelli P-Zero tyres for Battista.

The rear gets LED tail lamps along with pop-up spoiler, which is a split into two. The charging port is positioned behind the tail lamp. The hypercar tips the scale at just 2000 kgs thanks to the extensive use of carbon fibre and other components. The interior is modern with three different screens to controls various functions.

Pininfarina is offering lots of customization options with the Battista. The high-performance electric GT is limited to just 150 units and the price starts at $ 2.5 million. The company has already partnered with several companies to handle dealerships in different parts of the world. The sales of Battista is expected to begin later this year.