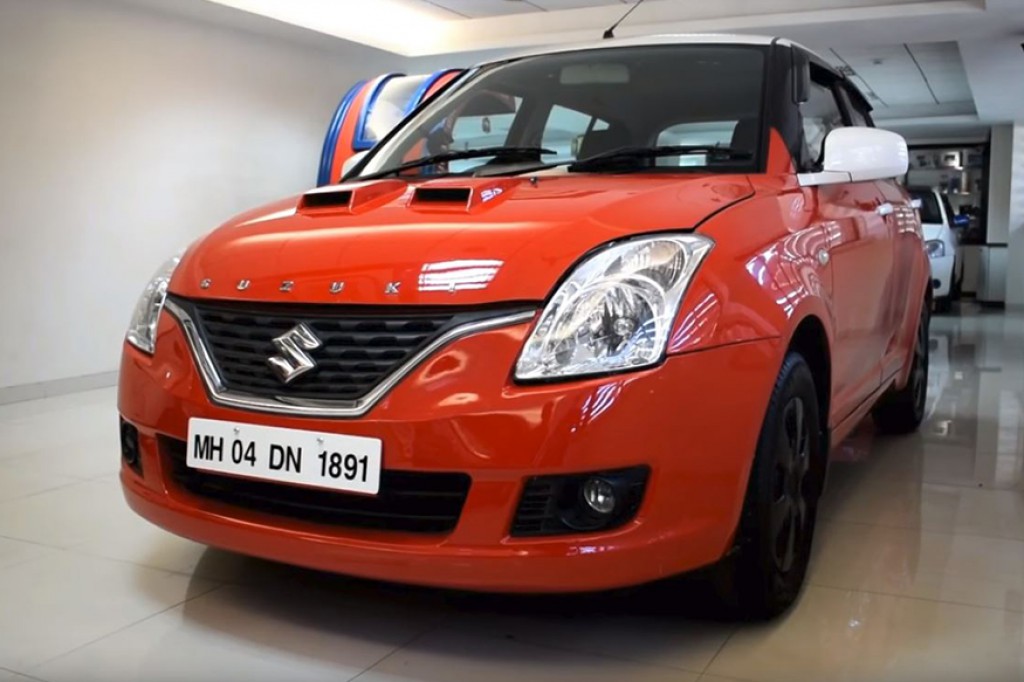 Maruti Suzuki Swift is one of the most popular hatchbacks in the country. The Indo-Japanese manufacturer introduced Swift in 2005 with petrol engine and in 2007 with a diesel engine, then rest is history as each generation of Swift has sold in good numbers and currently, India’s favourite hatchback is in its third generation now.

The first generation Swift is available at very low price in second hand market as most of them are only in decent condition. Vinay Kapoor and his team bought a 2006 model Swift and decided to restore it. The condition of Swift was really poor as it had lots of dents and damages across the body along with some mechanical problems.

The first task was to sort out mechanical problems for steering, suspension, AC and clutch, then it took them 22 days of sanding, welding and painting to make Swift look like the original model. They replaced stock Swift grill with Baleno, which goes well with the overall design and they have also given bonnet scoops.

The exterior changes on restored Swift include red and white colour combination, mirrors are finished in white colour and C-pillar is blacked out. Overall, the exterior work they have done is simply brilliant and attention to details is evident from the paint finish.

The interior of Swift was also a mess, so they have given new upholstery for dashboard along with new seats, custom centre armrest and everything is finished in black and red colour combination. For premium feel, they have given wood inserts on door pad. The centre console gets an after market touchscreen music system.

The restored Swift also comes with JBL speakers with mono block amp and convex woofer with custom woofer box in boot for excellent sound quality. They bought Swift for Rs. 40,000 and spent Rs. 55,000 on spare parts along with Rs. 45,000 for paint and labour. The total cost of modification is Rs. 1 lakh and for the price they have done an excellent work.