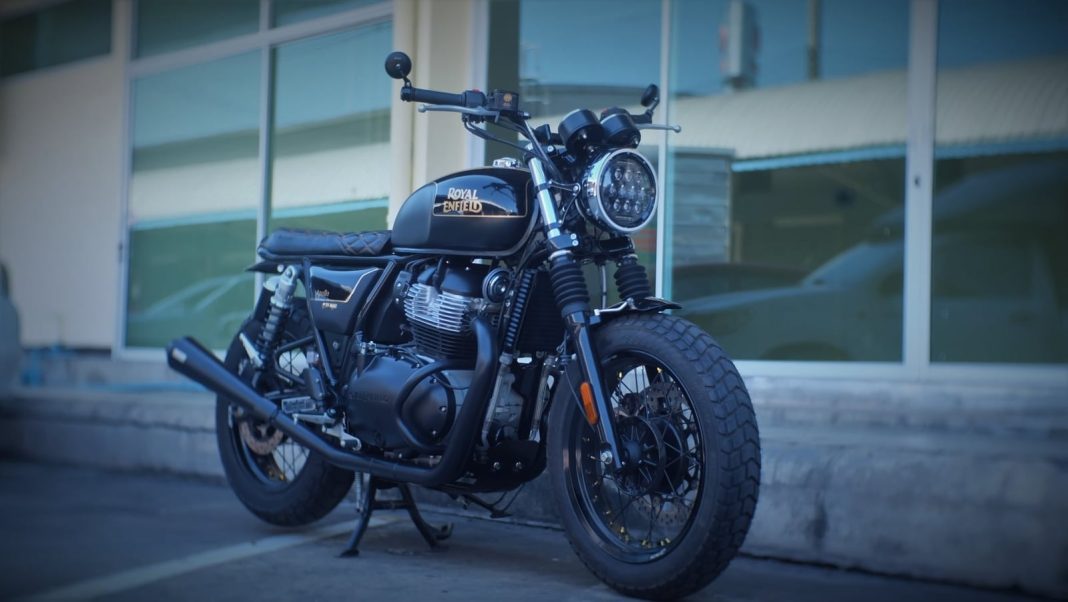 Royal Enfield Interceptor 650 was launched back in 2018, alongside the Continental GT650, and the motorcycle was an instant hit in India. The manufacturer then introduced it to various international markets, where it saw a lot of success as well. RE’s 650 twins are extremely popular in South Asian and European markets.

Royal Enfield motorcycles have always been the top pick for custom-built projects in India. Well, the brand has been gaining momentum in the aftermarket circles overseas as well! We’ve come across plenty of modified Royal Enfield bikes online, which have been built overseas, and most of these have make our hearts skip a beat.

Here, we have featured another custom-built Royal Enfield Interceptor 650, which has been built by Apollo Garage of Thailand. The motorcycle sports a lot of extensive changes, with an overall dark and stealthy look. As per the owner’s wish, the motorcycle has been given a dark colour scheme; the tank and side panels sport a combination of gloss black and matte black paint, with golden highlights. 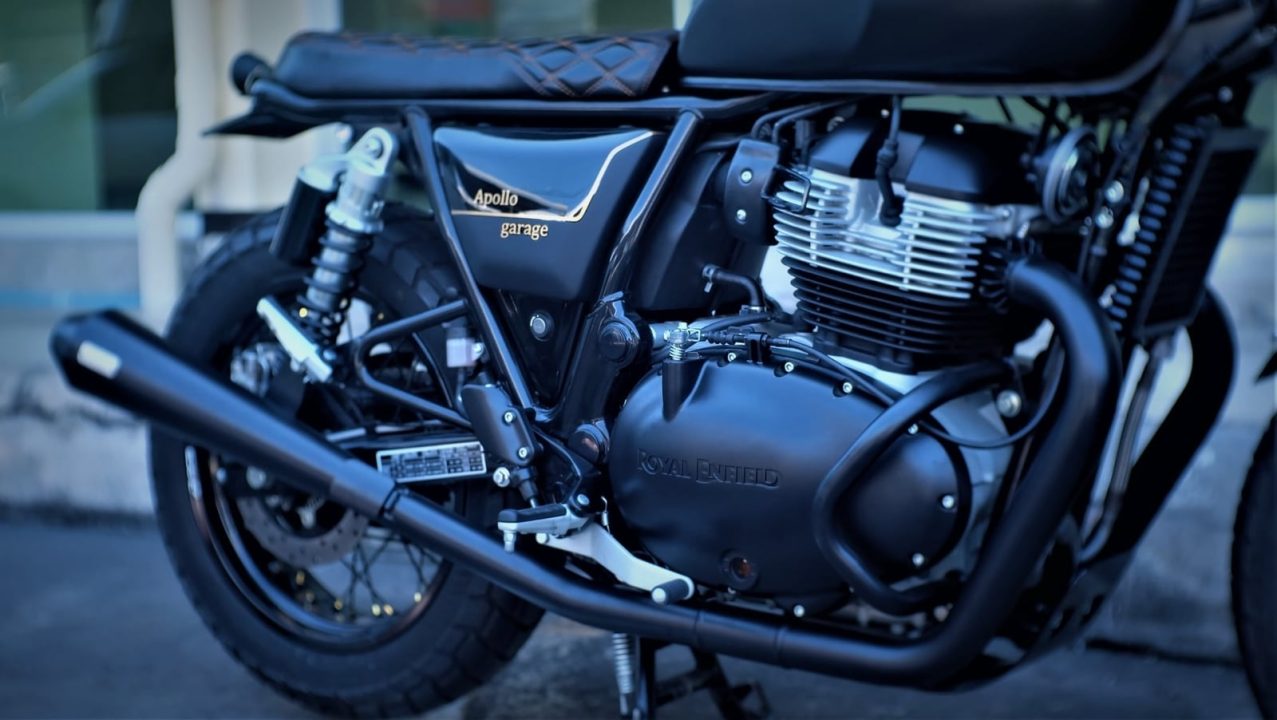 At the front, we also see an aftermarket LED headlight, a new handlebar, a pair of bar-end rear-view mirrors, and a short front fender. The engine cover, crank cover, exhaust, etc., sport a matte black finish, matching the rest of the bike. The tail section of the bike’s frame has been bent upwards slightly, and the rear fender is tiny. We also see a tiny, round aftermarket taillight here, along with a custom single-piece leather seat.

Aftermarket shock absorbers have been added to the rear, along with new exhaust mufflers. The bike also gets 17-inch wire-spoked wheels with an all-black finish, shod with chunky block pattern tyres. To say that the final model looks utterly brilliant and attractive would be an understatement. 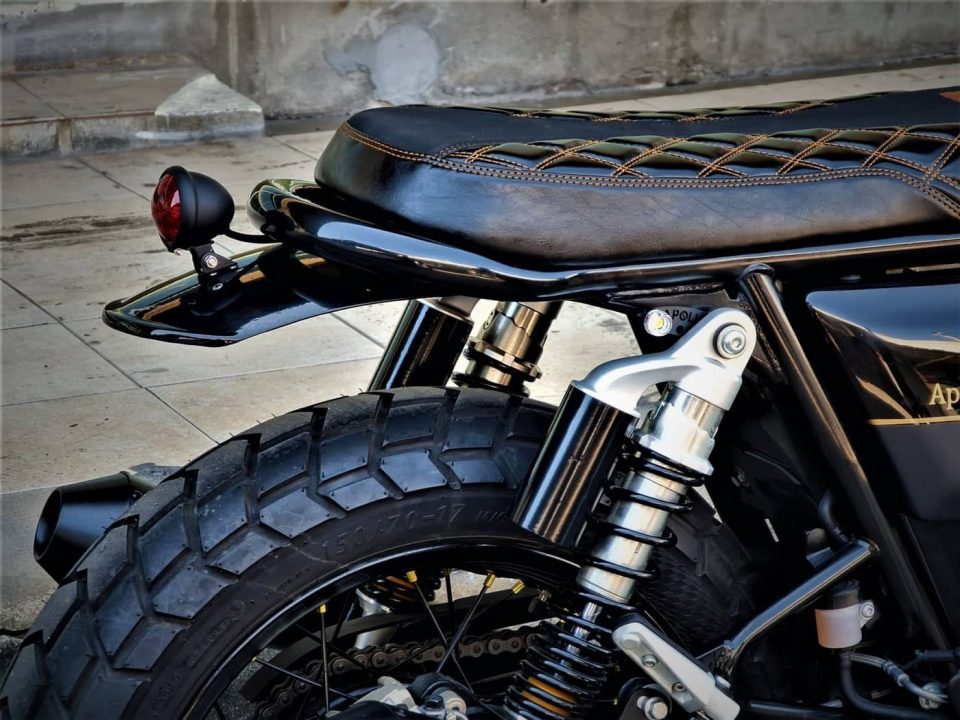 No changes to the powertrain have been reported here. A stock Royal Enfield Interceptor 650 draws power from a 648cc, air/oil-cooled, parallel-twin engine, which generates 47.65 PS and 52 Nm of peak power and torque, respectively. It comes mated to a 6-speed transmission, with a slipper clutch available as standard.