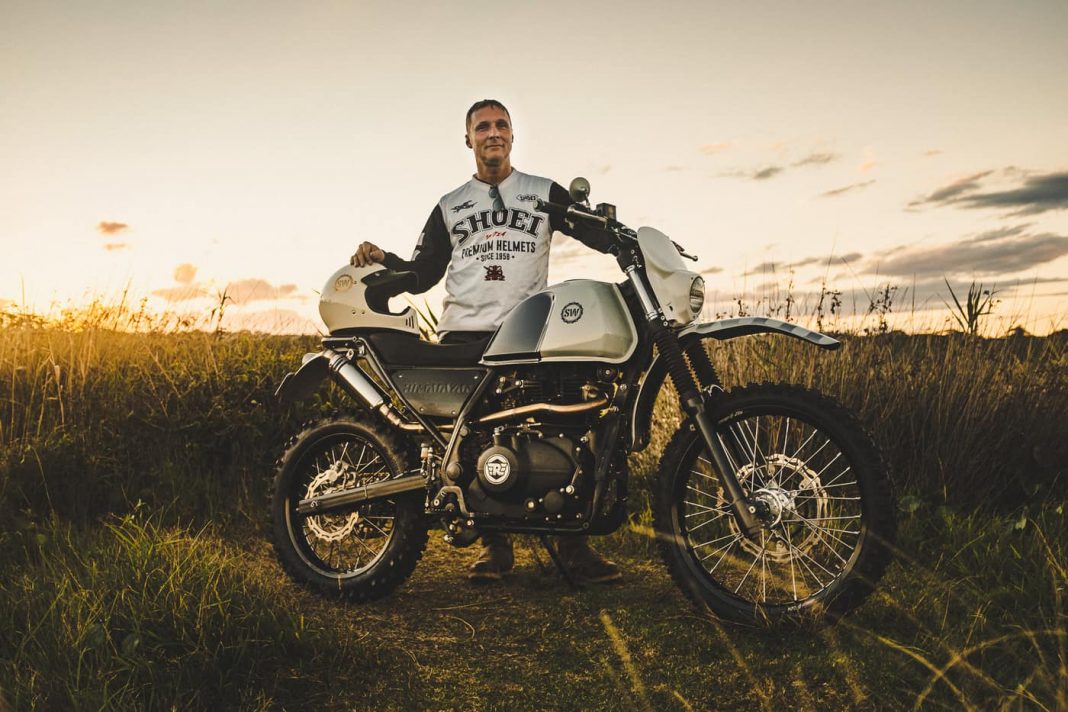 Check out this modified Royal Enfield Himalayan from Australia, which takes design inspiration from enduro motorcycles of the ‘80s

Royal Enfield Himalayan was first introduced back in 2016, as the brand’s first adventure-tourer motorcycle. Thanks to the combination of brilliant off-roading capabilities and an affordable price tag, the Himalayan is quite popular among off-road enthusiasts, not just in India, but in a few international markets as well.

Royal Enfield motorcycles are also quite popular among custom-builders, and the Himalayan is no exception. Here, we bring you a custom RE Himalayan, built by Tommy Thöring, who has named the motorcycle ‘#38’. Tommy moved from Germany to Australia in 2019, and it was in the land down under that he first saw the Royal Enfield ADV.

Initially, he was sceptical about a motorcycle with a relatively tiny engine, but he eventually found it to be well-suited for the different roads of Australia, including good roads, gravel roads, and also off-road trails. The motorcycle has shed a lot of bodywork, including the tubular fairing and luggage rack. It gets a new headlight assembly, a new front fender, and fork seal protectors at the front.

Other noticeable changes on the motorcycle include a shorter rear fender, an aftermarket taillight, and a custom exhaust. For further improving the performance, it gets a new set of off-road biased tyres, along with new petal-type disc brakes. The fuel tank also gets a custom paint job, with ‘SW’ branding on it (for Schlachtwerks, Thöring’s workshop).

This custom Himalayan is much lighter than stock, making it much more capable off the road. The inspiration for the design came from the Paris-Dakar enduro motorcycles of the 1980s. This modified Royal Enfield does look the part, and we’re thoroughly impressed by this build. 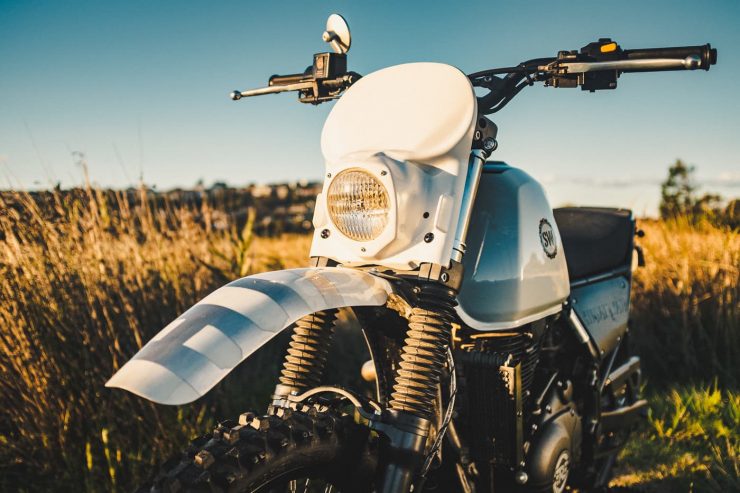 Royal Enfield Himalayan is powered by a 411cc, air/oil-cooled, single-cylinder engine. In its BS6-avatar, this motor belts out a peak power of 24.31 PS and a maximum torque of 32 Nm, and comes paired with a 5-speed gearbox. Even though RE Himalayan doesn’t have a large engine with lots of power, it is a brilliant machine for beginner riders to learn the art of off-road motorcycling.