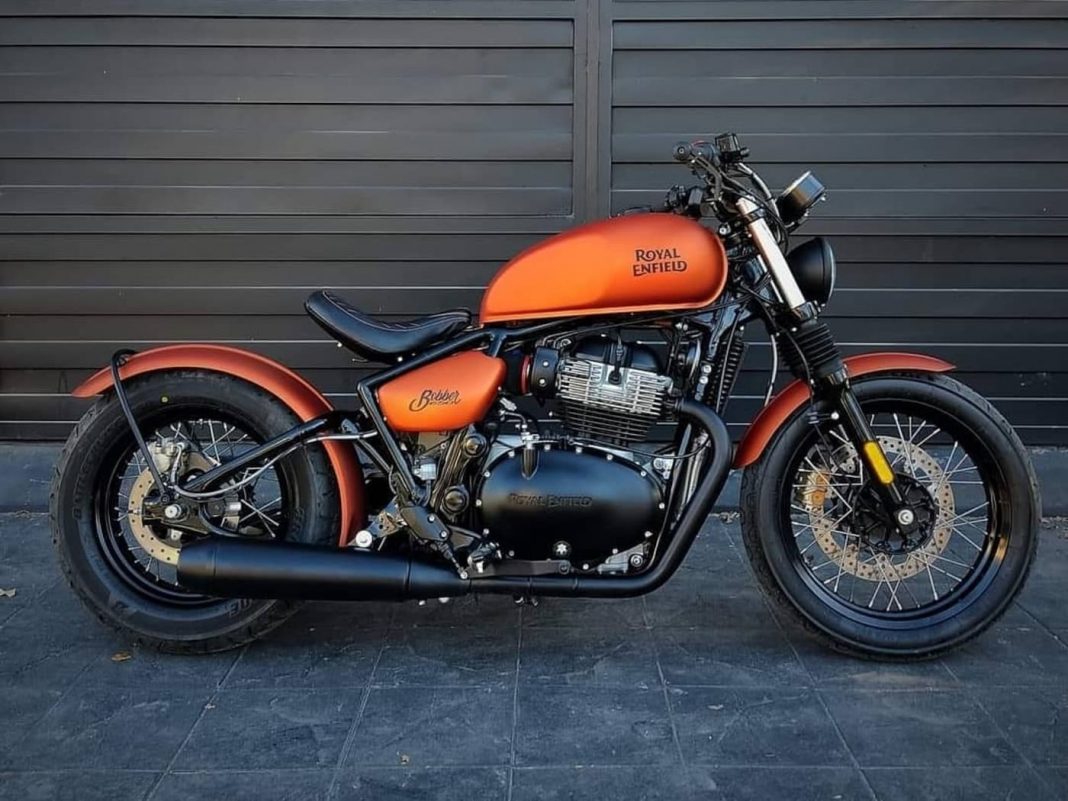 Check out this lovely custom bobber, based on Royal Enfield Interceptor 650, built by Hardcore Custom of Argentina

Royal Enfield motorcycles are extremely popular among custom-builders and enthusiasts in India, largely due to their easy-to-customise nature. In recent years, RE motorbikes have been gaining popularity in the modification scene overseas as well, and we’ve come across many beautiful customised examples online.

Here, we have a modified Royal Enfield Interceptor 650, which has been transformed into a pretty-looking bobber. This model has been built by Hardcore Custom, an auto workshop in Cordoba, Argentina. As per the builder, the design was inspired by Triumph Bonneville Bobber 1200, and several changes had to be made to the motorcycle to achieve this final look.

At the front, we see a new headlamp, much smaller than the stock unit, and mounted much lower as well. The front fender is a custom unit, and we also see a new pair of bar-end mirrors on the handlebar. The frame of the motorcycle has been altered by a fair margin, and the fuel tank is inclined towards the rear. 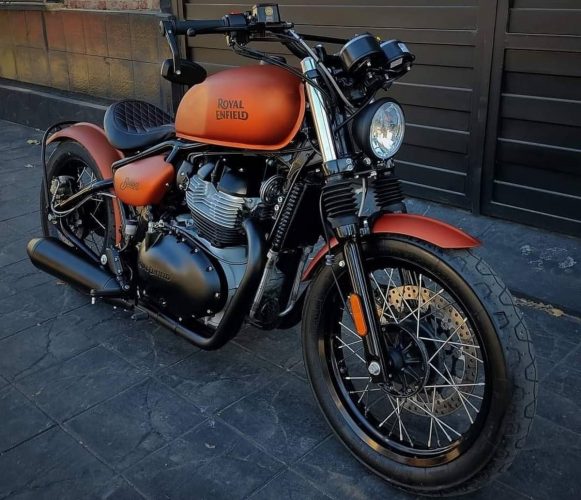 The side panels are custom-built as well, and look quite pretty. At the rear, we see a new fender, and the motorbike gets a new rear monoshock, which gives it a soft-tail look. This Royal Enfield 650 bobber also has a longer wheelbase, thanks to the custom swingarm. Of course, the motorcycle gets a single seat, with a tiny LED taillight mounted at the back of it.

The tank, side panels, and fenders sport a lovely matte pearl orange paint scheme, while the frame, engine assembly, and exhaust get a semi-matte black finish. The bike also gets a wider rear tyre, which looks extremely muscular. The footpegs have been shifted forward slightly, to give the rider a more relaxed seating posture. 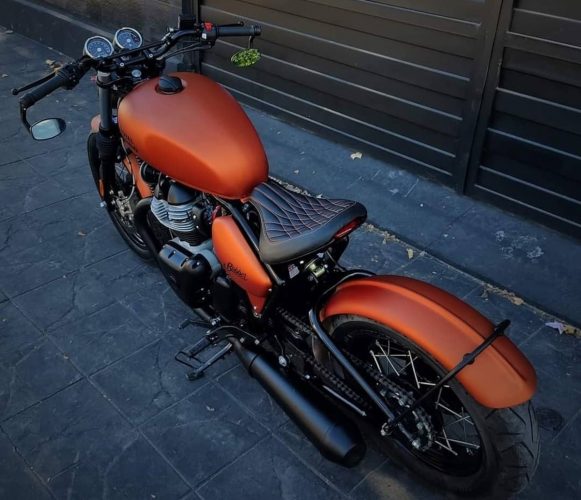 A lot of electrical components of the motorcycle had to be relocated, due to the changes in the design. No modifications have been reported to the engine of the motorcycle. Royal Enfield Interceptor 650 draws power from a 648cc, air/oil-cooled, parallel-twin motor, which belts out 47 HP and 52 Nm. It comes paired with a 6-speed transmission, and slipper clutch is available as standard.