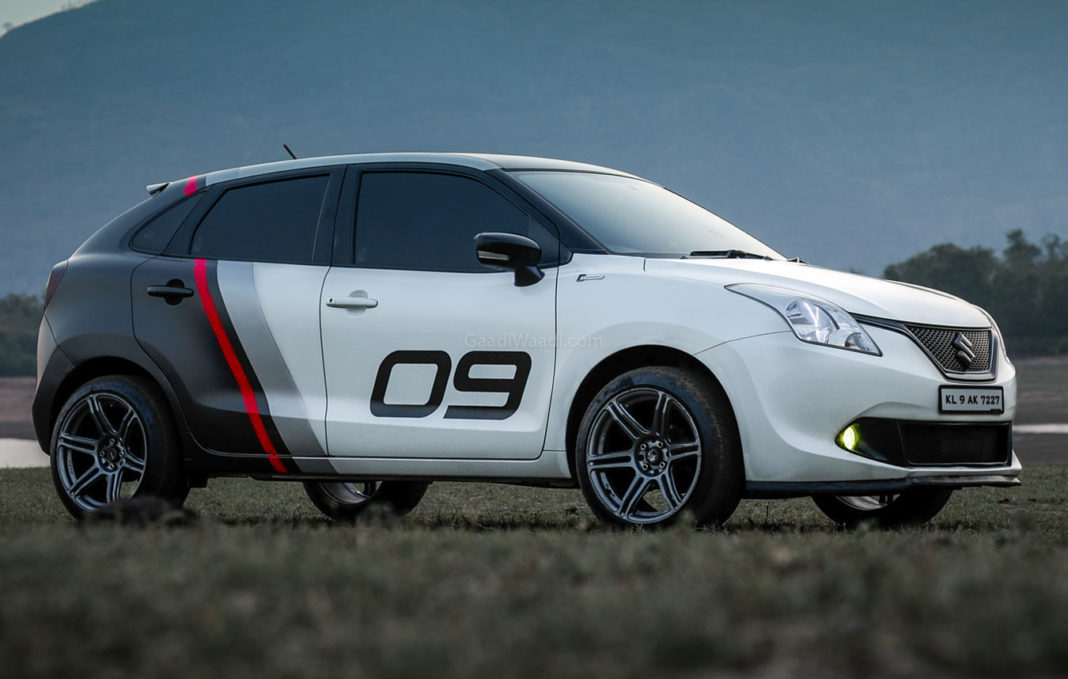 While the Maruti Baleno isn’t as sporty in nature as the Maruti Swift, many owners are known to have modified their vehicles to give them a very sporty look

The Maruti Baleno has been one of the most popular small cars on sale in the country. In fact, it has been the largest selling model in its segment for several years now and it doesn’t look like the popularity of this B2-segment hatchback will reduce anytime soon. Much of this owing to the car’s modern looks, decent ride quality, feature-laden and spacious cabin, and a frugal yet sufficiently powerful petrol engine.

However, one thing that the car lacks is a sporty character. Don’t get us wrong for the Maruti Baleno is not a bad car to drive but it’s just that it doesn’t have the sporty nature of its smaller sibling, the Maruti Swift. Hence, there are many owners of this small car who have decided to take the customization route to make their vehicles more alluring. One such example is this modified Baleno you see in the images.

This modified Maruti Baleno is from Kerala, a state that is known for its good car culture. The car gets many styling highlights along with some performance modifications. Upfront, it gets a discreet bumper diffuser and a new radiator grille that holds a black-painted Suzuki badge.

The updates are much more significant in the side profile, where the first thing you’ll notice are those really cool 17-inch 9J alloy rims shod with sticky 215/45 tires. Also, the car’s dual-tone paint job comes into notice the moment you look at the side profile. It also gets black-paint with grey and red stripes and race number decal on the front door. Even the ORVMs are painted black and the window gets black tints.

The rear-end gets smoked taillamps, OEM-spec roof spoiler and a black-painted Suzuki badge. The car is equipped with a 1.3-litre DDIS diesel engine that produces 75 PS and 190 Nm in its stock form. However, the car has been re-tuned by Pete’s and now produces a maximum power of 95 PS and a peak torque of 220 Nm.