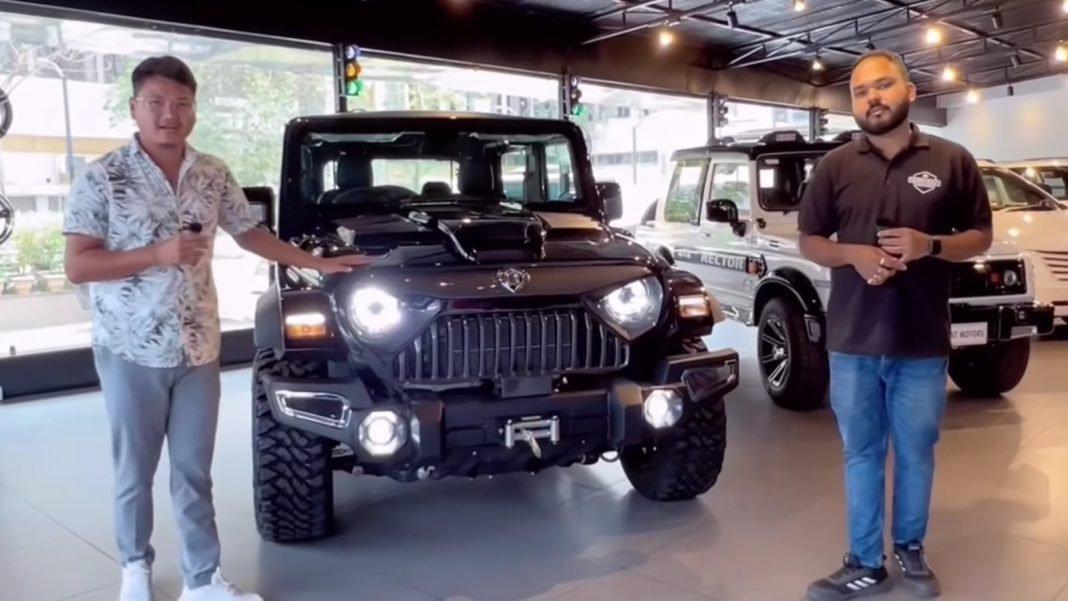 Check out this customised Mahindra Thar, built by NorthEast Motors Guwahati, which features plenty of brilliant mods, including a panoramic sunroof

Mahindra & Mahindra launched the second-generation Thar in India back in September 2020. The SUV quickly gained a lot of popularity in our market. However, due to the way-too-strong demand for it and the semiconductor chip shortage, the latest-gen Thar has one of the longest waiting period of all vehicles currently on sale in India.

The second-generation Thar enjoys strong aftermarket support as well in India. We’ve seen some brilliant customised examples online, and recently, we came across another one, built by NorthEast Motors Guwahati. The video below, posted by All in One Entertainment, gives us a detailed close look at this custom vehicle. The workshop claims this to be the first-ever second-generation Mahindra Thar with a panoramic sunroof.

The SUV features plenty of other modifications as well. At the front, this customised Thar gets an angry birds grille, with a carbon fibre finish and the workshop’s logo on the nose. It also gets an off-road bumper (with integrated LED foglamps and an electric winch), a custom bonnet (with an air scoop and side vents), and aftermarket LED headlights.

At the sides, we see a carbon fibre finish on the ORVMs and door handles, along with 18-inch Fuel alloy wheels shod with Bighorn MAXXIS tyres. A custom side-step has also been installed here. At the rear, the most notable change is the new lockable cover for the tail-mounted spare wheel (with a carbon fibre design).

Also, the tailgate now opens in one go, unlike the stock model, in which the tailgate and rear windscreen have to be opened separately. The rear bumper has been customised as well, with a carbon-fibre-style finish, and a towing latch has been added here. The cabin features plenty of changes too, including faux wood inserts on the inside door panels. 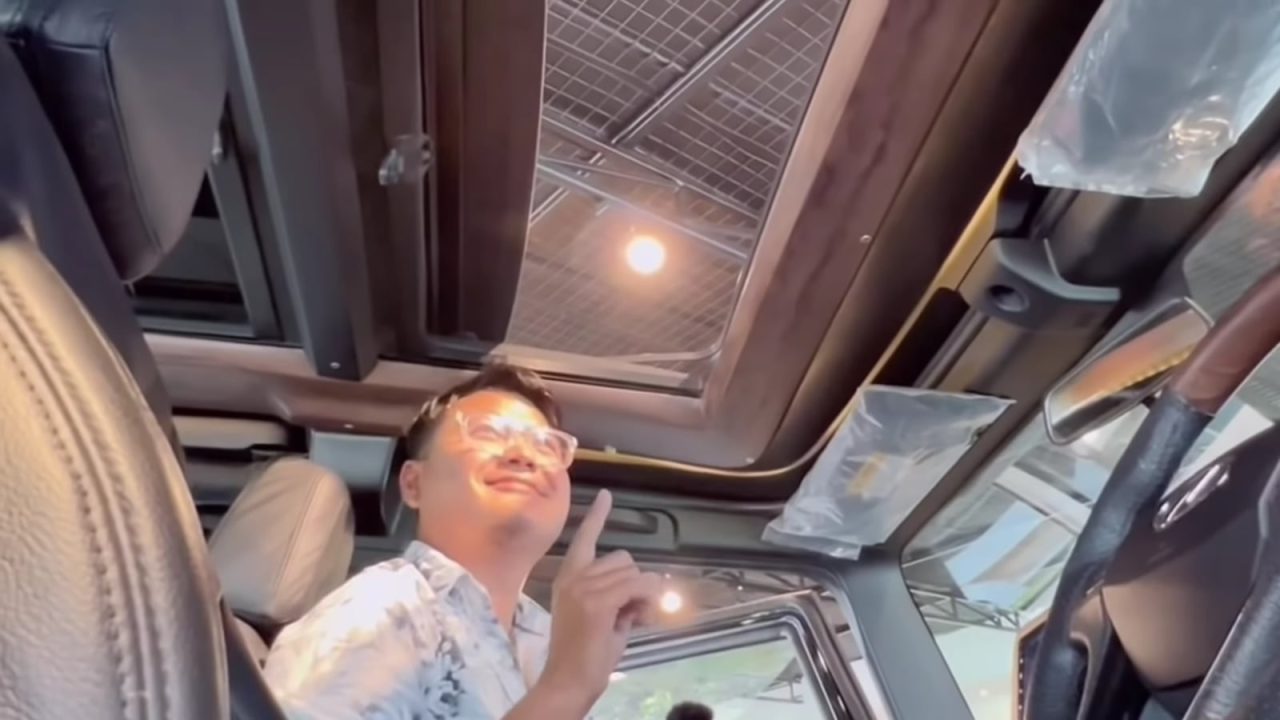 The SUV also gets Mercedes-AMG-style custom AC vents, and the dashboard gets perforated leather wrap. The infotainment system has been changed as well, now featuring a large Android-based touchscreen. We also see the panoramic sunroof, with an electrically operated front panel. Also, both front seats have a folding tray and an Android tablet behind them, for the rear passengers.

A chiller box has also been added in the cabin, and the rear seats get side armrests and cupholders. The entire package costs around Rs. 12 lakh for the mods (if the customer brings their own Thar), and around Rs. 31 lakh if they didn’t have a car already. The individual prices of these mods are also mentioned in the video.