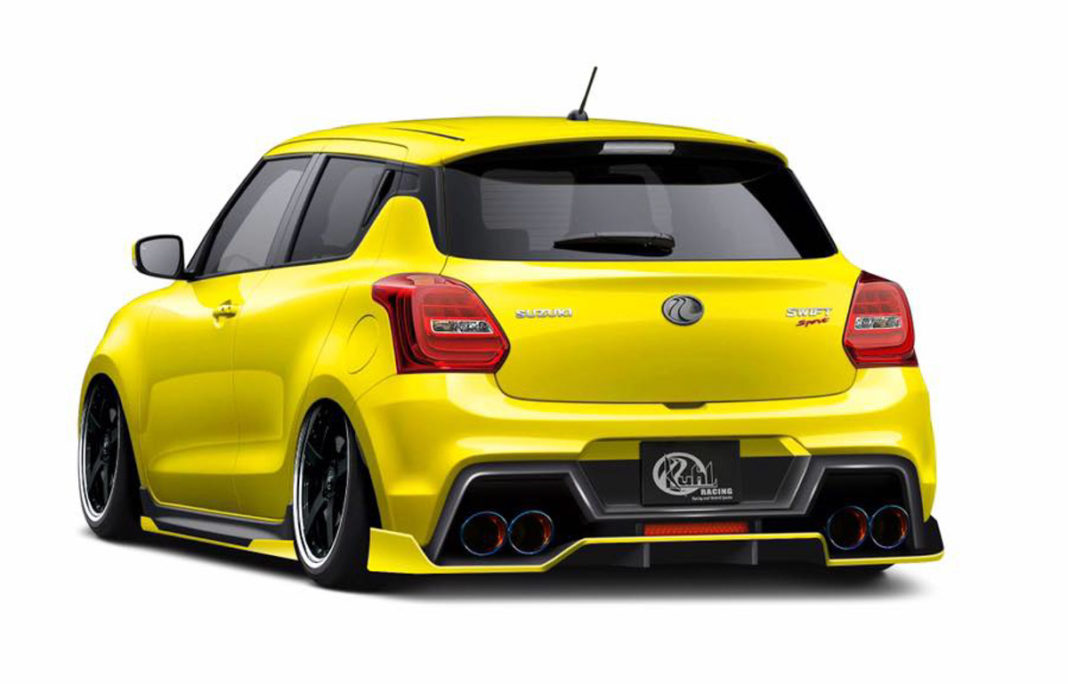 Kuhl Racing, a Japan-based car tuner, has come up with one of the first aero kits for the Suzuki Swift Sport hot hatchback

The Suzuki Swift Sport is the performance version of the Maruti Suzuki Swift that we know of. It has a more powerful engine, a stiffer chassis, and various visual tweaks. All this make it look hotter than the normal Swift. Kuhl Racing, a Japanese car tuner, has modified the Sport model by giving it a very sporty body kit that enhances the car’s aerodynamics.

The front-end of the modified Suzuki Swift Sport gets eyeshades for the headlamp. These make the headlamps look sleeker and the front fascia a tad bolder. The original bumper has been replaced with a sportier version that gets a huge front diffuser with winglets at its tips. The side profile gets dual-tone skirts. But the highlight here is the lowered stance of the vehicle. 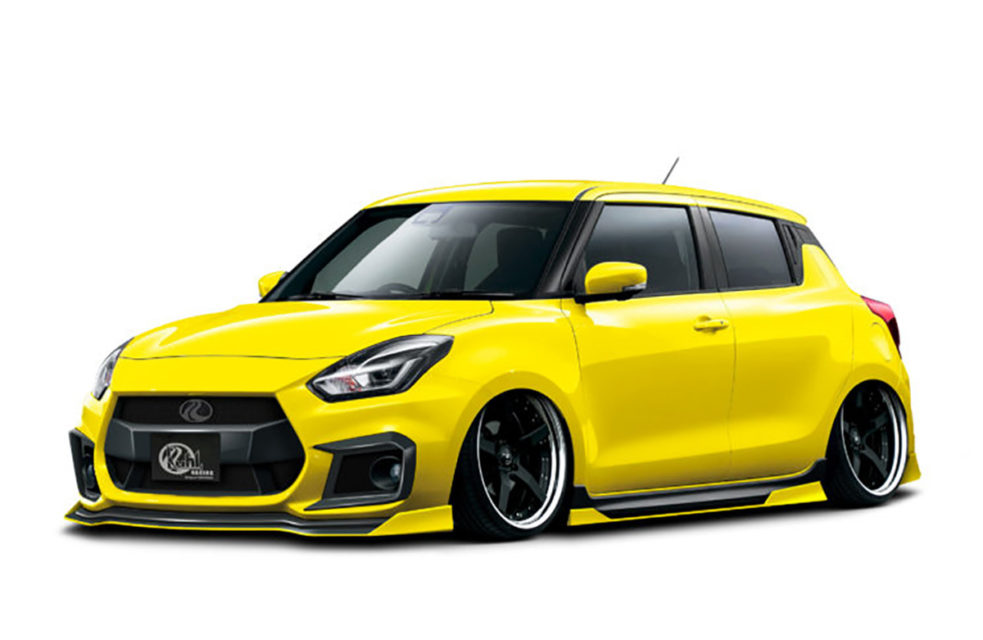 Originally, the Suzuki Swift Sport has a ground clearance of 120 mm but this modified version has been lowered even further. The more planted stance makes this car looks very racy. The original alloy wheels have been replaced with black-painted units that are shod with wider tires.

At the rear, the modified Suzuki Swift Sport gets a bolder bumper that has a big diffuser. The dual tailpipes get a faux-carbon housing. The Suzuki logo on the trunk-lid has been replaced with Kuhl Racing sticker. 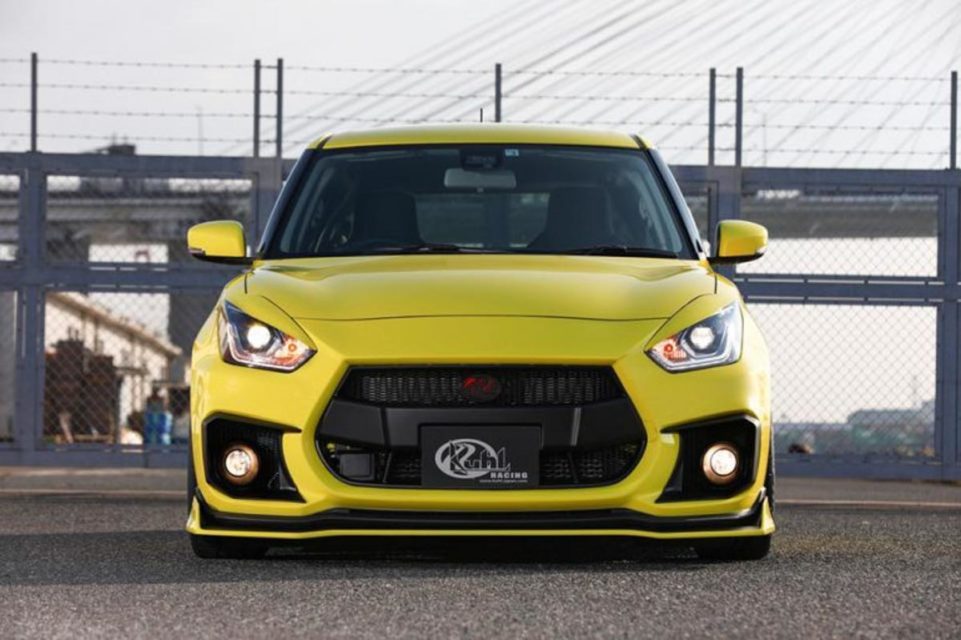 The interior of the car has been left untouched. Even the engine doesn’t get any performance upgrades, except for a sports exhaust system.

Powering the Suzuki Swift Sport is a 1.4-litre Boosterjet turbocharged petrol engine that produces a maximum power of 140 PS and a peak torque of 230 Nm. The turbo-petrol engine comes paired with a six-speed manual transmission that drives the front wheels. 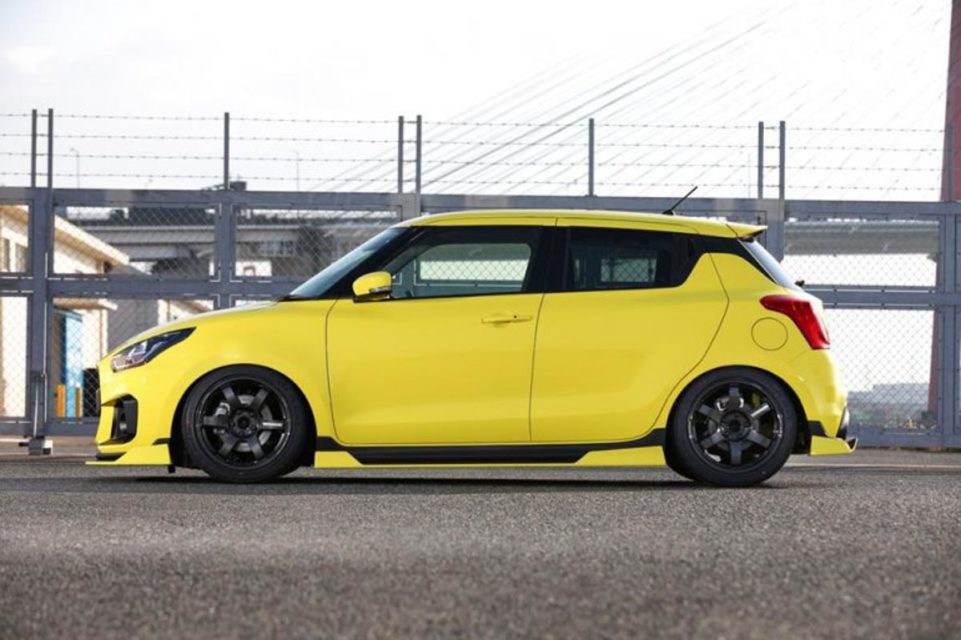