Gaadiwaadi.com
Home Cars News Here Are Some Real-Life Images And A Video Of The Ford Bronco 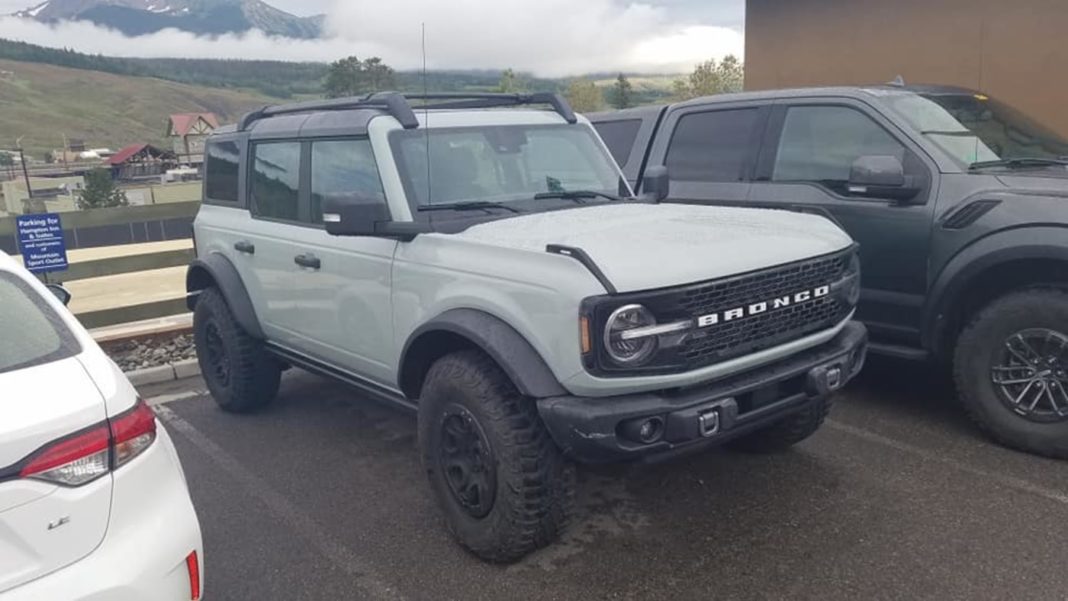 Check out these images and video of the recently-launched Ford Bronco’s 2-door and 4-door model, enjoying a public outing

Ford Bronco was probably the most hyped car to have launched this season, and the blue oval has certainly managed to deliver on it. Even though the Bronco lineup is exclusive to the US (at the moment at least), the anticipation for it is felt by auto enthusiasts all over the world.

Here, we have a few images and a video of the Ford Bronco, out and about in the public, which were shared by Patrick Starr on the ‘2021 BRONCO’ Facebook page. The video consists of a brief walkaround of the 4-door and the 2-door models, while the pictures are exclusively of the 4-door model (in velocity blue exterior paint).

The car looks extremely beautiful with its neo-retro design, and the 2-door model (Shadow black with Sasquatch Package) looks even more impressive. The rounded headlamps with the imposing front grille and ‘BRONCO’ badge lend these cars some serious road presence. The Bronco is offered with the choice of 16-, 17-, and 18-inch wheels, both multiple options for both steel and alloy rims.

We also get a brief look at the interior of the car here, and it looks as impressive as the exterior. The black interior theme, the ‘Bronco’ badging on the seats and the steering wheel, the 8.0-inch touchscreen (upgradeable to 12.0-inch), the 60:40 folding rear seats, the webbed pockets (behind the front seats and on the door panels), etc, make this SUV feel premium yet extremely rugged.

The Ford Bronco is available with two engine options – a 2.3-litre, inline-4, turbo-petrol motor, and a 2.7-litre, V6 turbo-petrol unit. The former can generate a maximum power of 270 hp and a peak torque of 420 Nm, while the latter can churn out 310 hp and 452 Nm. The smaller engine comes with a 7-speed manual (6 +1 crawler gear), while a 10-speed automatic transmission is available on both the engines. 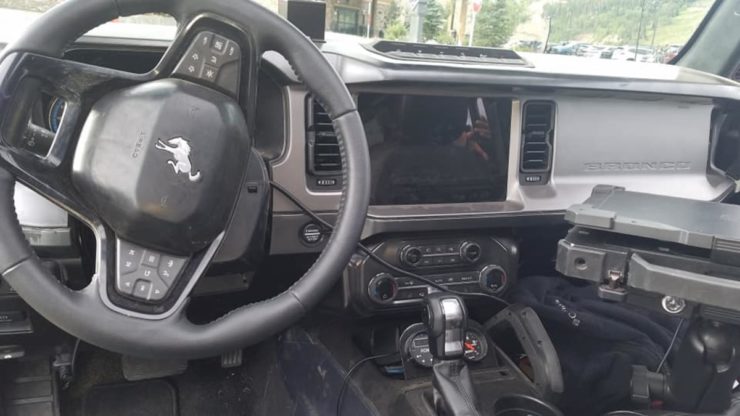