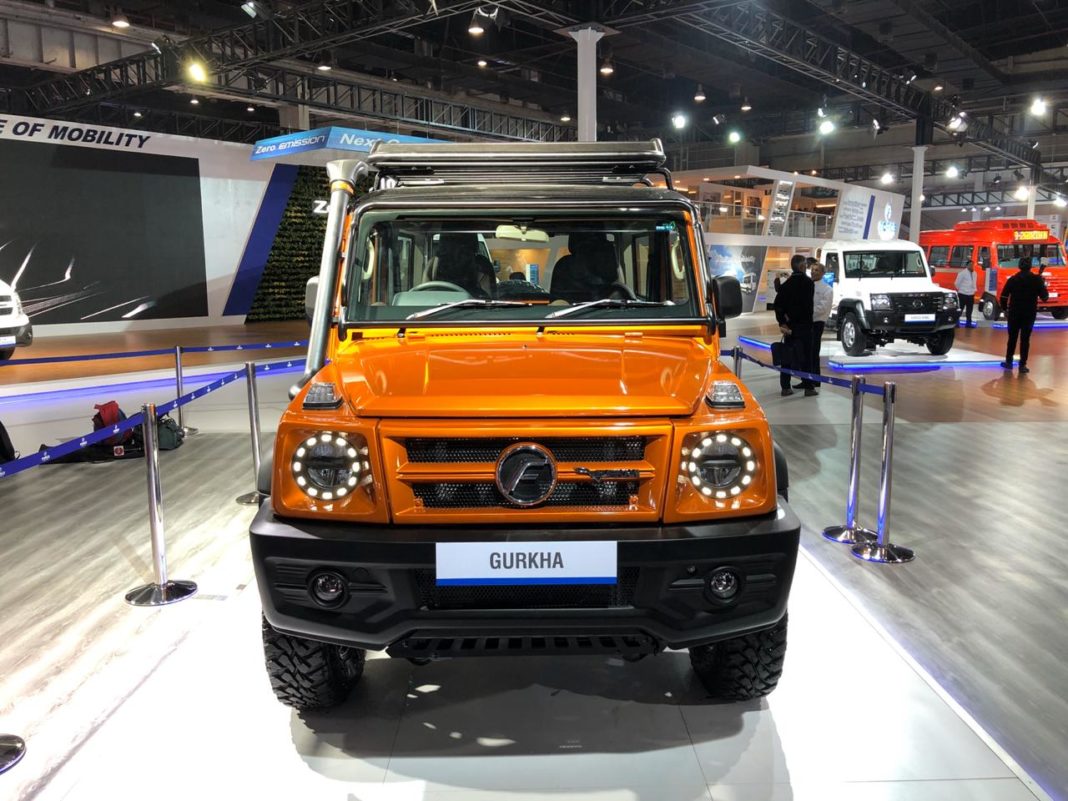 Force Motors Limited was spied testing the updated Gurkha late last year but speculations suggested that the development duties were underway in early 2019. The exterior changes have been made to not just enhance the appeal of the off-roader that directly competes against Mahindra Thar but also to make it comply with new crash test standards.

With the new body retaining the upright stance, the 2020 Force Gurkha is expected to be offered in Xpedition, Xplore and Xtreme trims just as the outgoing model. The prices will more likely be revealed in the coming weeks and the prices will increase by a considerable margin considering the thorough updates both inside and out. 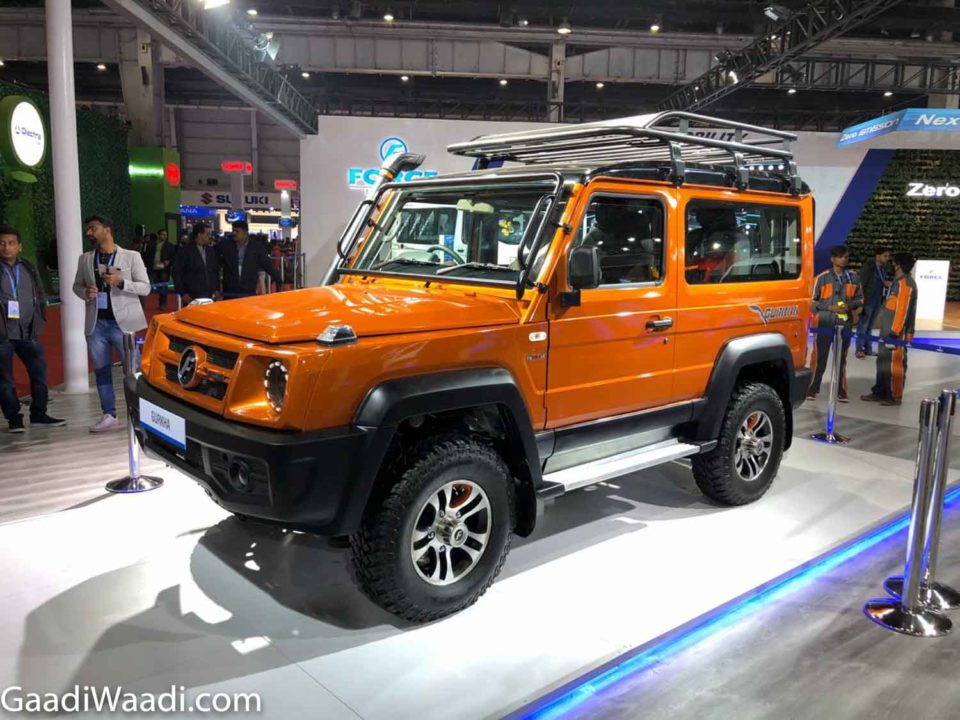 It has been on display at the 2020 Auto Expo with a roof rack and snorkel. The rear end gets wheel mounted tailgate that opens sideways and rounded tail lamps with LED turn blinkers and reverse lights stacked below. Just as the exterior, the cabin gets significant revisions including a brand new dashboard.

The restyled centre console does bring a modern vibe to the 2020 Force Gurkha and it is fitted with a touchscreen infotainment system positioned between the AC vents. The new instrument console comes with a digital multi-info display and a whole host of safety features including dual front airbags, ABS with EBD, reversing sensors, speed warning system, power windows and so on. 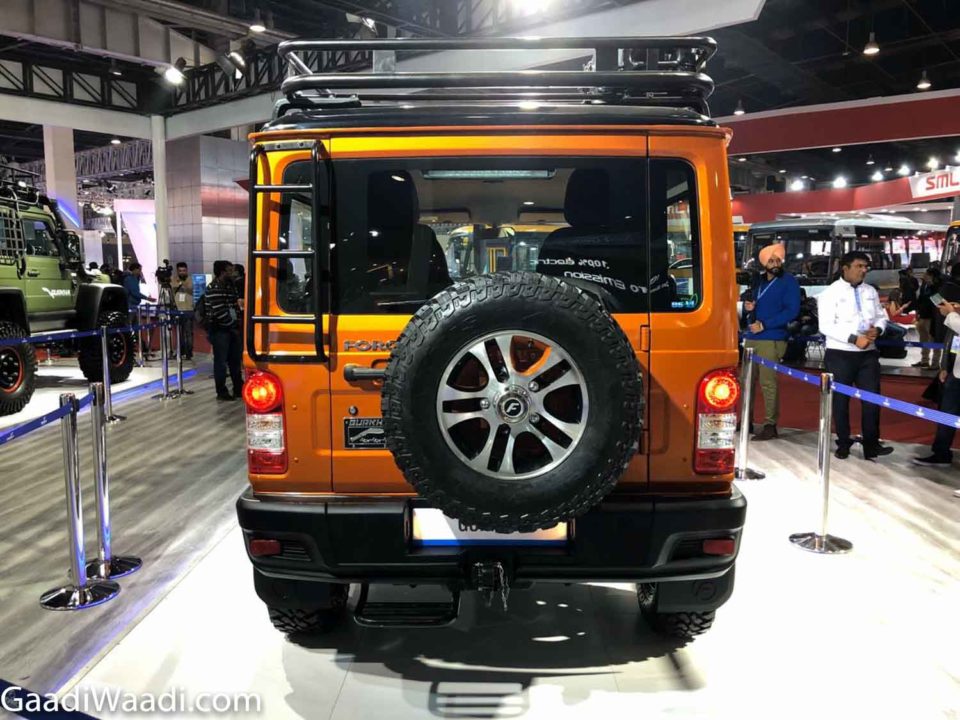 In the 2020 Gurkha, there are four forward facing seats with two individual seats in the second row and a couple of jump seats at the back. Under the hood, the updated off-roader   uses the same 2.6-litre diesel engine now sticking by BSVI emission standards. The more powerful engine develops 90 hp and is mated to a five-speed manual gearbox.

Highlighting mechanical features are independent front suspension, live axle on both ends, manual locking differential, a four-wheel-drive system and so on.