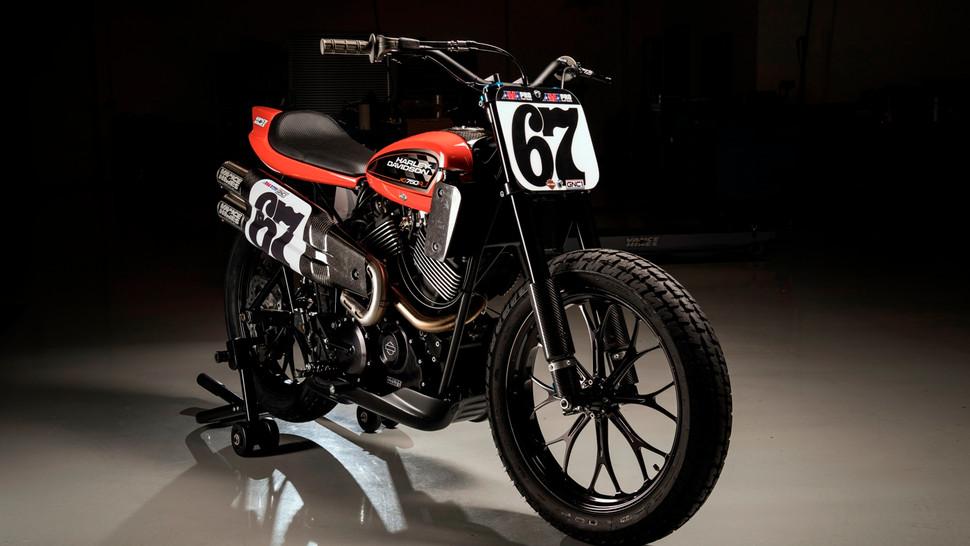 Harley-Davidson is known for being an active participant in motorsport especially in the United States. The vintage motorcycle expert has decided to script a new legacy in the racing world once again but this time it has implemented a whole new thinking. The American manufacturer has snubbed history as the XG750R comes to the fore. The flat track run by Harley-Davidson has the race machine whose design was heavily inspired by the retro styling of the 1970s.

The iconic XR750 which spawned the race bike is no more as it makes way for an all new XG750R. The motorcycle maker has introduced the racer for its factory Screaming Eagle outfit. It will debut at Springfield, Mile, Illinois and ridden by Davis Fisher on Sunday. Based on a completely different bike, that is, the Street 750 Cruiser, the next generation Harley-Davidson racer will look to emulate a decade of success on track. The Harley-Davidson XG750R gets power from the Revolution X 750cc engine instead of the traditional air-cooled Sportster. It is taken from the Street 750 Cruiser but uprated to race specifications. It has masculine looks and in combination with the dirt bike characteristics, it’s surely one of the unique Harley models exist in the world right now. Foraying into the flat track racing, the engine has received customised treatment from Vance and Hines. They have designed the new frame to live up with the demanding scenarios of the dirt track racing. Although, it is based on the Street 750, all the changes done to adapt race conditions would make it look nothing like any of the production-spec cruisers from Harley Davidson’s range. The headlamp unit is understandably been ditched in favour of number plate and as with any flat-track racers, there will be no chain cover and the body is completely exposed. The fuel tank has a sleek design while the exhaust systems is mounted up high for better aero efficiency and remember the side-slung bonkers racer would never have front brake system besides riding on dirt-track prepped special tyres.