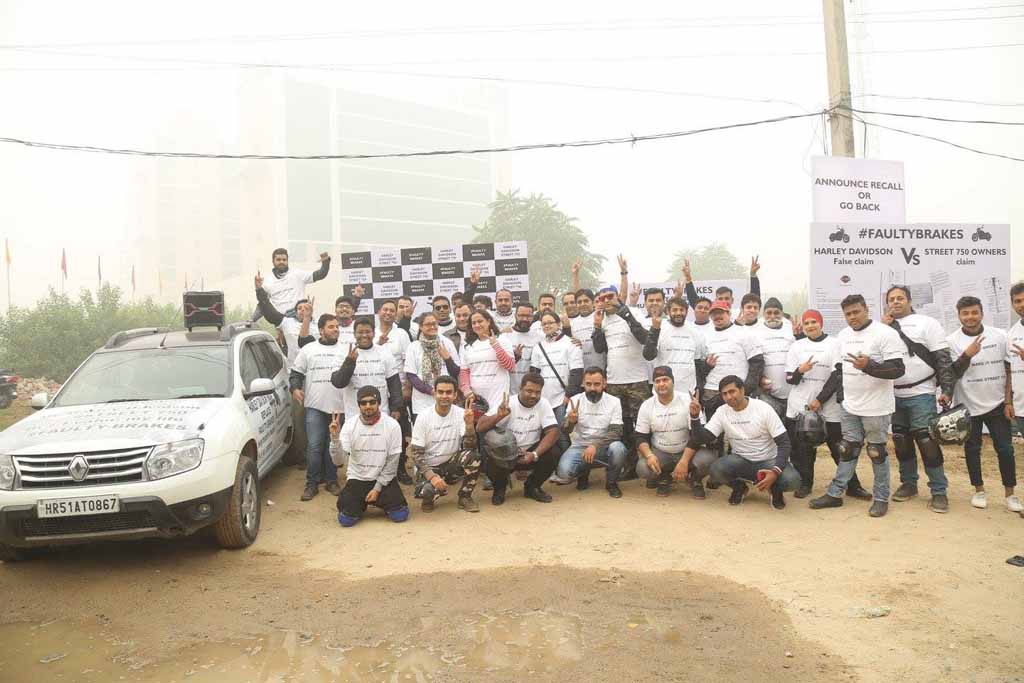 The American bike maker Harley Davidson is facing flak from the Indian Harley customers, specially from the Street 750 owners. The Street 750 is the most affordable motorcycle from the Harley Davidson in India, priced at Rs. 4.91 lakh (ex-showroom, New Delhi). It was first introduced to the Indian market in 2014 Auto Expo and since then, this has been a very popular cruiser for the Harley lovers in the country.

The Harley Davidson Street 750 models, manufactured in 2014 and 2015, have been reported having serious braking problem, leaving the riders in life threatening situations. Despite reporting the issue over and over again to the company, Harley has not shown any interest in taking action to fix this. Instead, the company has reportedly denied any trouble with the Street 750’s braking system. Now, to make the company listen and address the issue properly, the owners of the affected Harley Davidson Street 750 have taken unique strategy to protest. To spread the message, the Street 750 owners are showing protest with boards and placards with written messages like; ‘Stop Playing With Lives’, Your Fault Is Killing Us’, ‘Announce A Recall Or Go Back’.

Also, they have made t-shirts with printed messages on it. The t-shirts come with message like, ‘Harley Davidson Street 750 Faulty Brakes’. Not only that, some customers have even stickered up their vehicles with message like; ‘Harley Street 750 Faulty Brakes’. Hundreds of Harley owners showed protest in Delhi-NCR. They even protested outside HD India events, to make their voice heard. Bollywood actress Mahima Chaudhary also supported the protesting owners. The American brand says, the Street 750 has passed all the necessary tests and not all the owners of 2014 and 2015 Street 750 are facing this problem. It also claims that, the problem may have occurred due to lack of knowledge about how to apply brake. The Harley Davidson Street 750 has sold more than 4,000 units in India since its introduction in the country. The India-made model is exported to various Asian and European markets as well.