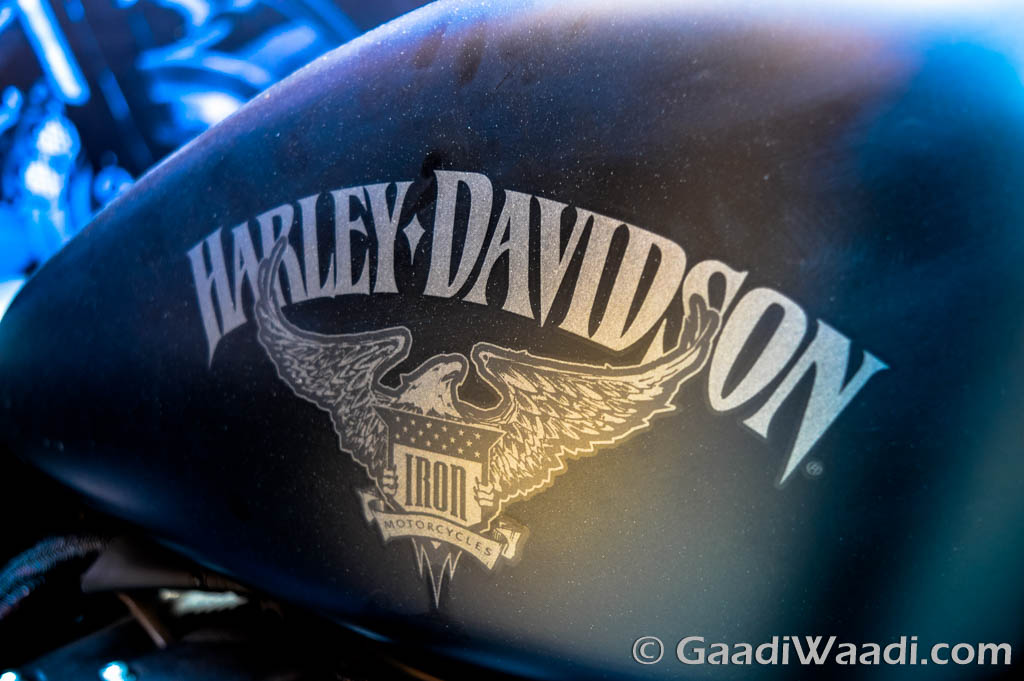 Harley-Davidson showcases custom bikes along with 2016 Street 750, Iron and Forty-Eight in a custom bike competition held at Mumbai last week

Harley-Davidson in India doesn’t leave a stone un-turned to stay in the limelight of prospective buyers, current owners and the press. Organizing rides on a daily basis, hosting events and rock shows and being a huge part of bigger events and much much more.

This time around, they have done more than two things at the same time. H-D has just upgraded its Street 750, Iron and Forty Eight bike for 2016. Street is the one which gets the most of changes as it thoroughly deserved when it comes to brakes. Now getting Bybre brakes at the rear, the front brakes have a H-D emblem on them and we think it will continue to be the same. Rear view mirrors are bigger whilst instrument cluster has been updated with an oil gauge. Heat wrap, better fit-finish, less exposed wiring around exhaust and handlebar are also seen but it is still left to be desired where it will fare-up compared to the competition above and below its segment.

Harley-Davidson Forty-Eight gets new wheels, some changes to the design of the tank and fenders. Mechanically, the rear suspension is improved with springs and dampers. Front end also gets upgraded to fatter 49 mm forks which are now tuned for Indian road conditions. Harley-Davidson Iron 883 also gets new suspension, lighter alloys and comfortable seat with the cushion being changed. Custom bike competition was also witnessed at the venue and there were five contenders from across the nation took participation. All bikes were based on the three bikes mentioned above – the Iron, Forty-Eight and the new Street 750.

All bikes showcased were stunning in terms of looks. We particularly loved the MotoMiu version which was the sportiest of the lot but the other bikes had the heart and soul of old Harley Bikes.