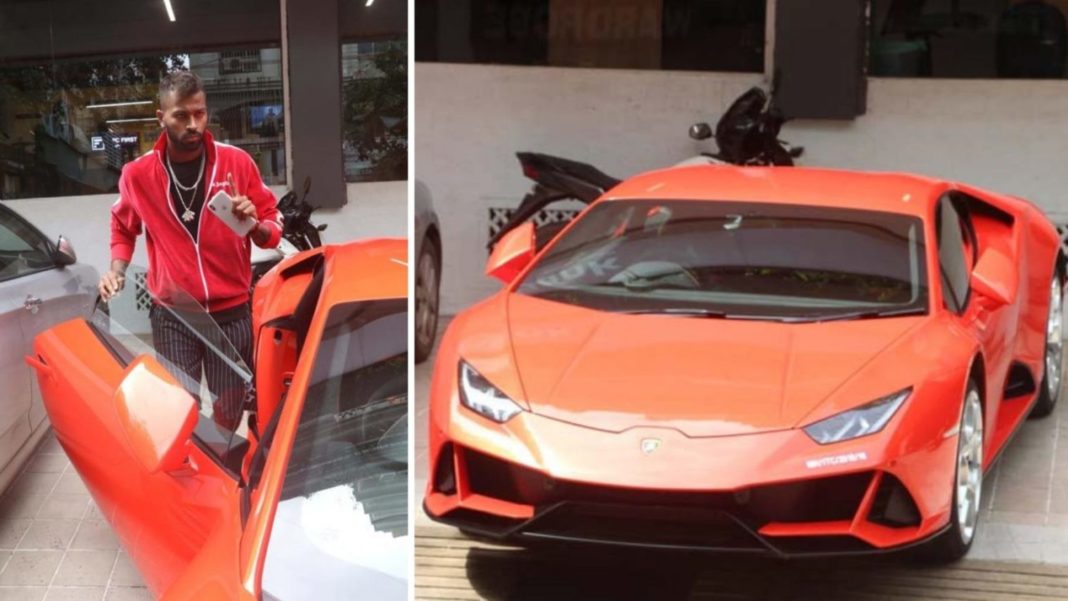 After adding the very tasty Mercedes G63 AMG SUV to his garage a couple of months ago, famous Indian cricketer Hardik Pandya has now even bought a Lamborghini Huracan supercar. The Huracan is among the most renowned supercars around the globe and is the successor of the highly successful Gallardo in its Italian carmaker’s lineup.

In India, the Lamborghini Huracan has a starting price of Rs 3.58 crore (on-road, Mumbai). Of course, choosing the higher variants and various optional features bumps up the price by a huge margin. The Huracan comes to us via CBR-route and its base trim is available with a naturally aspirated 5.2-litre V10 engine that produces 571 bhp at 8,250 rpm and a peak torque of 560 Nm at 6,500 rpm.

The engine comes mated to a 7-speed automatic transmission. The base variant of the Lamborghini Huracan has a rear-wheel-drive layout but the higher versions have a four-wheel-drive setup. The higher versions even get a more powerful version of the 5.2-litre V10 engine. The updated motor produces a maximum power of 630 bhp and 600 Nm.

The supercar is available in both hardtop and drop top body variants, with the latter being sold with the Spyder moniker. If the company is to be believed, the Lamborghini Huracan can sprint from 0 to 100 km/h in 3.2 seconds and hit 200 km/h in 9.9 seconds. The supercar has a top speed of 325 km/h and delivers a fuel efficiency of 8 km/l as per EU tests. Also, it emits 290 g/km of Carbon Dioxide.

The Lamborghini Huracan has a ground clearance of 135 mm but it can be raised to up to 175 mm to help the supercar tackle bad roads and mindlessly created speed-breakers that Indian roads are famous for. At its highest ride height, the Huracan can travel at a maximum speed of 70 km/h.

In India, Lamborghini has a dealership in three major cities – Delhi, Mumbai and Bengaluru. The Lamborghini Huracan, along with other cars in the company’s portfolio, are imported via CBU route from Sant’Agata-based factory in Bolognese, Italy.