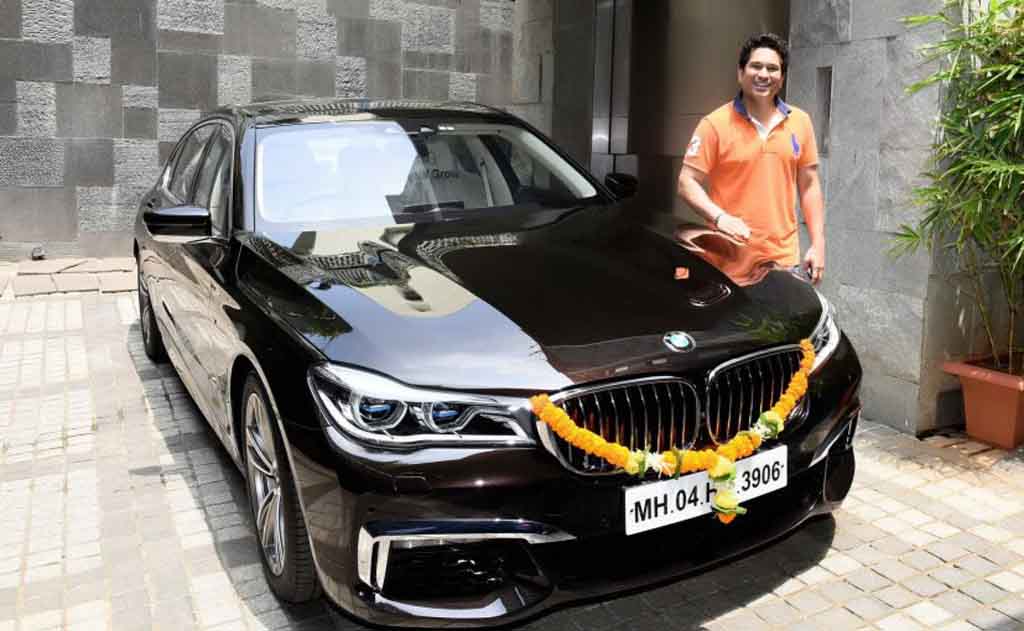 Cricket icon Sachin Tendulkar is known for his sheer passion toward BMW cars as he has several Bavarian cars in his garage. Now he has added one more with the customized new BMW 750Li which comes with M Sport package. Apart from this, Sachin also has other BMW cars like X5 M50d, M6 Gran Coupe, M5 ‘30 Jahre M5’ Limited Edition and BMW i8 plug-in hybrid in his possession. The all new BMW 7-Series was unveiled at the 2016 New Delhi Auto Expo earlier this year. In fact, Sachin Tendulkar himself unveiled the car at the event. The car is based on the Cluster Architecture Rear Wheel Drive platform. In terms of design too, the all new BMW 7-Series comes much more aggressive compared to the outgoing model. Apart from these, the other features include gesture control, remote control parking assistance, heated armrest, ambient air freshener etc. Power comes from a 4.4-litre, 8-cylinder TwinPower Turbo V8 petrol engine. This engine is mated to an 8-speed automatic transmission and churns out 450 bhp of peak power and massive 650 NM of peak torque. The car can reach 0 – 100 kmph in 4.7 seconds with a top speed of 250 kmph.