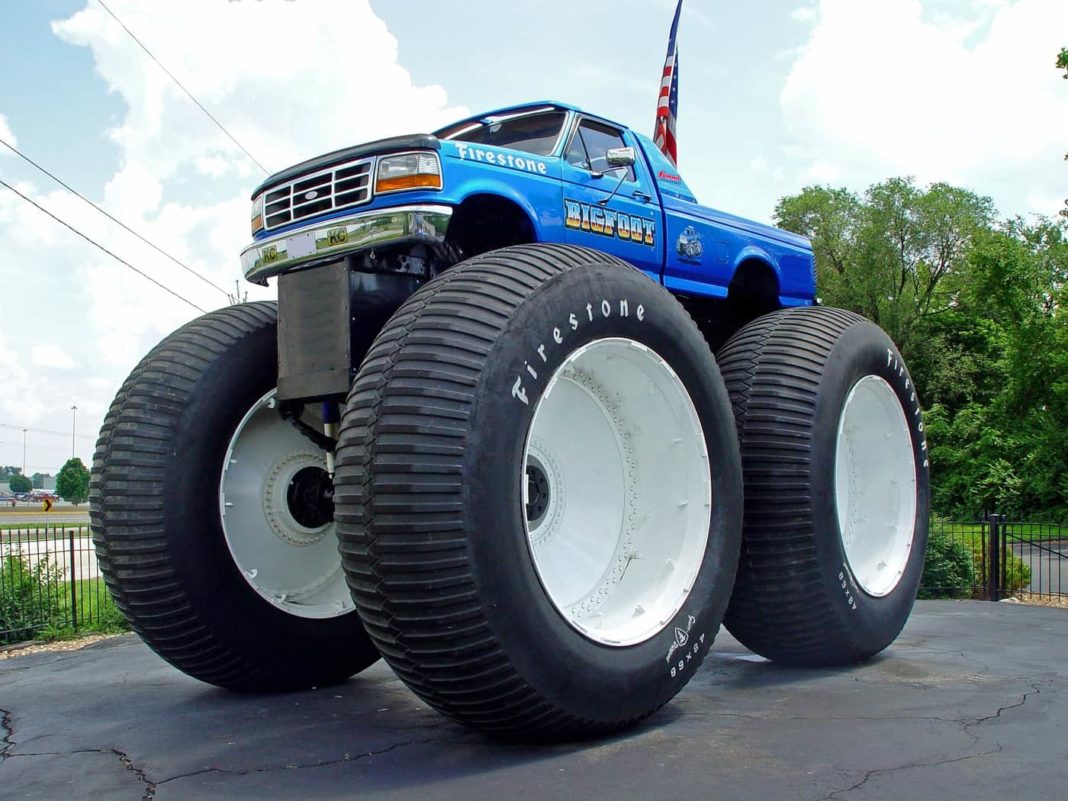 Here, we take a look at the largest example of the world’s most insane genre of vehicles, the Bigfoot #5 monster truck

We’ve all seen monster trucks, on the television, jumping around, performing mad stunts, and sometimes even crushing a few smaller cars into metal sheets. Even among such behemoths, there is one that stands above all, the appropriately named ‘Bigfoot #5’ (read Bigfoot number five).

Bob Chandler, the man responsible for creating the first-ever monster truck, bought himself a Ford F-250 in 1974 to race in his spare time. The gruesome off-road tracks would often break his pickup truck, and Chandler would find himself fixing bigger parts in place of the older ones. Thus, over time, his truck became much larger than the regular F-250, and he started gaining attention for his work.

Bob christened his truck ‘Bigfoot’, as an inside joke about his “big foot” that he always kept hard on the gas pedal. Because of its growing popularity, Chandler built more examples, and soon plenty of other imitators joined the fray, giving birth to America’s monster truck culture. Recognising the demand for such vehicles, Chandler, along with his wife and a friend, founded the ‘Midwest 4 Wheel Drive Center’ in his garage, offering modification services for pickup trucks.

The Bigfoot #5 was built in 1986, and it was a giant by all standards. It was 4.7 metres tall, and wore massive tyres with a diameter of 3 metres! Each tyre weighs over a tonne, and the entire vehicle stands at 17,200 kg. As can be seen here, the front and rear tyres are only separated by a few inches, which looks quite insane.

Changing these tyres is a hassle of its own, requiring heavy machinery and extreme patience. As can be seen in the video, climbing into the truck requires, well, literal climbing! We see the driver climb on to the rear axle first, and then make his way onto the cabin via the wheel arch.

In 2002, the Bigfoot #5 was crowned as the tallest, widest and heaviest monster truck in the world by the Guinness Book of World Records, gaining worldwide recognition. The vehicle is currently kept on display in Missouri, USA. Bob Chandler has made over 22 trucks till date, with at least one of them being an electric vehicle!