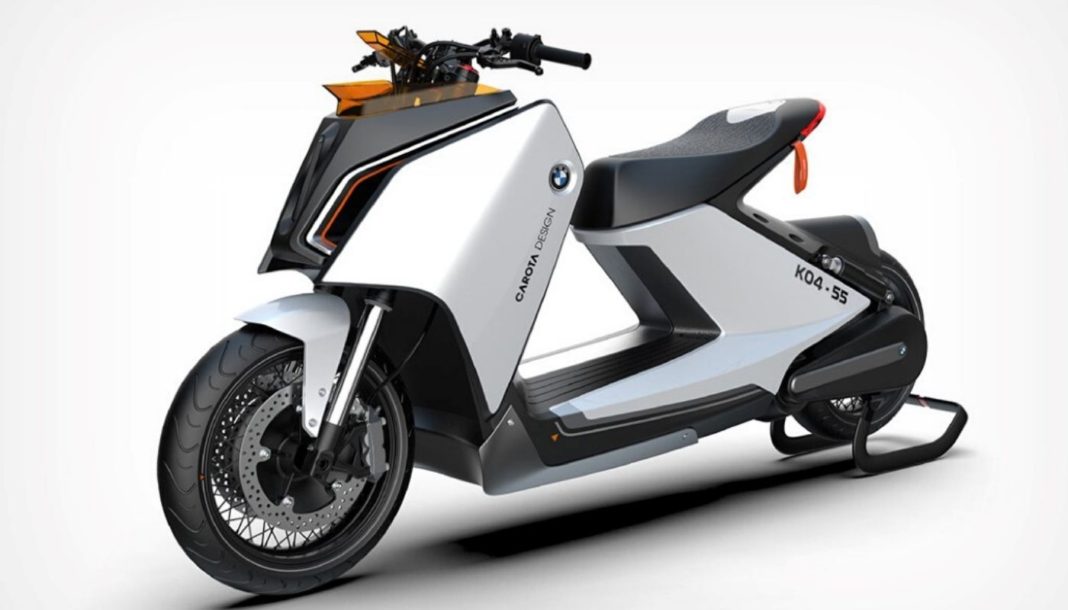 Seeing the Carota Design’s electric scooter concept will make you wonder why hasn’t BMW Motorrad already considered making it because it is that darn good. The German manufacturer recently stopped the C Evolution zero-emission scooter as only the IC-engined C 650 GT and C 400 X are offered.

The BMW Motorrad E-Scooter Concept By Carota Design takes plenty of inspiration from the latest range of C-series scooters. It must be noted that the styling direction is also influenced by the Concept Link introduced three years ago. The major difference has to be the sleeker front end of the Carota K04-55 while retaining the futuristic appeal.

It has a long wheelbase with the rear wheel stretched far behind and it remains exposed while the tail section rises towards the end. Its peculiar Z-shaped design when looked from the sides enables more space for the rider’s legs and perhaps for some everyday luggage too. Beneath the seat, the battery pack and the electric motor are mounted but the under saddle storage could be limited, except for some accessory brackets if provided. 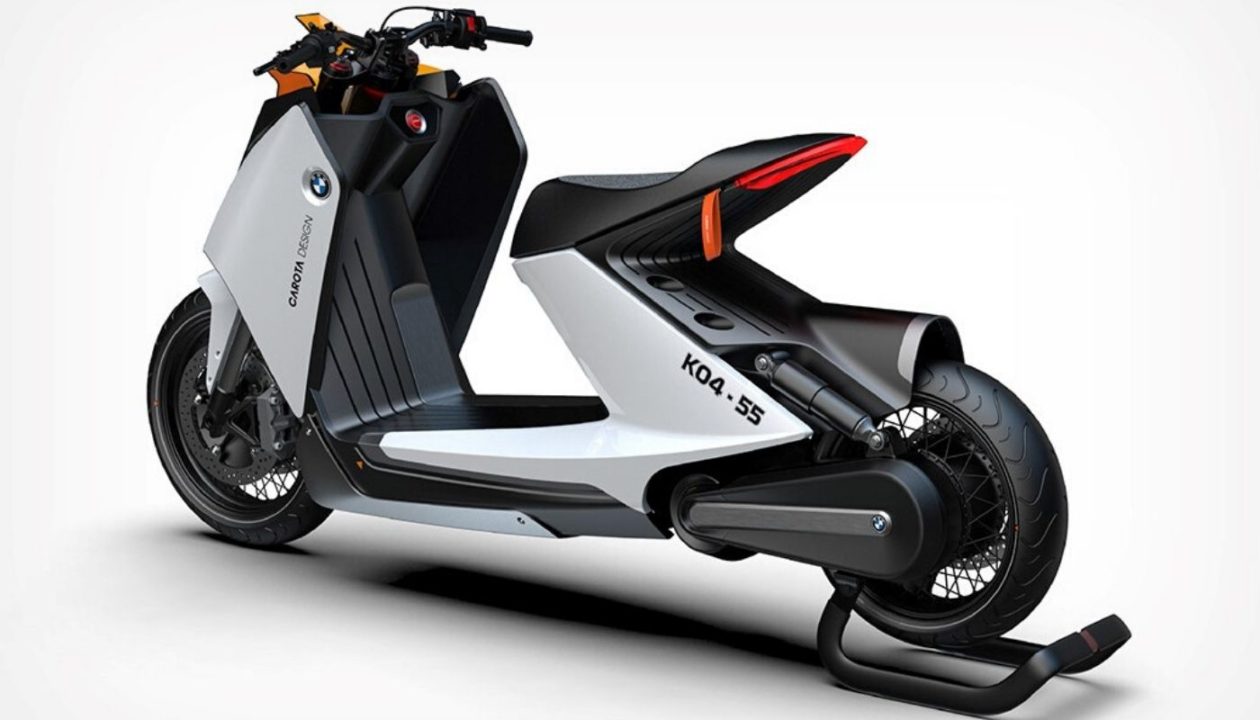 You do get a feel that even mounting a top box or a pannier is difficult with this sleek design. BMW Motorrad unveiled the Concept Link at the Concorso d’Eleganza Villa d’Este 2017 and was said to combine the challenges of urban mobility of tomorrow with the opportunities of a digitalised world.

The company believed that by connecting rider, vehicle and environment allows for a completely new riding experience with the design study with “reduced styling” according to the brand’s Head of Design. The Concept Link did not offer any good storage space either but the C 650 GT and C 400 X are more practical with plenty of space.

Providing ample space is one of the main reasons for people buying these maxi scooters. The Concept Link may not ever make it to production but a more conventional scooter with an electric powertrain inspired by the concept cannot be ruled out in the future.