Toyota Kirloskar Motor (TKM) has the Fortuner and Innova Crysta as two of its top-selling models in the Indian market over a long period of time. Both the models absolutely dominate their respective segments and last month was no different as the Fortuner led the way ahead of VW Tiguan, Skoda Kodiaq, MG Gloster and Citroen C5 Aircross.

The seven-seater SUV garnered a cumulative domestic tally of 2,022 units in the month of April 2022 as against 1,414 units during the same period last year with a YoY volume increase of 43 per cent. The Fortuner is getting a brand new rival in the form of Jeep Meridian soon and in response, the range has been extended with the addition of the GR Sport variant.

The newly launched Toyota Fortuner GR Sport sits at the top of the range with a slew of visual and interior updates and it derives power from the 2.8-litre four-cylinder GD turbo diesel engine producing a maximum power output of 204 PS and 500 Nm and is paired only with a six-speed AT. The new variant could help in further increasing the sales numbers. 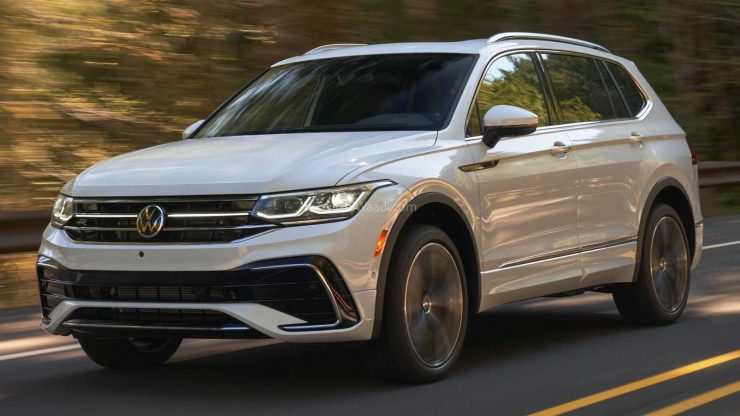 The Volkswagen Tiguan moved up to second with a total of 131 units last month while its cousin, the Skoda Kodiaq, registered 87 units. The MG Gloster could only manage to post a tally of 83 units as against 302 units during the corresponding period in 2021 with a YoY negative sales growth of 73 per cent in the domestic market.

The Citroen C5 Aircross posted 51 unit sales and is the only model sold by the French automaker in India. It will bring in a new volume-based compact SUV known as C3 in the coming months. The Mahindra Alturas G4, the rebadged version of the SsangYong Rexton G4, was the sixth most sold full-size SUV in India last month.