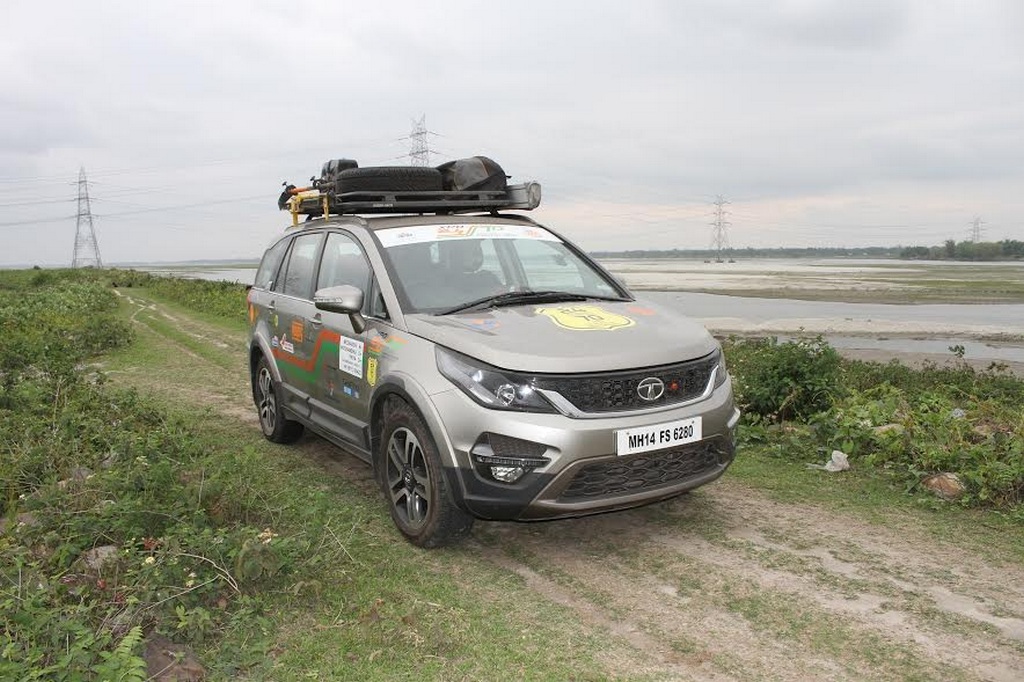 Marking the importance to create awareness on women empowerment, Dr. Najma Heptulla, Governor of Manipur, signalled off a team of four adventurous women from Imphal last week on their venture to raise monetary funds for the Rotary India Literacy Mission and to pay homage to the 70th anniversary of Indian Independence.

The four brave women – Meenakshi Aravind (from Coimbatore), Mookambika Rathinam (from Pollachi), Ruckmani V and Priya Rajpal (from Mumbai) – started their ‘XPD 24-70’ mission in a Tata Hexa SUV. They are all Rotarians, who stepped aboard on a women expedition from Coimbatore on 26th March and, will be ending their tour in London with Imphal marking their last stop in India last week. 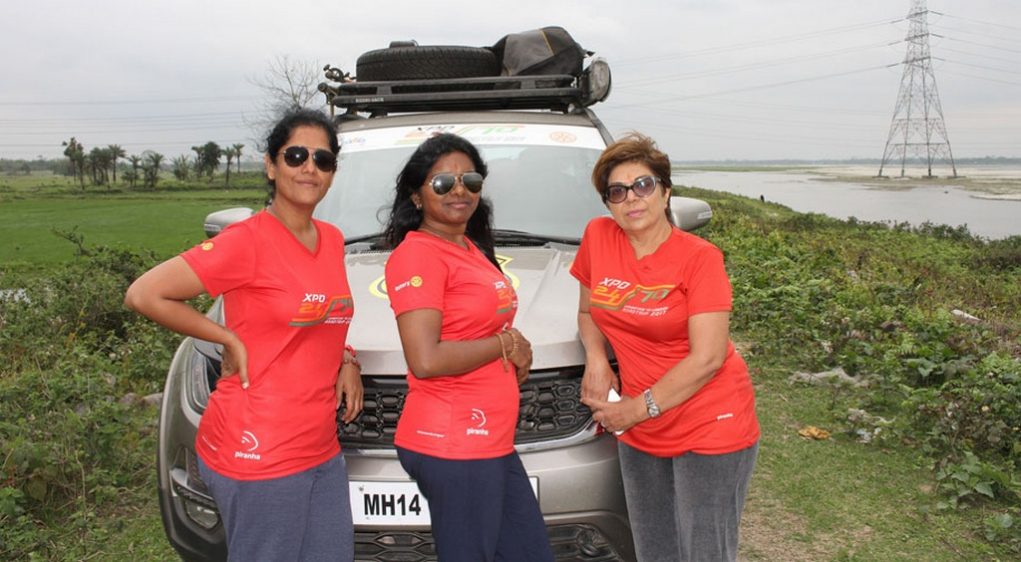 In this historic international expedition, the recently launched Hexa has been their weapon of choice for tackling different kinds of road conditions through their journey covering 24 countries in 70 days and spanning a massive 24,000 km in 8 time zones. An automatic variant of the Hexa has been sponsored to the team by Tata Motors alongside providing service support to the team in their wearying road-trip.

The Tata Hexa is powered by the 2.2-litre VARICOR 400 diesel engine, delivering a class-leading 400 Nm of peak torque torque and 156 PS of maximum power. In order to see through on average 400 km a day, the Hexa’s Super Drive Modes enable the switch between four different driving modes – Auto, Comfort, Dynamic and Rough Road.

The all-wheel drive (AWD) system is electronically controlled with the help of an adaptive system by Borg Warner with the torque on demand feature. For this grueling voyage, the Tata Hexa has been equipped with variety of accessories like a roof platform, a canopy, luggage bags, high lift jack, shovel, jerry can, a navigation unit and a wireless charger.

The journey was planned by Meenakshi for six months and it has its routes through Myanmar, China, Kyrgyzstan, Uzbekistan, Kazakhstan, Russia, Belarus, Poland, Slovakia, Hungary, Romania, Bulgaria, Macedonia, Serbia, Croatia, Austria, Czech Republic, Switzerland, France, Belgium and Netherlands before pulling over at London on the 5th of June.

Travelling through central Asia will be one of their toughest parts of the mission. For support and to be on the scheduled timeline, they have taken a guide in China and Kyrgyzstan, and military support in Myanmar. Tata Motors has extended its servicing support beyond Indian borders as well and the women were said to have undergone two days training at Tata’s factory in Pune as a preparatory measure.