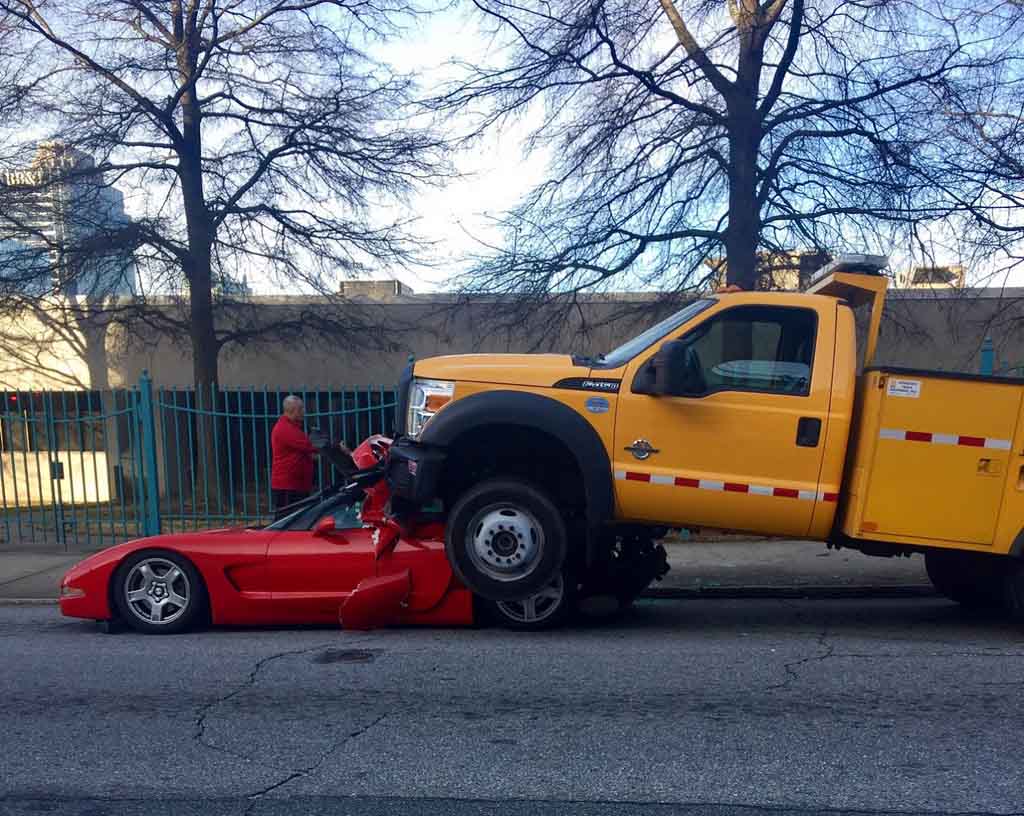 Ford Truck crashes into Chevrolet Corvette and landed on top of it; luckily driver of the sportscar miraculously survives

A Ford city truck in midtown Atlanta crashed into a fifth-generation Chevrolet Corvette and ended up being on top of the sports coupe. However, the driver of the Corvette survived luckily, but his car was not so lucky. It is not clear how the accident took place, but the image suggests the truck simply rammed into the red Corvette.

The Chevrolet Corvette is pretty low sitting car compared to the large and high riding truck obviously. This could be a reason, as the driver of the Ford truck could have missed the sports coupe until it was too late. No matter what, the scary image simply reveals how the beautiful Corvette was literally steamrolled by the large and heavy truck. 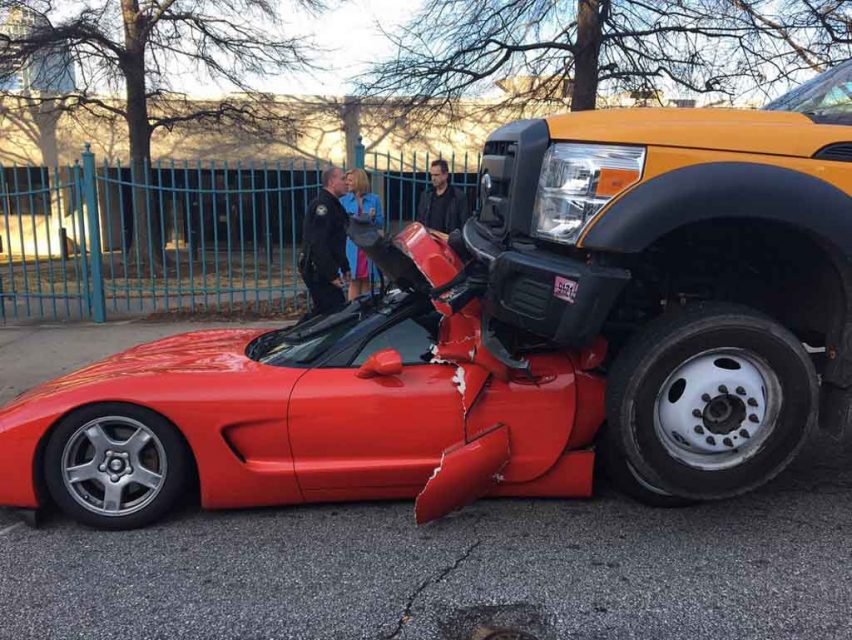 The fifth-generation Chevrolet Corvette was produced between 1997 and 2004. Initially it was available in only coupe variant, but later a convertible was also introduced and built on a completely new platform. Chevrolet incorporated more curvaceous designed to this car and it was based on a more rigid chassis that improved handling. The aerodynamic efficiency of the fifth generation model was much more improved compared to its predecessor.

Power source for this model was a new all-aluminum LS1 small block V8 engine that was completely redesigned. This engine came with a distributor-less ignition and a new cylinder firing system. The engine was initially capable to churn out 345 bhp of peak power and 470 Nm of peak torque, but later the power output was increased to 350 bhp of peak power. 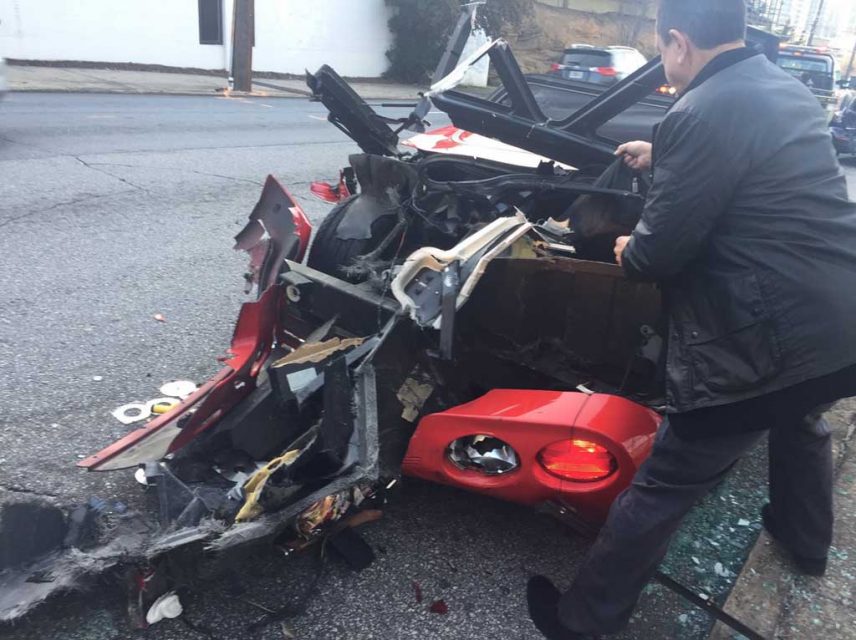 Fuel efficiency of the fifth-generation Chevy Corvette was significantly improved thanks to the reduced weight and more aerodynamic design. The iconic sports car was first introduced in 1953 and it has been one of the long standing models in the arena of popular sports cars. Currently, the Corvette is in its seventh generation that was introduced in 2014.