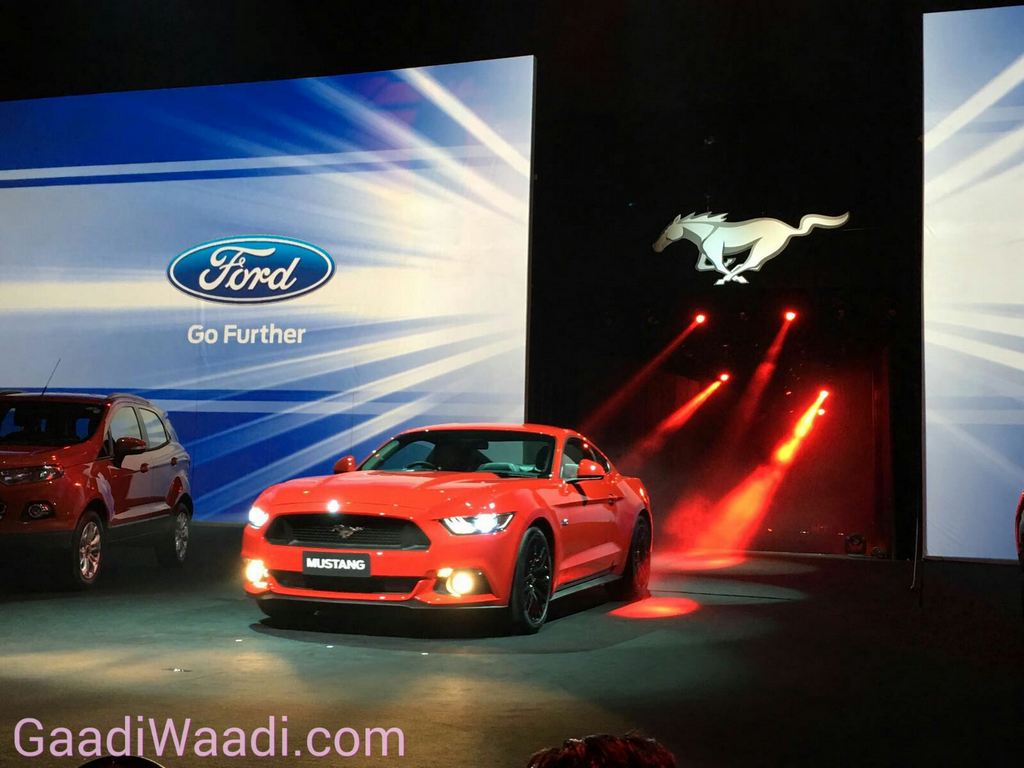 Due to high demand, the iconic muscle Ford Mustang waiting period is getting extended; India launch this quarter

To get the all new Ford Mustang buyers in UK have to wait around six months or even more time, which is caused due to the high demand for the iconic performance car. Some people have been waiting for around 14 months even to receive the car. Until now, around 1000 units of the all new Ford Mustang has been delivered to the UK customers with the orders presently surpassing the 3500 mark.

The story doesn’t end here, as not only the Ford Mustang, but all other new breed of performance cars from Ford has seen rising demand in the island nation. For instance the Ford Focus RS has already recorded 1500 orders in just one month, which has made it the bestselling car of UK in recent most past. Ford has unveiled the all new sixth generation Mustang in India on 28th January, 2016; and they showcased the model at the New Delhi Auto Expo 2016 as well, where the Mustang was the showstopper at Ford pavilion. The new Mustang sports a dynamic appearance which is aggressive, stylish and appealing at the same time. It might be restyled in many ways, but the DNA is same. Launched in early 1970s Mustang has already crossed 50 years mark, and it becomes more and more popular with every passing years.

The interior of the new Mustang comes with a premium appearance. It gets multifunction steering wheel, dual pod instrument cluster with a digital display as well, a classy touchscreen infotainment system at the centre console.

The India spec Mustang is expected to come in GT variant only, which will get a 5.0 litre supercharged V8 engine under the hood paired with a six speed dual clutch automatic transmission ready to send all the power to the rear wheels. The powertrain churns out 395 bhp of peak power at 6500 rpm and 515 Nm of peak torque at 3000 rpm. Expect the famous car to be priced at around Rs. 80 lakh in Indian market, when it gets launched in the country.