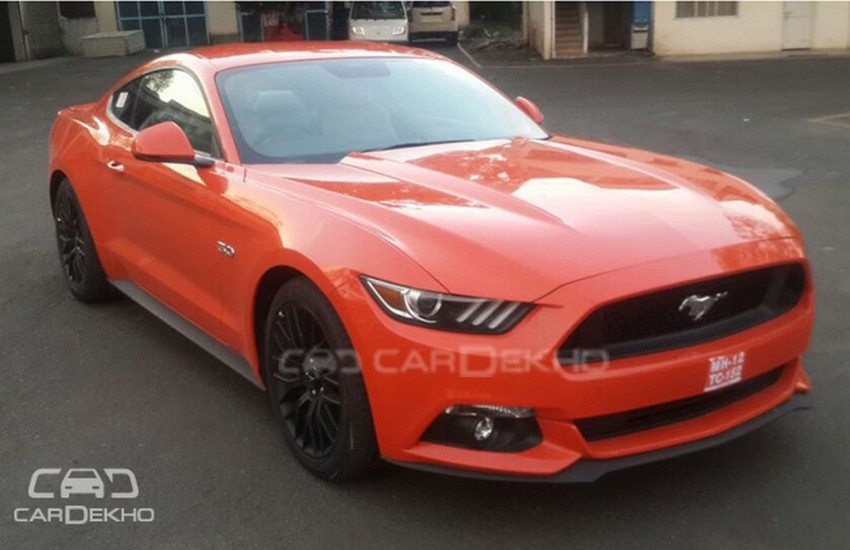 The iconic muscle car is coming to India. We expect the rest of the manufacturers to follow!

Ford already announced that the iconic Ford Mustang, the pony car, the muscle car or whatever else you wanna call it is coming to India soon. Reports suggested that the car was imported to India for testing reasons and the launch process is being speed-ed up. Finally it has been spotted in India at the ARAI facility where the fuel economy and homologation testing happens for India. The new Ford Mustang is something the Ford globally is proud for as it design is made to woo enthusiast and remind them of the Mark 1 Ford Mustang, the original pony car. Mechanically there are three engine options and two transmission on offer. The 2.3l Ecoboost, the 3.7l naturally aspirated engine and the full banana, the 5.0l naturally aspirated V8 mated to a 6-speed manual gearbox as well as an automatic gearbox. The Ecoboost has 310 BHP while the 3.7l V6 has 300 BHP. The 5.0L V8 has 435 BHP and 542 Nm of torque. Don’t expect the other two engines to come to India as of now. The 5.0L V8 has been spotted with an automatic transmission and manual could be offered later or will be made available on order. India launch is expected by Diwali 2015 or early 2016. The pricing for the car is unknown but reports suggest it should be around 65-70 lakhs. Muscle cars are known for being cheap and fast cars throughout the world. You could either buy the BMW 5-Series top variant for the money of the iconic Ford Mustang. 435 BHP muscle car horsepower or 250 BHP of turbo diesel, you choose. The car is a two door unit which will come with back seats but is best used for two people in the front and kids at the back. We expect the competition to follow such as Dodge Challenger, Chevrolet Camaro to come to India as well and fight the war in India, a country where social life and goals are the same as the United States and the only difference is the languages we speak.