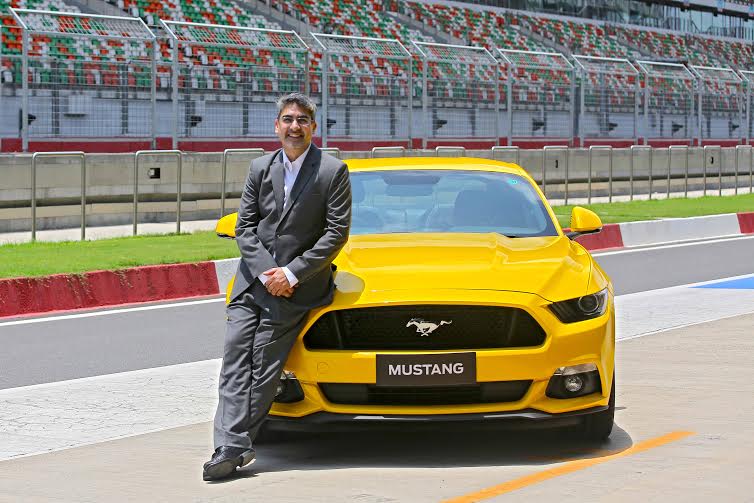 Ford had given the green light to unveil a quarter mile obsessed legendary American beast for the Indian market earlier this year. Rolled off the production lines from the company’s Flat Rock assembly unit in Michigan, the 2015 Ford Mustang marked 50 years since the original muscle car came out defying the perception of performance-biased hardtops.

The latest incarnation has independent rear suspension with lightweight aluminium construction compared to its predecessor and will be sold as a right-hand drive model. Here are the must-know factors about the new Ford Mustang. The pony carcar launched commercially yesterday will be imported into the country through CBU(Completely Built-Up Unit) route and will carry a price tag of Rs. 65 lakh for the GT model (ex-showroom,Delhi). The powerful naturally-aspirated 5.0-litre V8 unit will be the sole offering for India which is electronically limited to top out 250kph and can do 0-100kph in just four seconds. It only makes 395.5bhp and 513Nm for India. The engine will be made to a six-speed automatic gearbox with paddle shifters.

It also comes equipped with 19-inch alloy wheels and independent suspension at front and rear. The dashboard has been embossed with the Running Horse insignia and will have performance package brakes, xenon headlamps and leather upholstery. Heavily influenced by the Evos concept showcased at the 2011 Frankfurt auto show up front with sharp styling and wedged edges, the rear features the iconic Vertical Bar taillamps with LED. The interiors boast an airplane inspired cockpit with increased body width and a larger cabin similar to the fabled Ford GT.