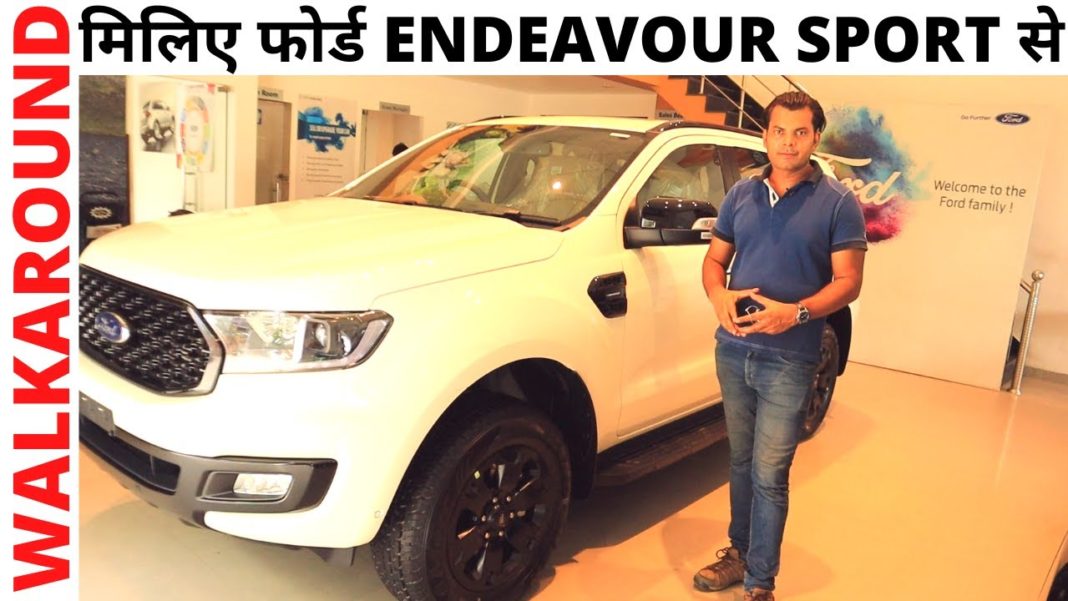 Ford Endeavour Sport will lock horns with the Toyota Fortuner TRD limited, and will cost slightly more than regular Endeavour

Earlier this month, an undisguised test mule of a special edition variant of the Ford Endeavour SUV was spotted on test, followed by a sighting at a dealership yard. The said variant was none other than the Endeavour Sport, which is basically a limited-edition variant of the full-size SUV that gets some visual enhancements to enhance the SUV’s visual appeal.

Now, Ford has released a teaser image of the upcoming Endeavour Sport on its official social media accounts. It will be launched soon in India on September 22 and here we have a walkaround video out it already from a showroom. Talking about the Endeavour Sport, Ford already retails the said variant of the SUV in the Australian market, where it is sold as the Everest Sport since late last year.

As compared to the regular Endeavour currently on sale, the Sport edition distinguishes itself with a dark theme. The chrome elements of the Endeavour will be replaced with black inserts to make the car look sportier. Up front, the Endeavour Sport will sport an all-black grille with a mesh pattern, along with a blacked out lower bumper.

Apart from that, the Sport variant will also get a new set of blacked out alloy wheels, black wing mirrors, as well as a black rear name-plate marque and rear bumper insert. In addition, the ‘Sport’ badges on the tailgate as well as the bottom of the rear doors will let everyone else know that it is not a regular Endeavour that you’re driving.

While Ford hasn’t revealed the interiors of the car yet, we expect the black theme to be carried over to the cabin as well. No changes are expected to be made to the Endeavour’s engine and the limited edition is expected to help in bringing more customers into its fold during the festive season time.

That being said, the popular full-size SUV uses a 2.0-litre four-cylinder diesel engine that generates 170 PS of maximum power, along with 420 Nm of peak torque. The transmission duties are handled by a 10-speed automatic gearbox as standard.