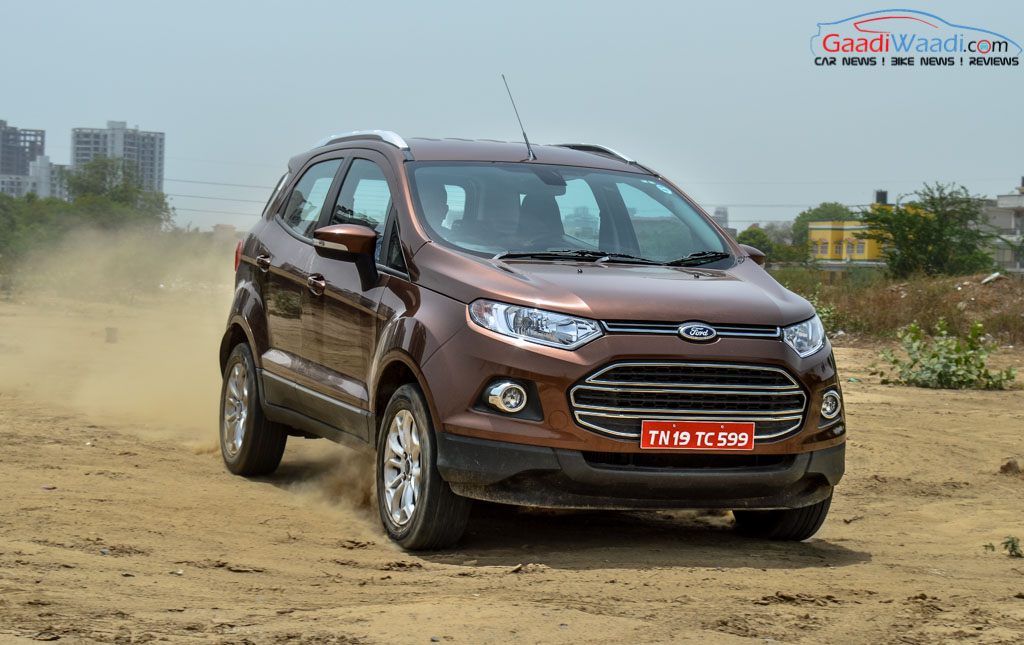 The EcoSport is the bestselling vehicle of the American auto manufacturer in India. The company is working on a new EcoSport, which will come bearing several design and feature updates. The EcoSport has always been one of the very popular models in the highly in demand compact SUV segment in Indian market. The biggest rival against the car has been the Renault Duster, but since the Maruti Suzuki launched the Vitara Brezza earlier this year, the game changed drastically. In July, 2016 the EcoSport sold 4,885 units and became the third bestseller model in the utility vehicle segment. The notable competitors against this car in the compact SUV segment are the Maruti Suzuki Vitara Brezza, Renault Duster, and Hyundai Creta. Meanwhile the American automaker’s all new EcoSport will come with revised design sometime in 2017, which will surely take the game up for the car. The car is expected to come sporting a new radiator grille, new set of headlamps, tweaked front and rear bumpers. The interior will come with new instrument cluster, new HVAC vents and a completely redesigned centre console, which will be equipped with a Ford SYNC 2 touchscreen infotainment system as well.