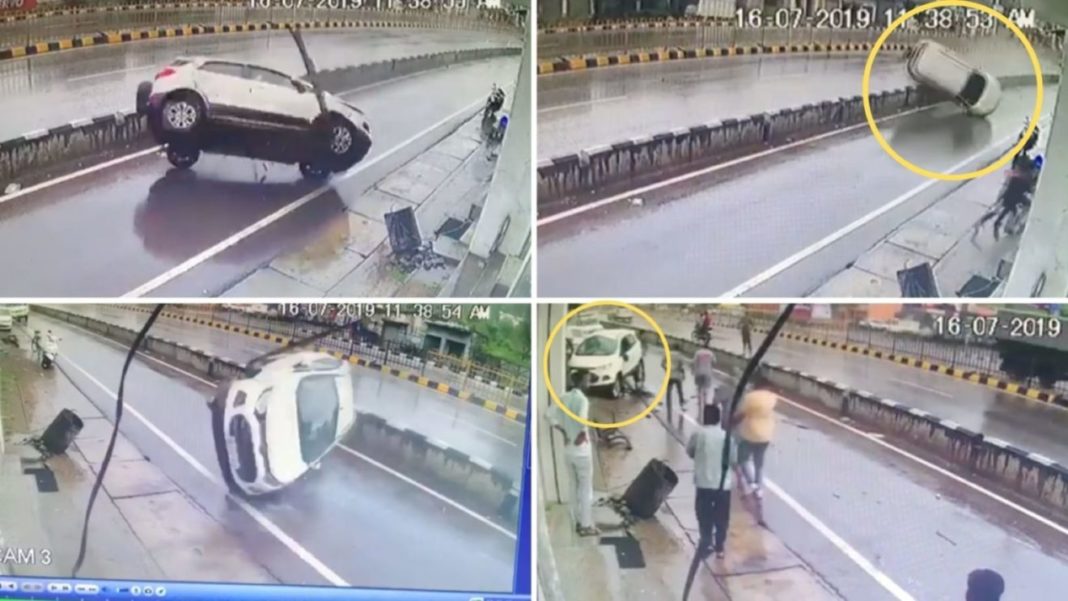 CCTV footage shows a Ford EcoSport rolling over multiple times after seemingly losing control, driver known to have escaped without any major injury

The Ford EcoSport has been around for a while now and is currently the oldest model in the pack of compact SUVs on sale in the country. In spite of its age, however, the sub-4-metre SUV enjoys a dedicated set of followers who swear by the SUV’s powerful engines, great dynamics and high build quality.

Last month, the Indian car market saw the introduction of the Ford EcoSport Thunder Edition, an option pack available on the Titanium trim with 1.5-litre petrol engine variant. The Thunder version comes with a host of cosmetic updates that make the car look sportier than the regular version.

The Ford EcoSport made some more news recently when it came to light that its manufacturer has silently removed SYNC3 infotainment system, leather upholstery and cruise control from the Titanium+ variant. Well, the sub-4-metre SUV is once again in news, and this time around, it’s a for a pretty good reason.

A recent post on Facebook brings to light that a Ford EcoSport that was apparently travelling at a pretty high speed on a highway near Pathankot has met with a massive crash. As per the CCTV footage, the compact SUV, which seemingly lost control, rolled over multiple times before stopping on its all four on the roadside.

At first look, anyone going through the video footage would be rather horrified with the way the EcoSport had multiple roll-overs at a pretty high speed. However, thanks to the great build quality and the safety features that the Ford EcoSport comes with, the driver seems to have walked away unhurt. As per a witness, he saw the SUV roll several times at a pretty high speed before coming to a stop.

The onlooker says the driver seemed to have lost control after dozing off behind the wheel. However, in spite of the severity of the crash, the driver got out of the car without any major injuries. The latest incident is yet another of many such happenings where the great build quality of the Ford EcoSport has kept the occupants safe and secured in such unfortunate events.

While the trim level of the SUV involved in the latest crash is unknown, the top-of-the-spec model comes with a pretty long list of equipment, including 6-airbags, ABS with EBD, rear parking sensors with camera and more. The recent mishap reinforces our belief in the high occupant safety that the EcoSport offers.