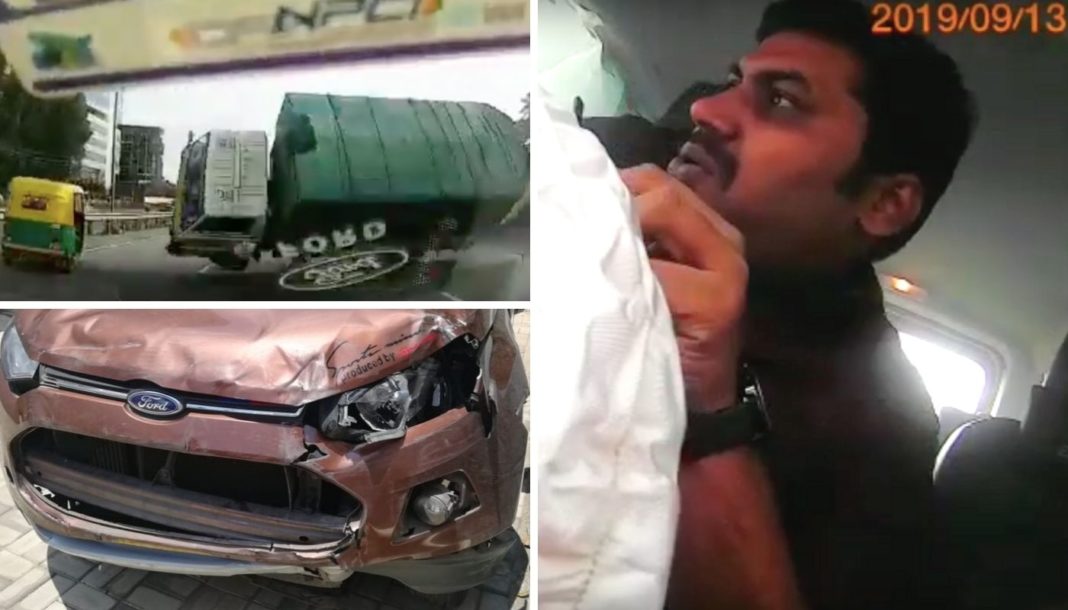 A dashcam video of a Ford EcoSport in Bangalore has gone viral on social media. This video was captured on the morning of September 13, 2019. It shows the EcoSport travelling at a decent speed when suddenly, a truck comes flying in front of the vehicle. Of course, it was too late for the brakes to save the Ford EcoSport from a collision and the EcoSport had a head-on collision with the truck.

It was being said that the speed of collision of the Ford EcoSport with the truck was about 100 kmph, which, while not too high, wasn’t too low either. The video shows that the airbags deployed and the driver looked totally shaken but completely unhurt.

From the looks of it, the truck that jumped the divider to land in front of the EcoSport suffered a puncture and was uncontrollable. Also, both the driver and the co-driver of the truck have survived the crash. However, they were rushed to the hospital as they had sustained some injuries.

The driver of the Ford EcoSport, however, escaped this rather horrifying crash completely unhurt. Apart from the front and the side airbags, it’s also the great build quality of the SUV that totally saved the day.

You can see the driver of the Ford EcoSport exiting the car immediately after the crash, which meant even the driver’s door opened easily in spite of the huge damage the car had suffered. 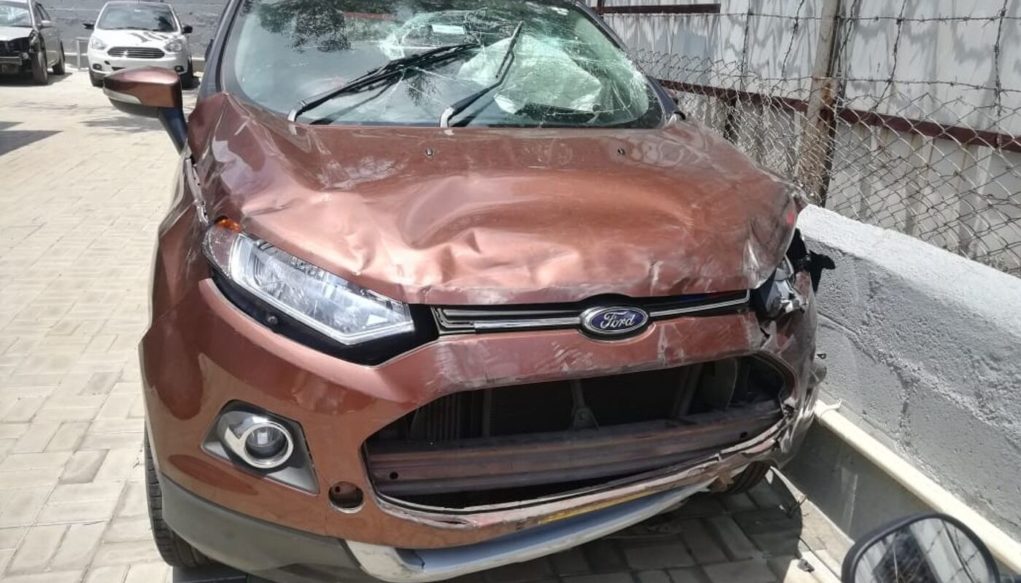