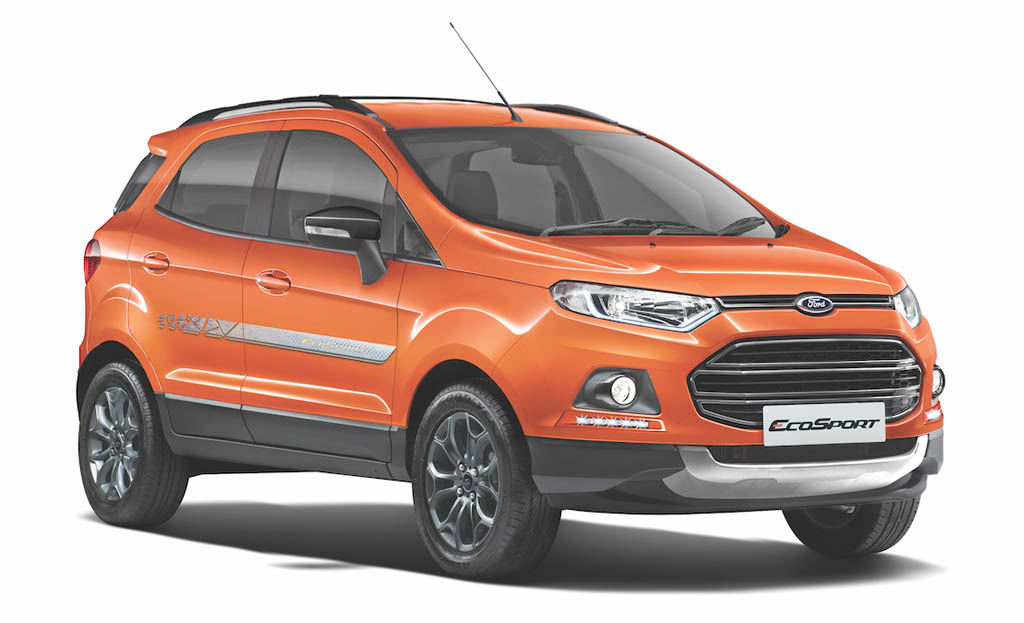 Ford EcoSport is one of the most popular compact SUV of Indian market at present. To boost the EcoSport’s sales during this festive season Ford India has launched a special edition of the car in India at Rs. 926,194 (ex-showroom, Delhi). Dubbed as Signature Edition, the special edition is based on the Ford EcoSport Black Titanium variant, and it features Rs. 37,894 worth of accessories and cosmetic updates. 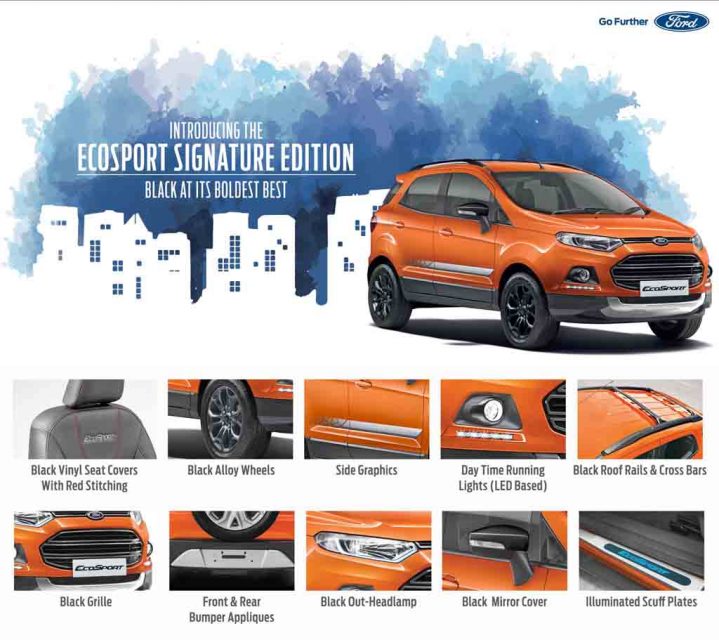 While exterior of Ford EcoSport Black Signature Edition has received several updates, the interior has been updated as well. It gets an all-black interior theme, which is complemented by red stitching on black vinyl seat covers. Also the car comes with illuminated scuff plates adding on style quotient.