Ford-Mahindra joint venture may have been called off, but both manufacturers are still jointly developing upcoming vehicles

In October 2019, Mahindra and Ford had announced a joint venture for the Indian market. According to the terms of the agreement, Mahindra was to acquire 51 per cent stake in Ford’s Indian wing. However, following the 31st December 2020 deadline, both parties have decided to not pursue the venture further, and have now officially called it off.

That, however, has not affected the joint development of upcoming vehicles for the brands. Ford’s upcoming C-SUV, based on the next-gen Mahindra XUV500’s platform, is still in the works, under a separate agreement called “Project Black”. The new-generation XUV500 is slated for arrival in the Indian market in March 2021.

As for the upcoming Ford C-SUV, it will arrive in the Indian market around nine months later after its Mahindra counterpart, i.e., sometime around early 2022. The two SUVs will not only share their underpinnings, but their powertrain options as well; the same 2.0-litre turbo-petrol engine and 2.2-litre turbo-diesel motor as the new-gen XUV500 will be available on Ford’s upcoming SUV. 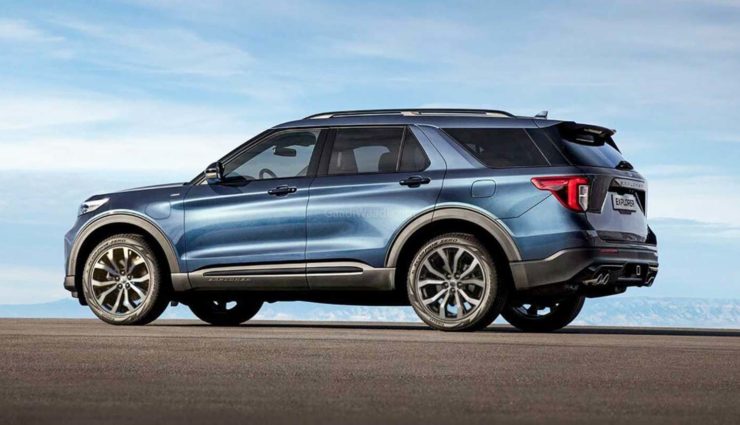 The styling, however, will be different on the two vehicles. Ford’s offering will draw inspiration from the blue oval’s international offerings, with little input from Mahindra-owned Pininfarina as well. As for the second-gen XUV500, its exterior design will be an evolution of the current model. Both the vehicles will have similar dimensions and will be three-row SUVs.

While the new-gen XUV500 has been spied multiple times in India, Ford’s SUV hasn’t been spotted even once yet. Perhaps we will see prototypes of the latter on test this year, after the launch of the former. This upcoming Ford SUV will bridge the gap between the EcoSport and the Endeavour in the Indian market, and will be contract-manufactured by Mahindra.

Mahindra will also supply Ford with 1.2-litre ‘mStallion’ engine for the EcoSport, as a replacement for the 1.0-litre ‘Ecoboost’ powerplant, which was discontinued before the BS6 emission norms were put into effect. This 1.2L turbocharged petrol mill is expected to debut in the EcoSport later this year.

*Images for representation only