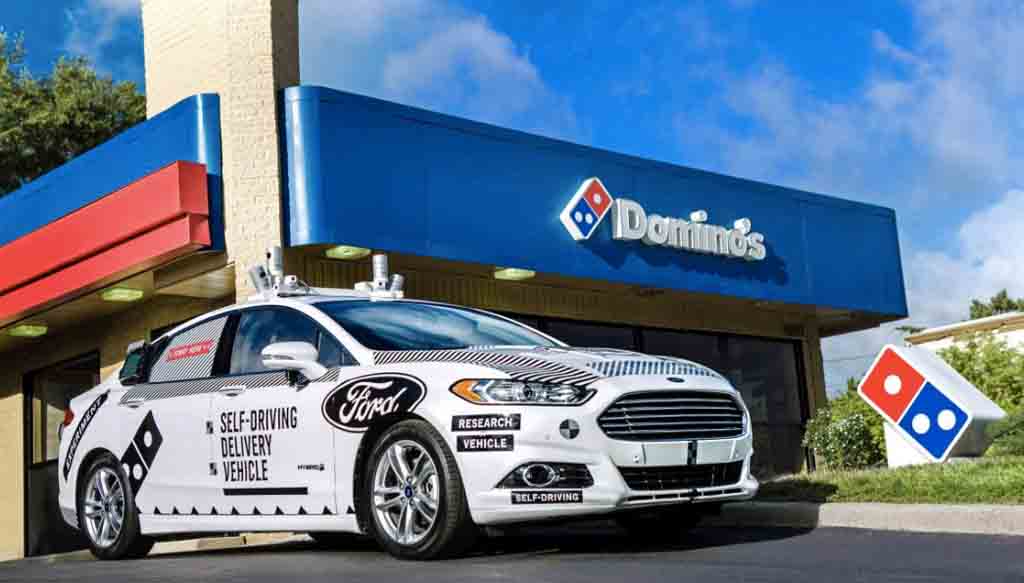 The automakers around the globe are in constant process of researching and developing new technologies regarding the futuristic self-driving cars. Ford too is not different. But, the American auto major has gone one step ahead by partnering with Domino’s in USA to deliver pizzas to the customers via its autonomous Fusion hybrid models.

This service is going to begin from next month as a testing phase and apart from delivering pizzas in unique style, it will provide vital informations for the development of Ford’s self-driving technology as well. Initially, the service will be launched in Michigan and at later stage it could be introduced to other cities also. However, initially the autonomous technology enabled Ford Fusion hybrid models to be used delivery cars will be piloted by human drivers. 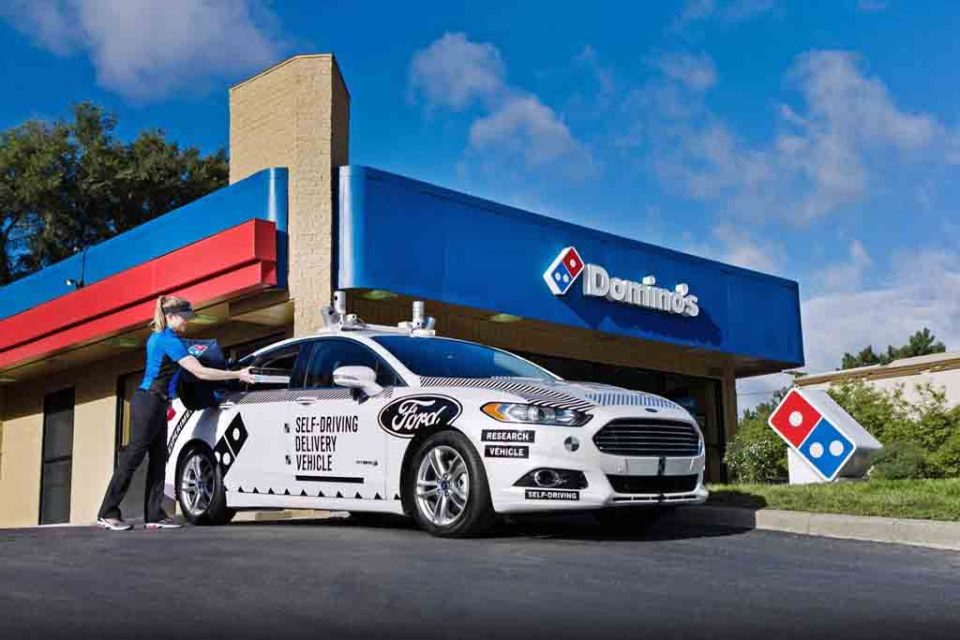 After ordering the pizza from Domino’s, customers will be able to track the process through GPS and they will receive text messages on how to retrieve pizzas from the delivery cars. No wonder, this is going to be a very interesting service and a leap for the autonomous vehicle technology as well, but it won’t be a true door-to-door delivery service at all. Delivery boys are still capable of going some extra steps compared to the self-driving delivery cars.

While speaking about the service, Domino’s has revealed that it is still focused on the last 50 feet of the delivery as its customers are habituated with getting the delivery from their doors. This service is a part of the American auto major’s plan of introducing the autonomous driving technology to the real life situations through multiple partners. 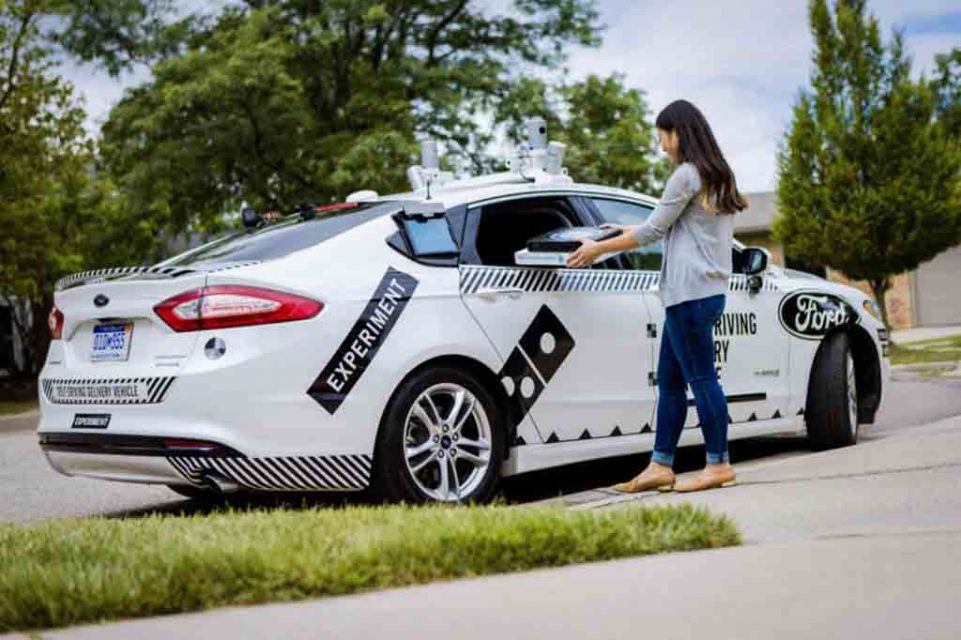 As we reported just a few days ago, Ford believes the autonomous driving technology will enhance the safety of the occupants and pedestrians as well. The brand is aiming to roll out its fleet of self-driving cars from 2021. The service like pizza delivery will certainly help the company to gather information and develop the technology further before it starts producing and selling self-driving cars commercially.