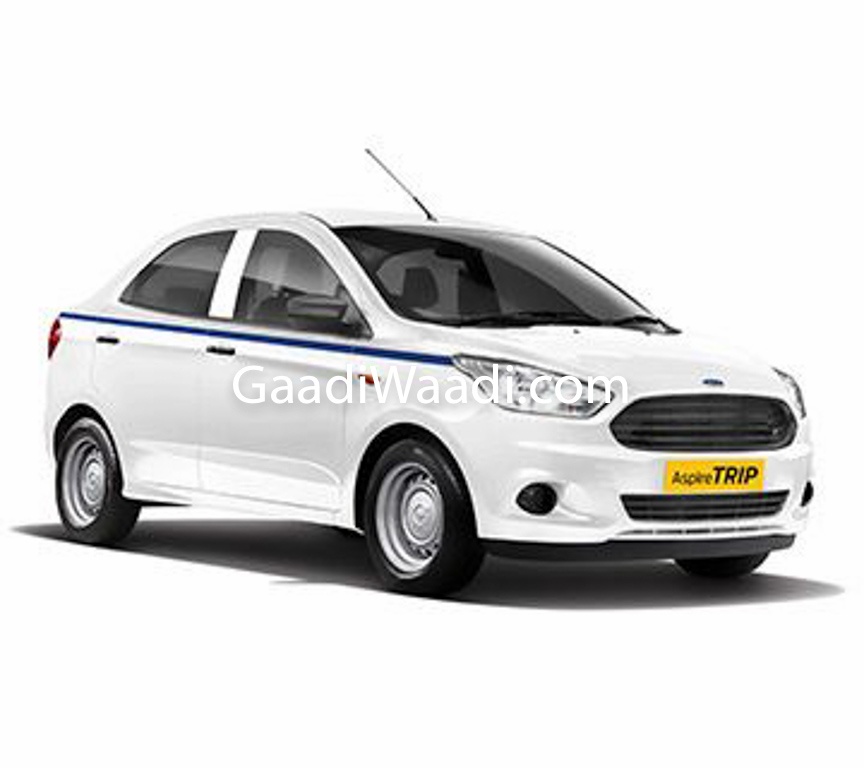 The 2018 Ford Aspire facelift will officially go on sale in India on October 4 and it will compete against segment leading Maruti Suzuki Dzire, Honda Amaze, Hyundai Xcent and Tata Tigor. The new Aspire could be priced between Rs. 6 lakh and Rs. 9 lakh (ex-showroom) with a slight price increase over the outgoing model.

The updated subcompact sedan comes with exterior and interior changes while getting a brand new petrol powertrain. However, what has been less talked about is a taxi variant that could rival Maruti Suzuki’s Dzire Tour and Hyundai Xcent Prime. Targetting fleet operators, the Dzire Tour is based on the second generation model while Xcent Prime is a  modified pre-facelift for taxi users and both have attracted consistent sales.

Ford appears to be going down the same route with the Aspire Trip and the outgoing model will be utilised for to adhere the needs of fleet runners. It will likely be based on the entry-level Ambiente variant and could be stripped to bare minimum on the inside for an aggressive price range.

The Ford Aspire Trip is expected to be powered by the 1.2-litre Ti-VCT petrol engine making way for a brand new unit in the facelift. The four-cylinder, inline, DOHC motor produces 87 bhp at 6,300 rpm and 112 Nm of peak torque delivered at 4,000 rpm. It is mated to a five-speed manual transmission.

It is claimed to return 18.16 kmpl and the same mileage figure can be expected on the Aspire Tour. Moreover, it could be given an optional CNG kit that allows for more mileage, which is crucial for taxi operators, while sacrificing a bit of performance. Like the Hyundai Xcent Prime, it will likely be fitted with a speed limiting function with restricted top speed of around 100 kmph.

The American auto giant may offer dual front airbags, ABS and EBD as standard in the Aspire Trip. More details of the taxi variant are expected during the launch of the facelifted model which gets a new three-cylinder Dragon petrol mill from Freestyle developing 96 PS and 120 Nm.