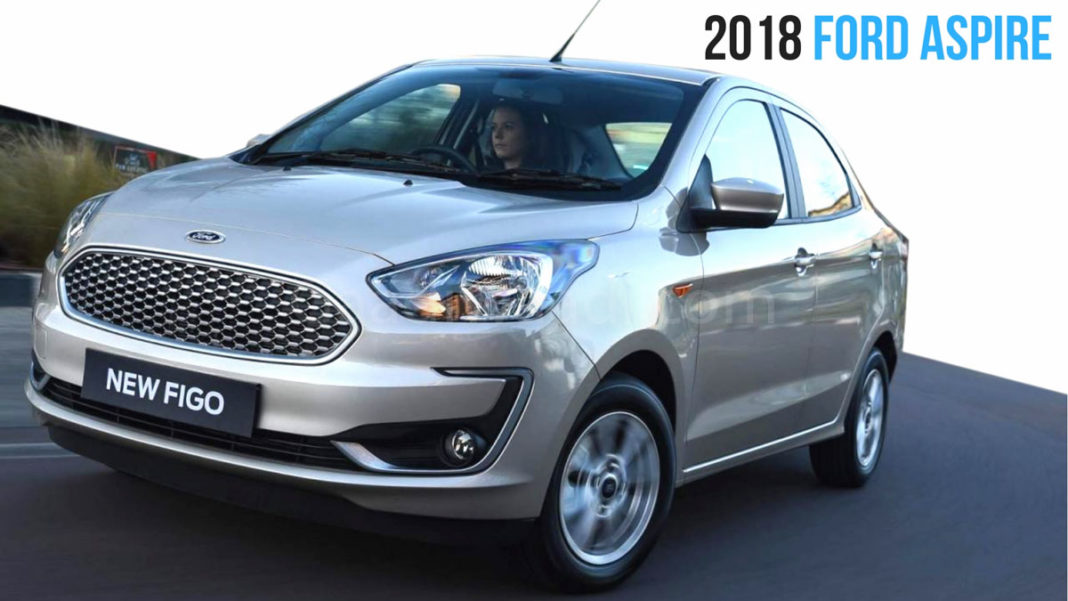 Ford Aspire Blu special edition comes with a black finish for the roof, mirror and alloy wheels along with new black inserts on the grille

Ford Aspire Blu test mule has been spotted for the first time in India. According to the Overdrive report, it could be a special edition model but Ford uses Blu suffix for the CNG models and a Figo facelift Blu test mule was also spotted last year. The exterior changes include a black finish for the roof, mirrors and 15-inch alloy wheels.

The front grille gets gloss black inserts with chrome accents to give a sporty look and Blu decals on the side and boot to differentiate it from the regular models. The interior is expected to get minor changes like new piano black inserts along with a new colour for the upholstery and the company is likely to add some more features. 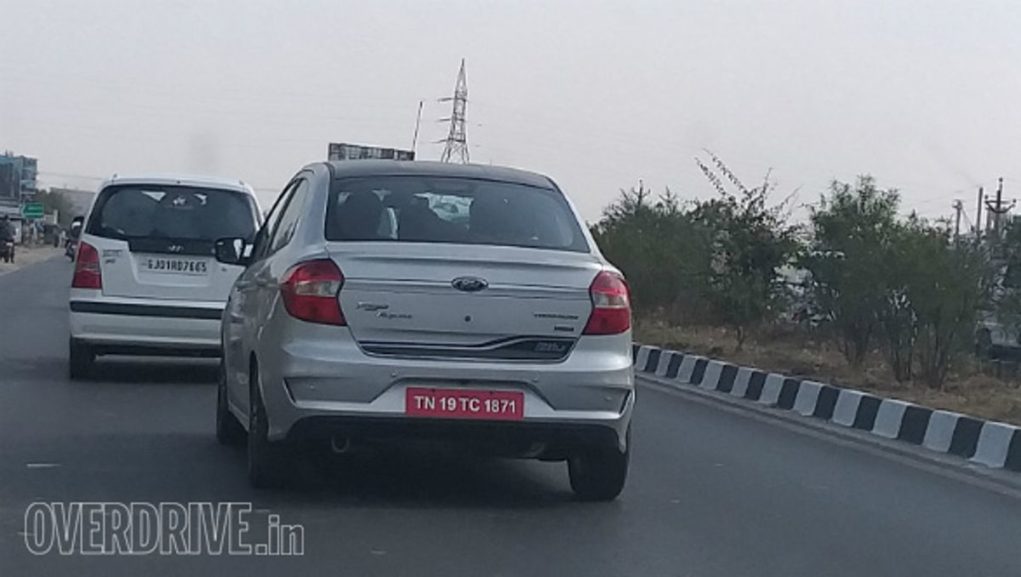 Ford Aspire is loaded with lots of safety features like 6 airbags (2 airbags from base model onwards), ABS with EBD, HLA, ESP, ESPAS, driver and passenger seat belt reminder. The Aspire Blu test mule was a diesel model and it would be powered by the same 1.5 L diesel engine producing 100 PS at 3,750 rpm and 215 Nm of torque between 1,750 – 3,000 rpm.

The petrol engine would be the new 1.2 L dragon series engine producing 96 PS of power at 6,500 rpm and 120 Nm at 4,250 rpm. The diesel engine is mated to a 6-speed manual and 5-speed manual with the petrol engine. We are not expecting the petrol automatic to be introduced with the special edition. According to ARAI, the diesel model returns 26.1 KM/l and 20.4 Km/l for the petrol model.

Ford might introduce new colour options with the special edition model and it is likely to launch in the second half of this year as the company is going to launch the Endeavour facelift model later this month while the much awaited Figo facelift will reach the showroom by next month.