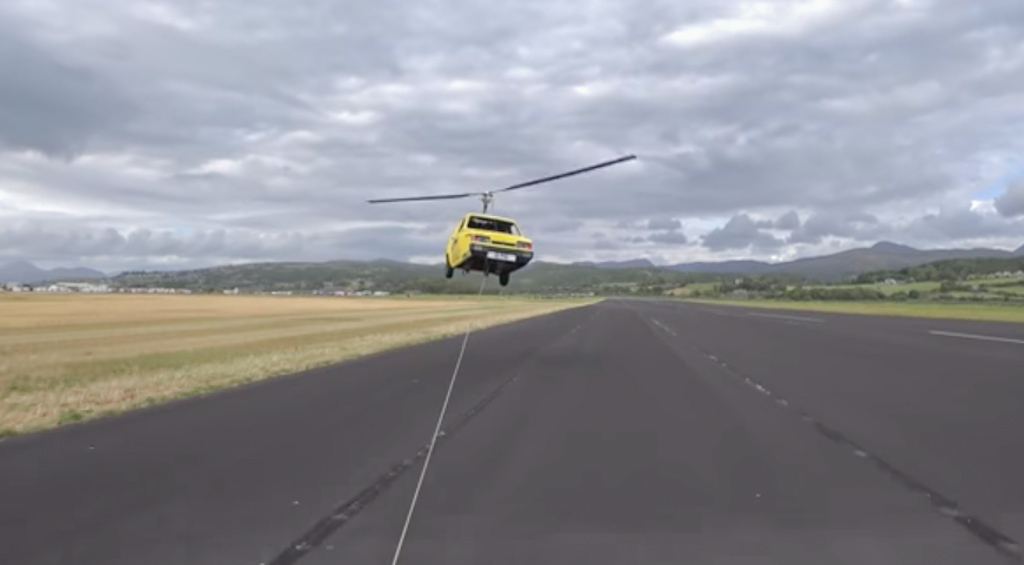 To the uninitiated, the Reliant Robin is a small three-wheeled car that was first launched in the 1973. It saw several generation changes and was in production till as recently as 2002. As per the record books, the Reliant Robin is the second-highest selling fibreglass car in the history.

That, however, hasn’t kept the Robin from being at the butt-end of all car jokes. The Robin is infamous for its stability issues. The three-wheel setup simply can’t offer the kind of stability that four contact points of a conventional car do. The lightweight construction doesn’t help either.

But just when you thought the world has given up on the ultra-bare-basic model, someone thought it’s a good idea to fix a helicopter rotor atop a Reliant Robin. The rotor even managed to generate enough lift to have the Robin air-borne for a few seconds. But as you can see in the video we have here, there’s simply not enough lift to maintain the Robin’s flight.

This is exactly why even helicopters get two rotors. While the bigger one gives you the necessary lift, the smaller one on the tail section pushes helicopter against the torque of the bigger rotor. This is done to help you steer properly.

Sadly, the Reliant Robin here got just one rotor, which, frankly, was enough to generate enough lift to have the car air-borne for a few moments. But the flying Reliant Robin was doomed to fail owing to its poorly designed rotor system.

The only thing that provided direction to this Robin was the pick-up trick that was pulling it but, frankly, it was a pretty poor alternative to a rudder. So, here’s yet another Reliant Robin that is going to be at the receiving end of many jokes for at least some time to come.