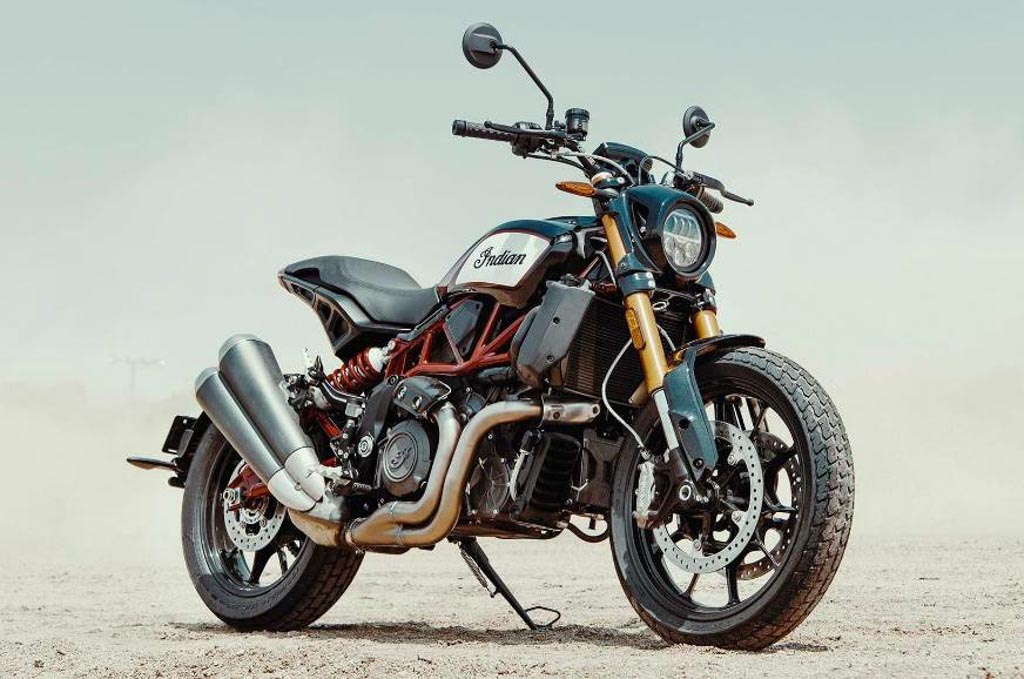 Since Indian re-launched their company back in 2013 and added some modern cruisers to their lineup we all expected something different from the iconic motorcycle manufacturer which could break the Stereotype. So here they are meet the FTR1200 which is actually a flat track inspired motorcycle that Indian showcased at the INTERMOT this year.

The motorcycle was designed taking cues from the FTR750 race bike which has dominated the American Flat track since it was introduced back in 2016. Indian motorcycles definitely designed and developed something which does not look like any of their other Cruisers. The FTR1200 gets a sporty stance which usually cannot be seen on any their motorcycle.

The FTR1200 is powered by a newly developed 1203 cc V-twin engine which produces around 120 horses and 115 Nm of torque. The engine has been particularly tuned to provide an impressive acceleration from any gear. As far as its other technical details are concerned the motorcycle is built around on a trellis frame chassis, the suspension duties are carried by beefy inverted forks towards the front and monoshock setup at the rear.

The braking duties are taken care by radically mounted Brembo disc brakes. The motorcycle gets an F.C.C slipper clutch which automatically tightens during acceleration. The motorcycle also gets a slightly bigger 19-inch wheel towards the front and 18 inches towards the rear inspired from the dirt track style it even gets custom dirt track-replica replica street tires from Dunlop. 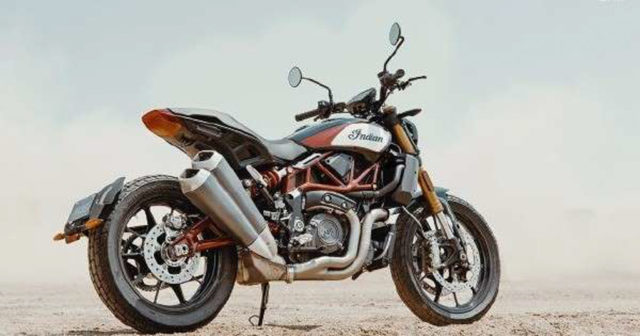 The FTR1200 gets two different versions which include a base FTR 1200, and the FTR 1200 S. The FTR1200 S gets different colour options with the signature Indian red frame and white tank panels; it also features a 4.3-inch digital dash with Smartphone connectivity and is actually brighter than any iPhone screen.

The motorcycle also features different riding modes and offers ABS.  The standard model, on the other hand, is offered with only a single black paint scheme only and a simple round speedometer unit instead of the digital dashboard. The base FTR 1200 also gets only gets an ABS as standard and not any other rider aids which is actually quite surprising. The FTR1200 and 1200 S are definitely a serious machine and the first performance motorcycle from Indian which we would really love to see on our Indian roads soon.