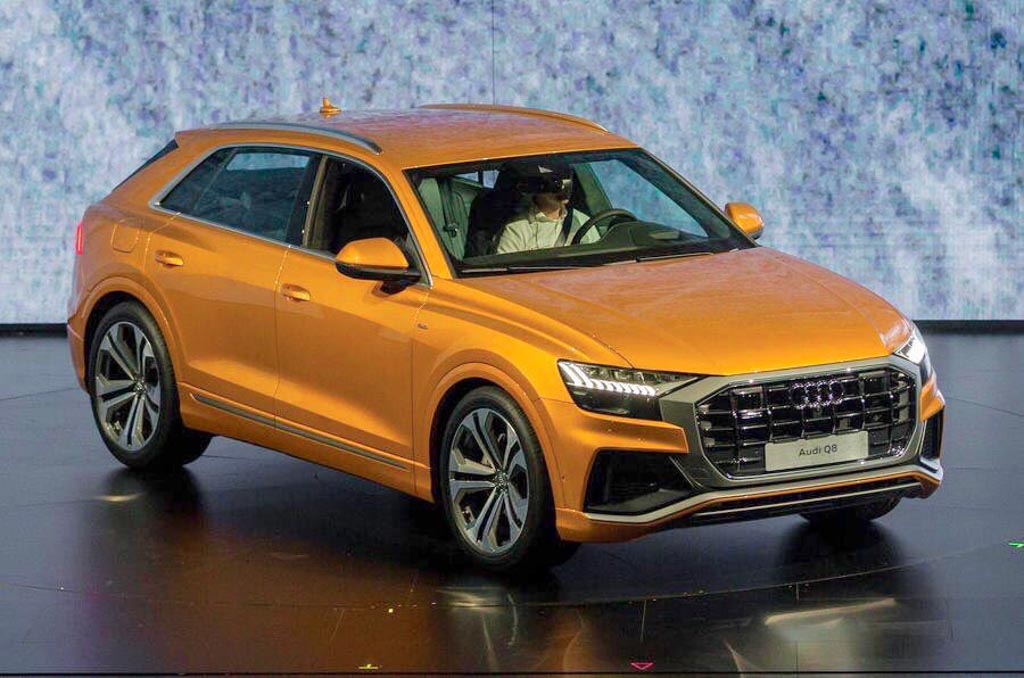 Audi debuted its flagship Q8 SUV concept at the 2017 NAIAS (North American International Auto Show) in Detroit before unveiling the production version a couple of months ago. Having now made public premiere in Europe, it will go on sale in the select markets before spreading across the continent.

The Q8 will also play a significant role in sales aspiration for Audi in India with the launch expected sometime towards the end of 2019. The full-sized SUV derives design cues from the latest Audis and has several similarities with the Q7 but is bigger in proportions alongside having highly-advanced technologies.

It boasts single-frame octagonal front grille, sleek LED headlights, muscular bumper unit, sporty rear LED strips, coupe-ish roofline, sharp styling elements and is based on the MLB-Evo modular platform with wheelbase of three metres. The Q8 is a mix between a SUV and a sports coupe and competes against the likes of BMW X6 and Mercedes-Benz GLE Coupe.

Compared to GLE Coupe, the Audi Q8 is longer and wider as it measures 4.99 m in length, 2.00 m in width and has 1.71 m height with 254 mm ground clearance. It comes equipped with hill descent control, adaptive air suspension with controlled damping and all-wheel steering as option, new mild-hybrid technology enabling longer coasting and standard progressive steering. 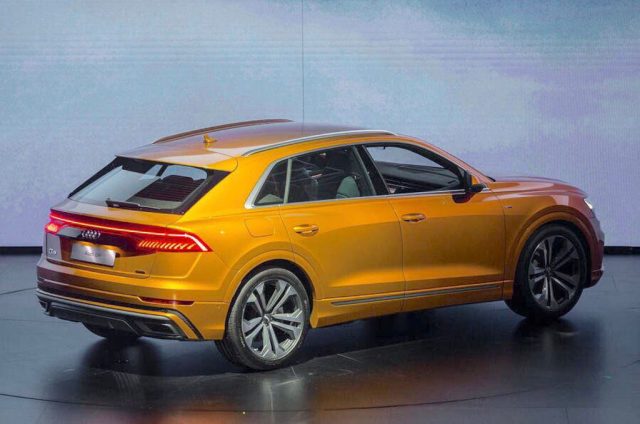 As for the powertrain, the buyers will get a number of choices including two 3.0-litre engines with 335 hp and 282 hp power outputs, a TDI petrol motor with 228 hp arriving next year and a range of V6 and V8 petrol and diesel engines. The Q8 features mechanical center differential with 40:60 power split ratio between front and rear axles.