Five-door Suzuki Jimny is longer than the regular model by 300 mm while having a longer wheelbase; powered by the same 1.5-litre engine

It is no secret that Maruti Suzuki India Limited (MSIL) has been considering the Jimny off-road SUV for the domestic market and the locally made units’ exports began only recently to the global arena. Just a few weeks ago, we showed you the first set of spy pictures of the extended wheelbase Jimny, hinting that a five-door version could be in the works.

Courtesy of a new report, the specifications of the five-door Suzuki Jimny have come up online. The leaked data gives away the specifications of the longer Jimny Sierra and is expected to have an overall length of 3,850 mm, a width of 1,645 mm, and stands 1,730 mm tall with a wheelbase length of 2,550 mm. This has certainly thrown in some surprises!

Compared to the regular three-door variant, the overall length has grown by 300 mm while the wheelbase length has been stretched by 300 mm as well. The five-door Suzuki Jimny is said to tip the weighing scale at 1,190 kilograms while the ground clearance is rated at 210 mm. It runs on 15-inch wheels with 195/80 section tyres. 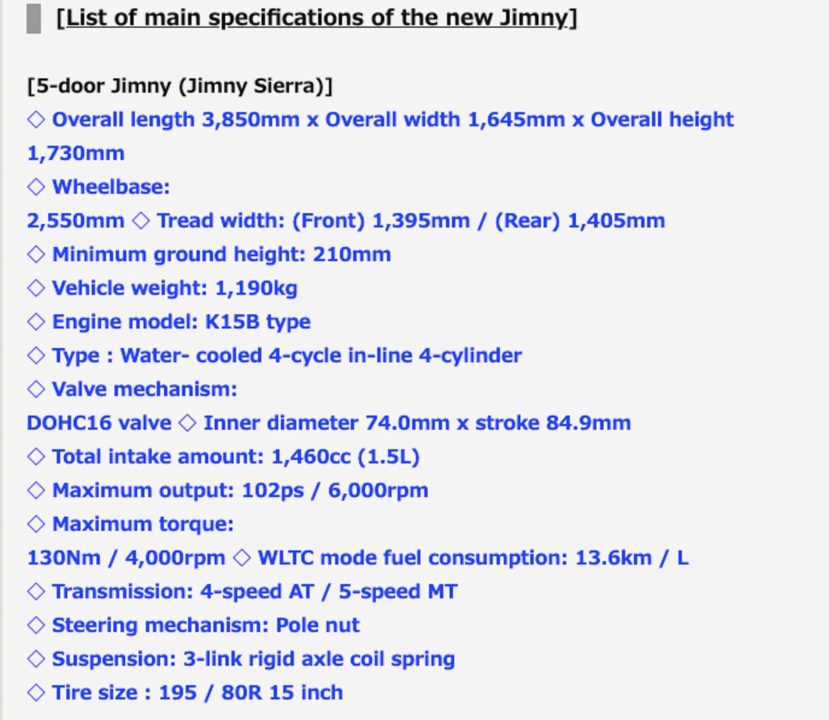 As for the performance, the five-door Suzuki Jimny Sierra derives power from a 1.5-litre four-cylinder K-series inline DOHC petrol engine, which is good enough to generate a maximum power output of 101 bhp at 6,000 rpm and 130 Nm of peak torque delivered at 4,000 rpm. The powertrain is linked with a five-speed manual transmission as standard while a four-speed torque converter automatic unit is an option.

The increase in overall length meant that the five-door Jimny still sticks under the four-metre bracket and in India, it avails tax benefits. The wheelbase length of 2,550 mm is certainly more than that of compact SUVs, which have around 2,500 mm wheelbase but is shorter than the mid-size SUVs, and thus the five-door Jimny could tuck in between both the segments if MSIL decides to bring it to India. 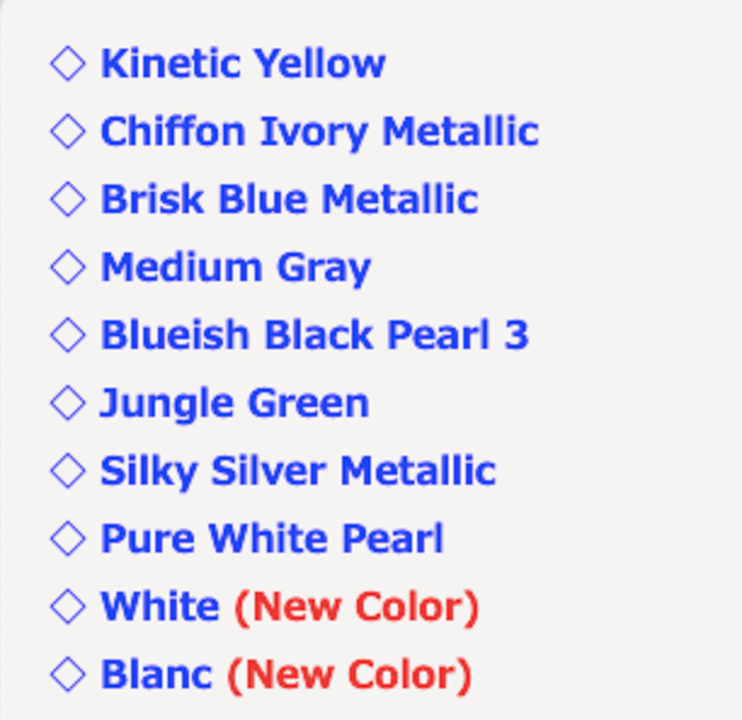 The Jimny in its five-door avatar could create a niche of its own as the wheelbase is 100 mm longer than the Mahindra Thar, which in turn is longer by 135 mm in overall length. With good 4WD characteristics and aggressive pricing, the Jimny could bridge the gap between compact and mid-size SUVs and perhaps in a slightly lower price point the three-door Thar sits in.