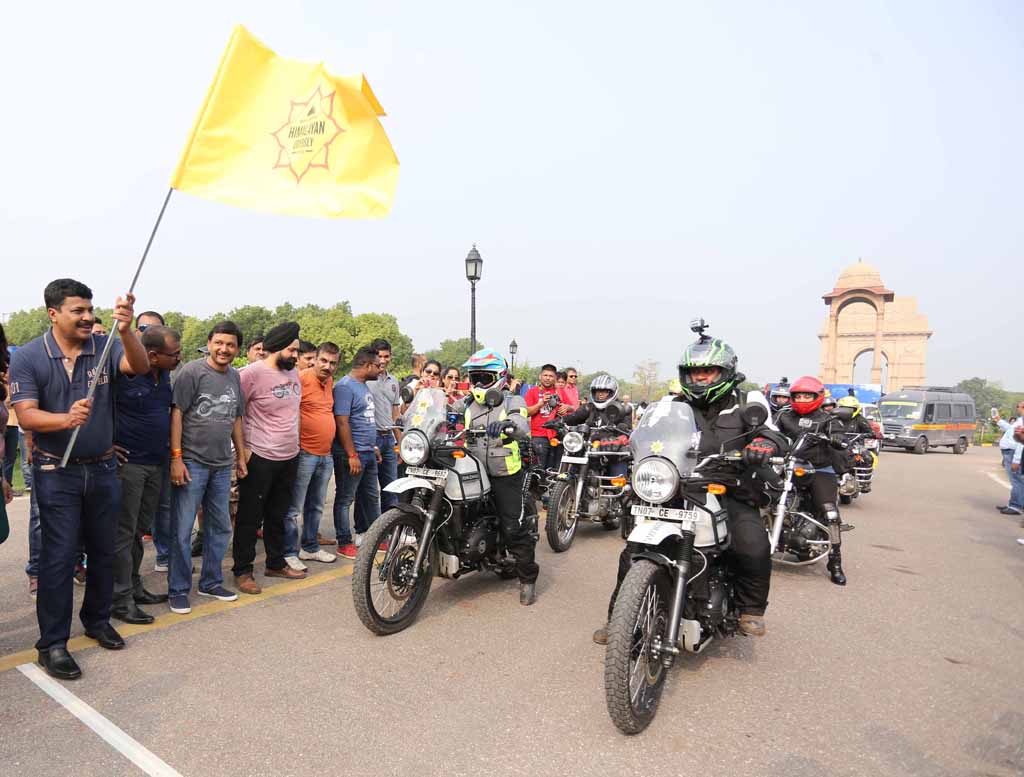 First Royal Enfield Himalayan Odyssey Women Edition includes ride along different routes before getting together at Leh, Ladakh in the coming 15 days

Royal Enfield debuts the first ever all women edition of the Himalayan odyssey which is in its 13th edition. The Odyssey was flagged off from India gate and now the riders would be travelling on different routes in two contingents before they converge back at Leh, Ladakh. The Women Only ride will have an all women crew including service staff, technicians as well as doctors. These over 100 participants will ride till the highest motorable road in the world – Khardung La, which is situated at a height of 18,380 feet.

The flag off was done by Mr. Shaji Koshy who is the Senior Vice President, Sales, Services and Spares, Royal Enfield. During the flag off, lamas chanted prayers and blessed the riders. Speaking on the occasion, Mr. Koshy said that Royal Enfield has been the motorcycle for all those who have wanted to ride the mountains and this Himalayan Odyssey has marked its name in leisure motorcycling adventure. He further added that with each year, new riders have joined in and made this even a bigger success. This year the Himalayan Odyssey Women has been introduced to encourage all those women who ride a Royal Enfield so as to give them an ultimate motorcycling adventure.

With this, the company ignites a hope that this adventure will become an inspiration for women to take up motorcycling. The Women riders include participants from various metropolitan as well as smaller cities including Bilaspur, Kumbakonam, Tirupur etc. There are certain international participants as well from countries like Thailand, France and UK etc.

During this 13th edition of the Odyssey, riders will face challenging terrains as well as weather conditions that will include hot sun to icy cold breeze while they travel from Narkanda to Sarchu, Jispa and Leh in the coming 15 days.

Mr. Shaji also said that the Himalayan Odyssey is a culmination of Royal Enfield’s history that is spread out over 60 years. He also stated that, “Our single biggest insight in all these years of riding has been that the best motorcycle for the Himalayas is not one that tries to dominate its landscape, but one that is able to go with its flow.

With its purpose-built ground-up design, the Himalayan is a simple and capable go-anywhere motorcycle that will redefine adventure touring in India.”