According to 360 Motoring, this is India’s first fully customized Ciaz. The custom shop has made so many changes on exterior and interior to make it stand out of regular model. The changes start with new front grille finished in black colour and an all new front bumper with wider air-intakes to give a sporty look for Ciaz.

The stock headlamp has been replaced by new projector units with LED DRLs integrated into it. The custom shop has also given another set of LED DRLs on top of air intake. 360 Motoring has given custom wheel arches, which increase width of Ciaz and lower part of body kit is finished in black colour.

The modified Ciaz come with 11.5 J alloys with 225/45 R18 low profile tyres. The rear get all new custom bumper with lots of curves and a huge spoiler mounted on boot. Like most of the custom cars, the Ciaz comes with fake quad exhaust and it is finished in yellow colour for body with black colour for roof. 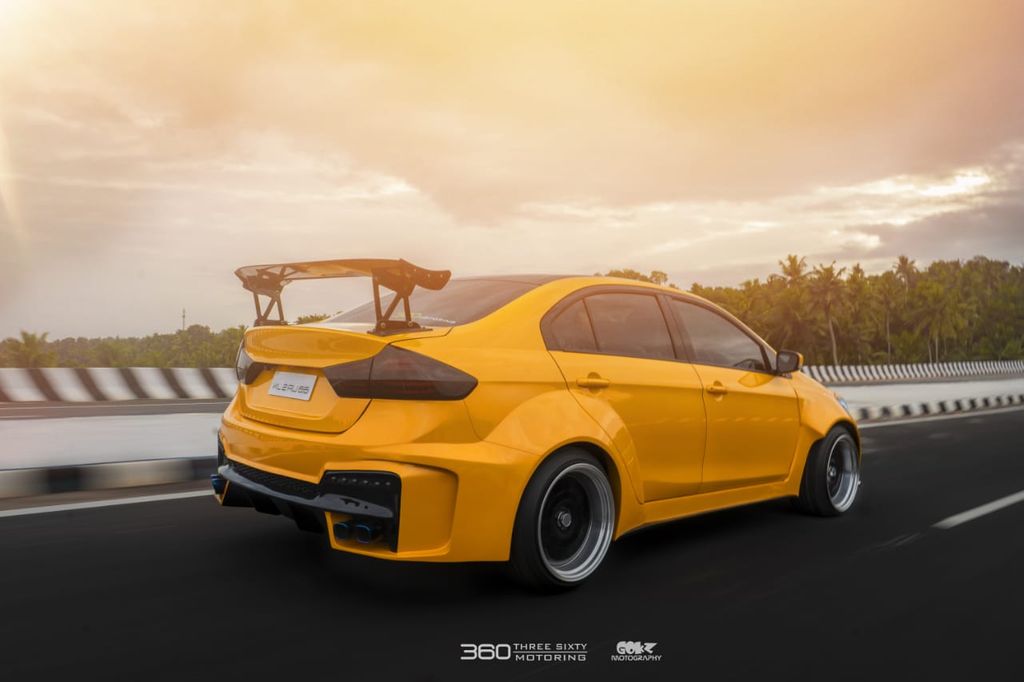 The interior also gets some changes like contrasting black and yellow leather upholstery. The stock seats have been replaced with new leather seats for improved comfort along with new mats and door sills. The multi-function steering wheel also gets yellow inserts and 360 Motoring replaced stock ICE unit with an aftermarket touch screen system.

The only mechanical change made for Ciaz is lowered suspension but soon they will replace it with air suspension to make ride even more better. This customized Ciaz is powered by diesel engine and it is mated to 5 speed manual transmission. The Indo-Japanese manufacturer is going to introduce an update for Ciaz soon in India.