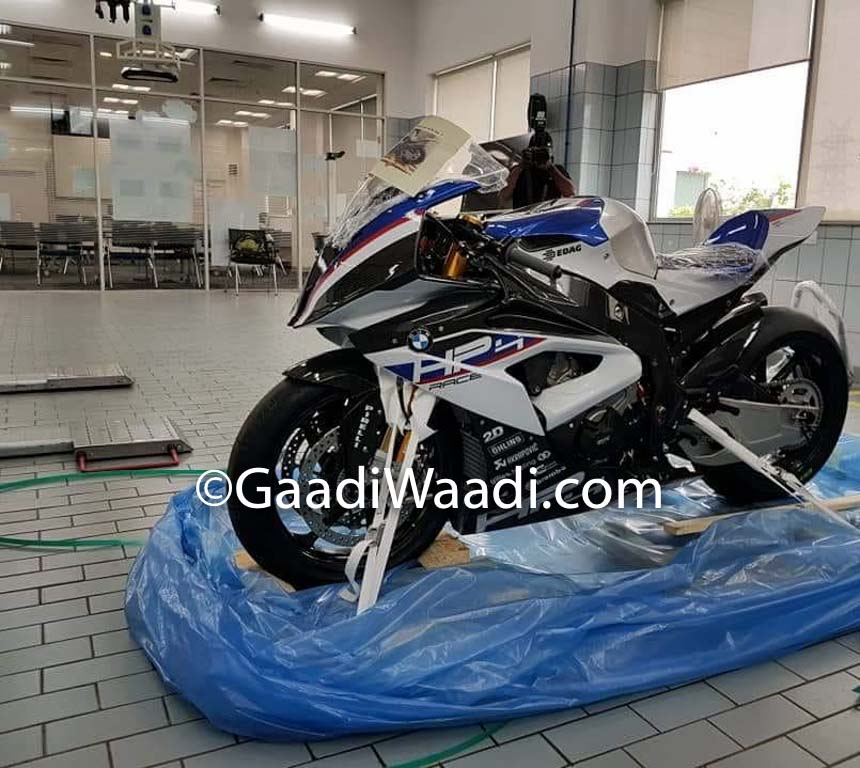 India’s first BMW HP4 Race delivered to Vikram Oberoi, MD and CEO, EIH Ltd (Oberoi and Trident Hotels Group) yesterday and it is priced at Rs. 85 lakh (Ex-Showroom). Vikram Oberoi is an avid motorcycle enthusiast and he own some rare bikes like Ducati 1299 Superleggera, which cost Rs. 1.12 Crore.

The HP4 Race is one of the most advanced motorcycles in the world and it is the first motorcycle to come with a mainframe, which is made entirely from carbon fibre. BMW Motorrad HP4 Race is limited to 750 units and it is available only in single colour. The HP4 Race design is based on S1000RR.

BMW HP4 Race is powered by 999 cc in-line four cylinder engine producing 215 hp of power at 13,900 rpm and 120 Nm of torque at 10,000 rpm. This engine is mated to 6 speed gearbox. The 999 cc engine has lots of changes as intake and exhaust camshafts are new along with specially selected piston and rods.

The engineers optimized bearing clearances and HP4 Race comes with close-ratio transmission. All these changes help HP4 Race to produces its maximum torque 500 rpm lower than standard S1000RR. The wheels are entirely made from carbon fibre to reduce weight as the company used braiding process to make it. 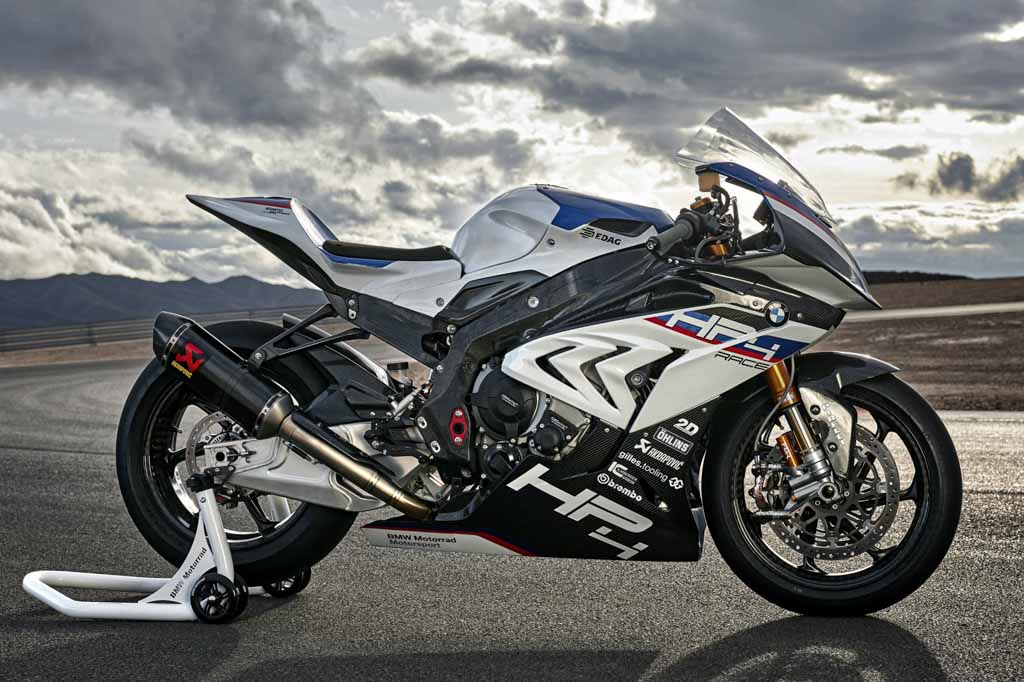 According to BMW, the carbon fibre wheels are 30 percent lighter than forged aluminium wheels with 40 percent less gyroscopic force. The extensive use of carbon fibre has helped the company to make HP4 Race lighter than WSBK bikes. BMW has given Ohlins FGR 300 fork at front, which is used in Moto GP bikes and the rear gets Ohlins TTX 36 HP mono shock.

The braking duties are handled by Brembo GP4 PR monoblock brake callipers at front and Brembo racing single disc four-piston calliper at the rear. The HP4 Race comes with lots of safety features like Dynamic Traction Control (DTC), Engine Brake (EBR) and Wheelie Control. All these systems can be individually adjusted. BMW has also given launch control and pit line speed limiter as standard.