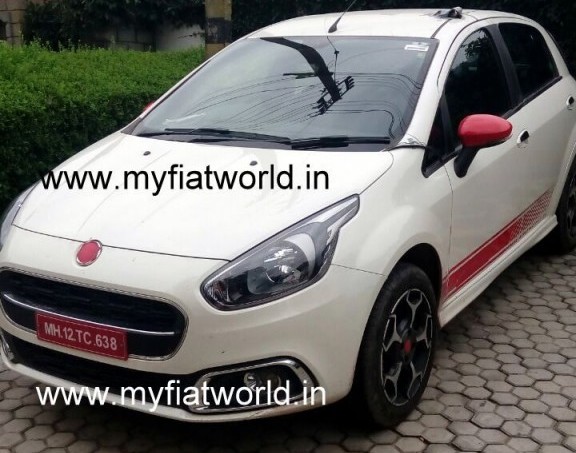 However, this engine on the Punto will produce close to 135 BHP as per rumors. Realistically, we expect the power to be in the range of 110-115 BHP of power. Torque ratings could be the same as the Linea though. 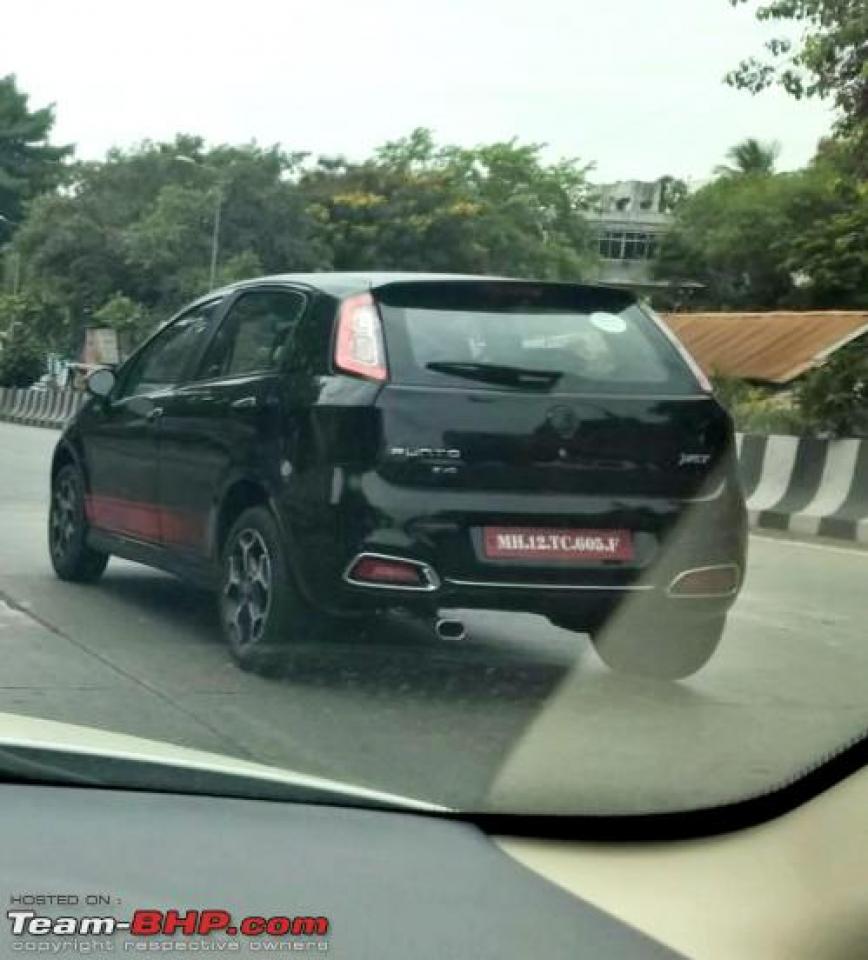 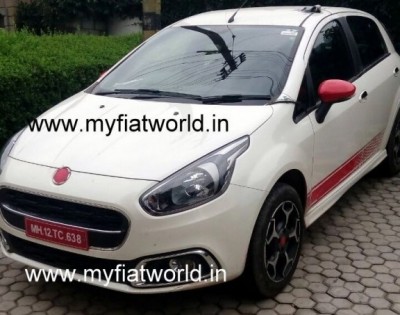 The spy images also suggest that the car gets a T-Jet badge on the boot, flashy Abarth body graphics on the sides, a large chrome exhaust tip and Abarth alloys which make the car look absolutely stunning. The Abarth badge on the tailgate has been hidden with masking tape. The black color makes the car look even sportier than ever. 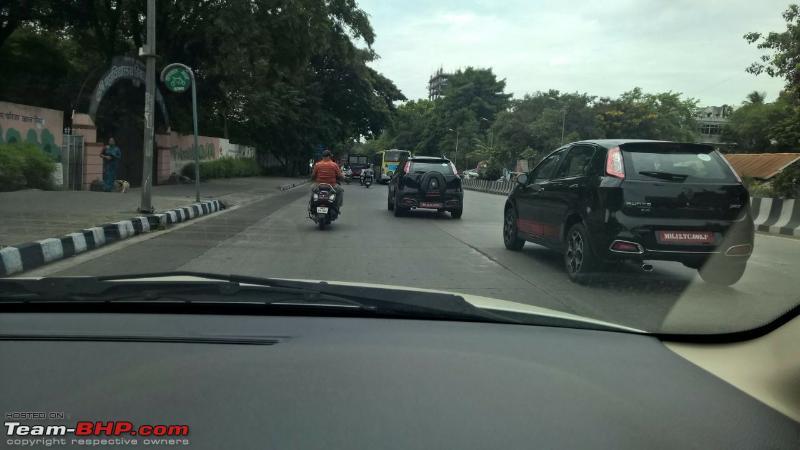 Reports from all around suggest that Fiat will launch make a grand entry for the Abarth brand in India by this August 2015. The 595 Competizione aka the spruced up Fiat 500 will be the first car to be introduced this time. The Punto Evo Abarth and Avventura Abarth will come due in time and give the enthusiast taste of a how the Italian sports car manufacturer parent company makes hot hatches.