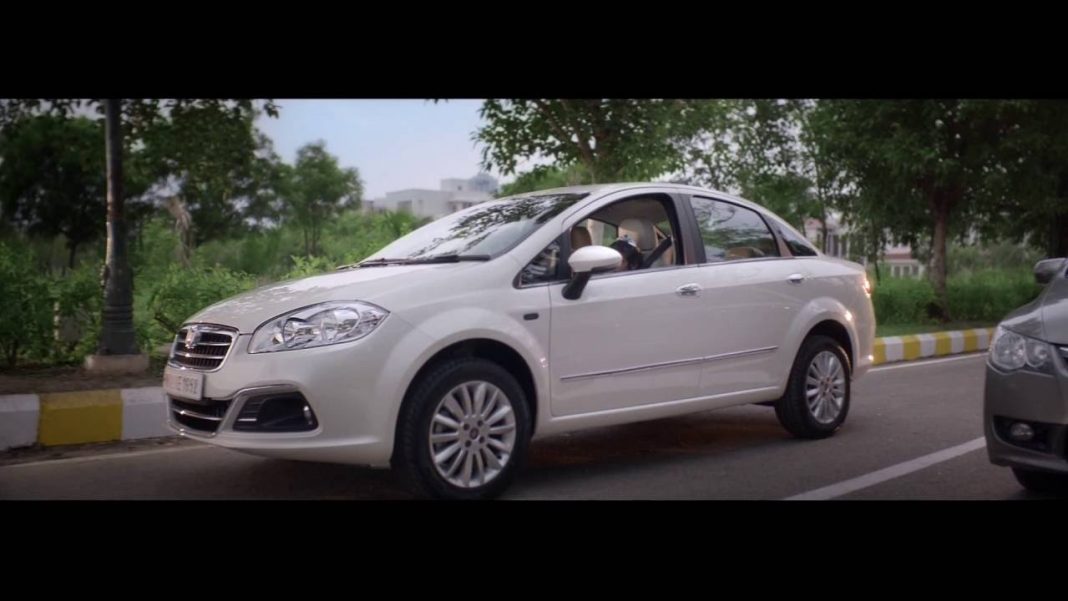 Fiat Linea 125 S TVC has the Honda Civic pitted against it at the signal lights; the 125 S is the most powerful C segment sedan

Fiat India has released the TVC for the newly launched Linea 125 S sedan. The Italian automaker launched the Linea 125 S earlier this month at Rs. 7.82 lakh (ex showroom, Delhi). The Linea 125 s is the most powerful sedan in the C segment in India. The car was showcased at the 2016 New Delhi Auto Expo earlier this year.

Fiat Linea is powered by an upgraded version of the 1.4 litre T-Jet turbocharged petrol engine. It gets a 5 speed manual gearbox doing the transmission duty. The power output stands at 125 PS and torque output is 210 Nm. The TVC emphasizes on the power of the car, and the interior features. It shows the car is powering its way from the traffic light leaving behind the competitor car. Also the touchscreen infotainment I showcased in the TVC.

Interestingly the Fiat Linea TVC portrays the Honda Civic as its rival, but the Civic is already discontinued in Indian market. While in reality it will compete against the Volkswagen Vento, Honda City, Maruti Suzuki Ciaz and Skoda Rapid.

He Fiat Linea 125 S is available in an exclusive Blue exterior theme. The Apart from the upgraded engine, the car also comes with some cosmetic updates. It sports a glossy black front grille, 16 inch black alloy wheels, integrated ORVMs.

Apart from these the Fiat Linea 125 S is also equipped with rage of technologies, which make it attractive. It gets automatic headlamps, rain sensing wipers, single touch power window etc. The car comes with some impressive safety features as well. The safety features include dual front airbags, ABS, EBD, cruise control, disc brakes on all he four wheels.