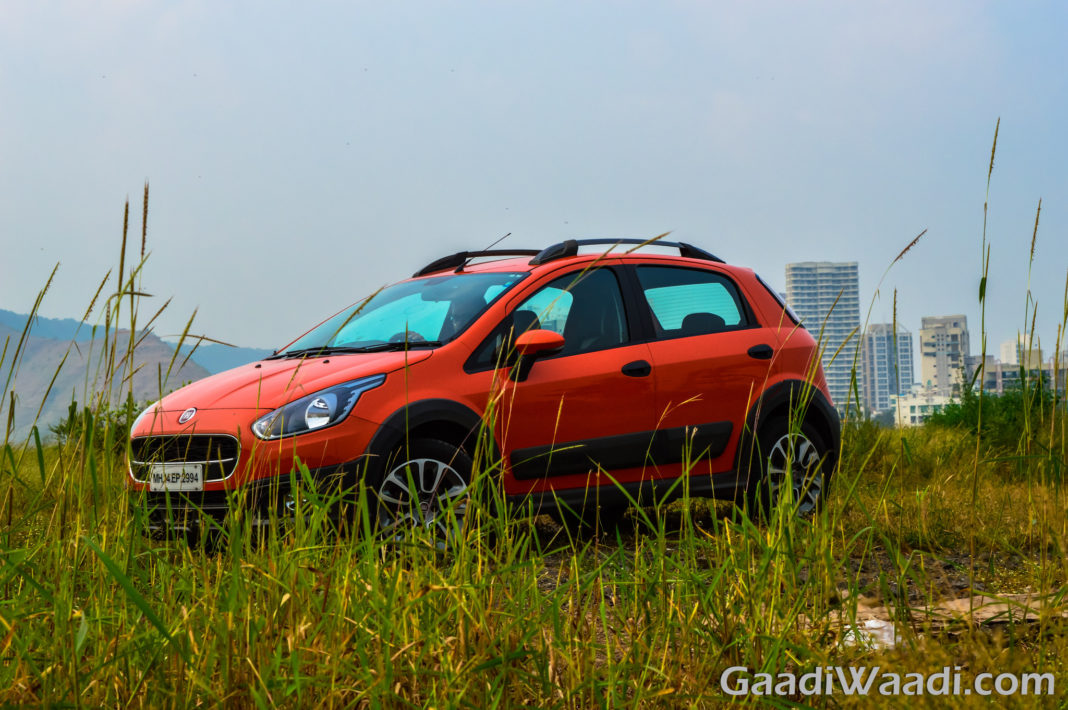 Avventura from Fiat delighted us with its new avatar based on the Punto Evo; promises to be exciting and fun while offering good practicality

Orange is the color synonymous with passion, adventure and performance and lots of light. There is a company which has been living on those traditions for a long time. A company which started its adventure in India with a car that turned out to be a icon highly respected till date and has been followed by limited successors. But in moderns times, the icon had to see many avatars. Yes, we are talking about the Punto Evo based Avventura. 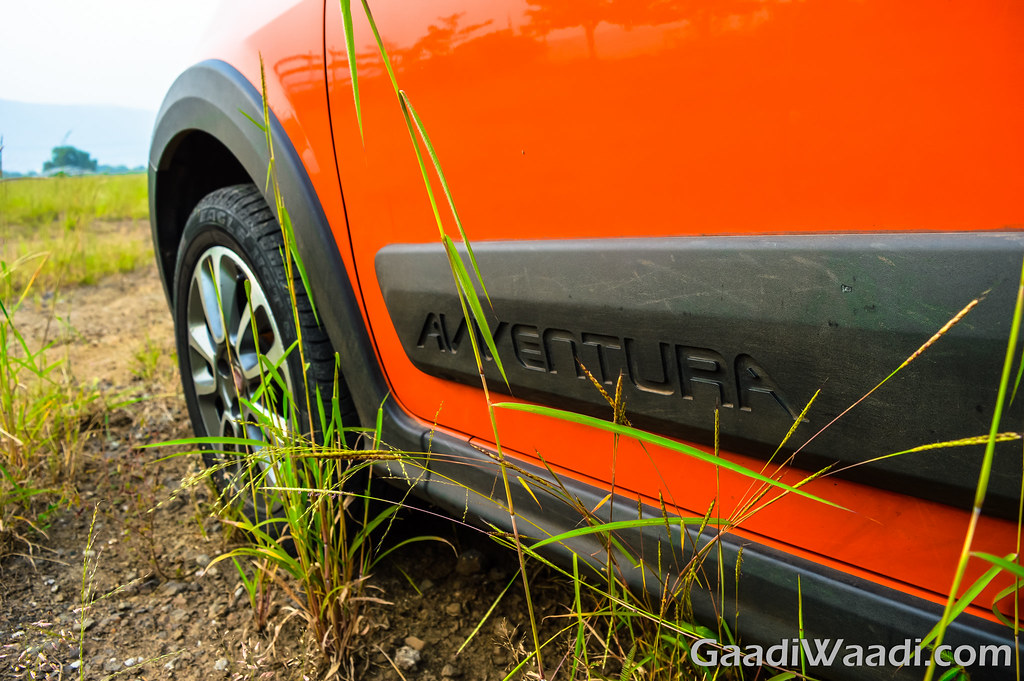 Something started as the Padmini sold exclusively by Wasan dealerships and now is brand loved by majority of enthusiasts. A brand so loved and cared for that anything but endless criticisms from the media continues to stay strong. Padmini, then the Uno, the Palio, the Punto, the Punto Evo and the Avventura. They won’t be each other’s successors but that’s the hatchback lineup aka trend that Fiat has shown us till date in India, excluding the Padmini which was a sedan, but that started it all didn’t it? 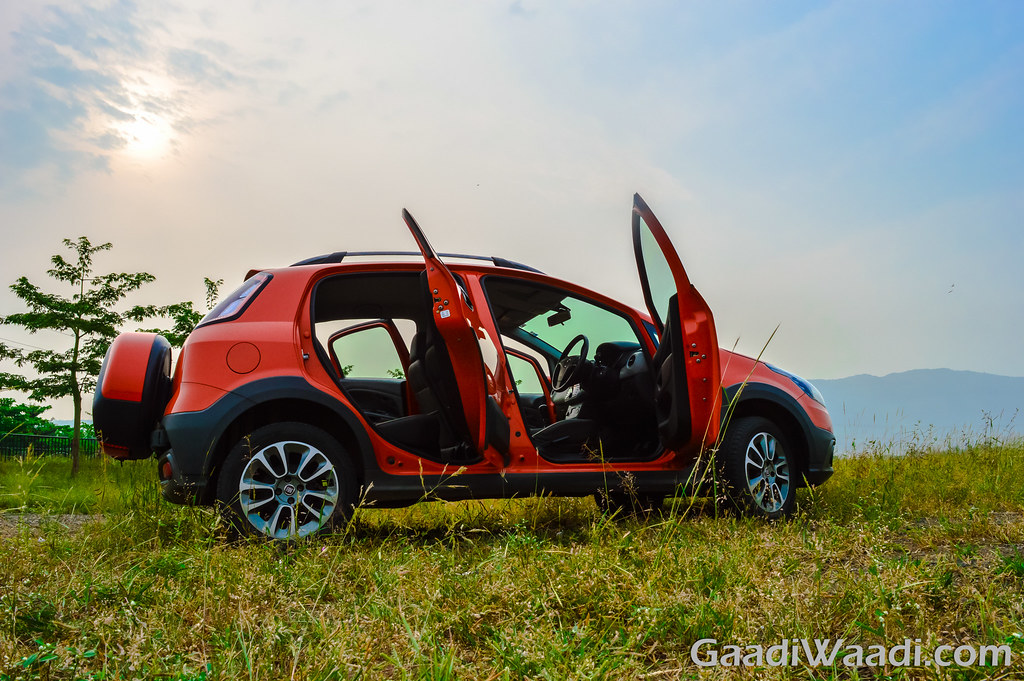 Even within the hatchback, the engine line up has also been very special. The Palio got the 1.6 petrol which is still a cracker despite the fact its true successor is here in the form of Fiat Abarth Punto Evo. Even the Avventura today got a Abarth treatment and should be a racket to ride over rough roads very fast. We can imagine how much fun will the Abarth powered Avventura will be considering we were seriously impressed with what the Avventura was in terms of cosmetics and in terms of ride and handling. 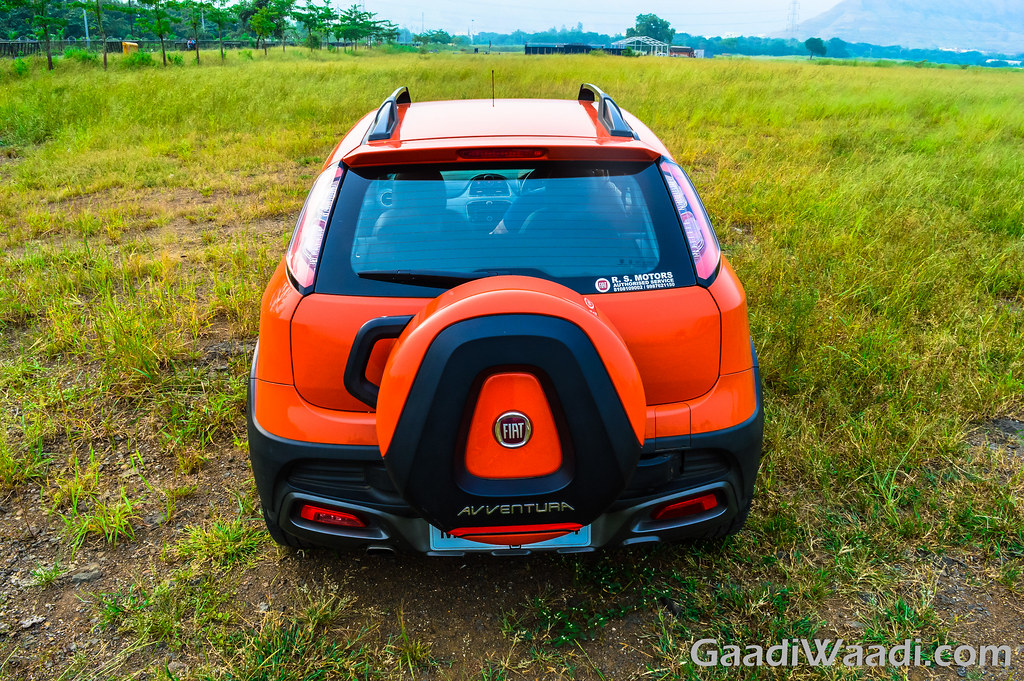 That’s what we did with the Avventura as well. We took it to twisty roads, twisty muddy roads, ghats, expressway, commuted in the city despite it was a pain to maneuver and take three point turns. The engine is best on the highway and so is the fuel efficiency of 16 km/l. Numbers are not impressive but not bad either considering the car sits way above the ground and is lugging at least 150 kg more than current hatchback standards. That weight comes from the build quality Fiat has with the Avventura. 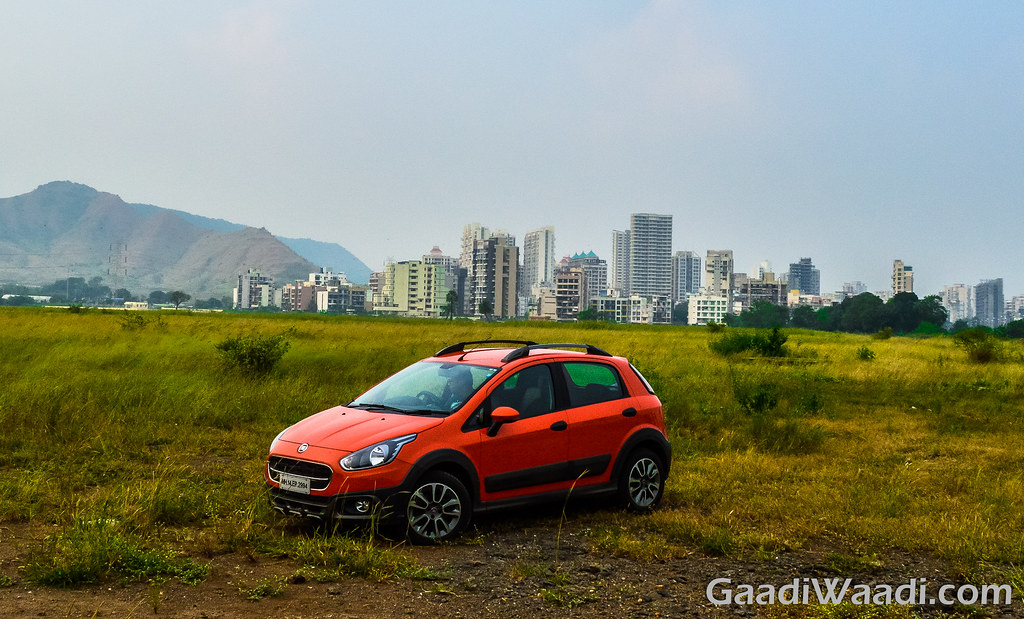 11 km/l in city and turbo lag along with large dimensions make it the weekend getaway premium hatchback not your daily commuter. Hence the low numbers and hence the exclusivity. Because when we commuted in peak hours, the attention it grabbed from luxury car owners to other ordinary hatchback owners was a sight and emotion to be behold kept in the cupboard of joy where all your happiness is stored. The steel that is used in making Fiat has always been the toughest in its class. Build quality has nothing to do with this, as inside it’s slightly poor and there are rough edges too. However it doesn’t matter as the cabin looks retro classic with its orange color dials and screen. The infotainment system needs an upgrade in ease of use and goodies but it does the job just fine as of now. The reason why its something special because it totally out of the box when compared to other hatches. 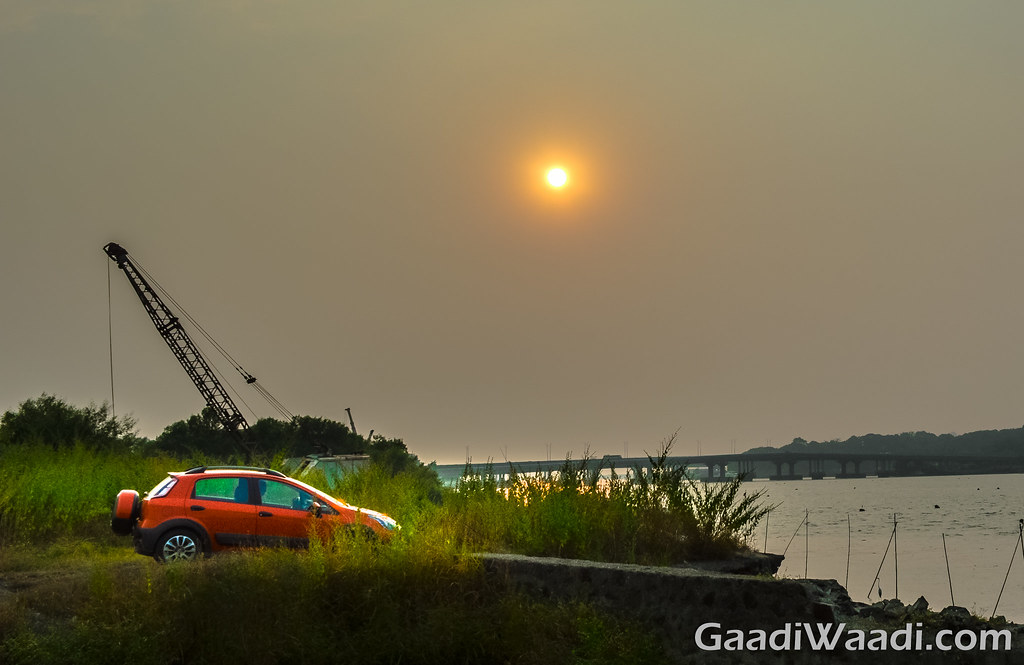 Even the Swift and Polo have similarities which are said to be poles apart. Imagine this, its already a Fiat and a hatchback, a entry level car which is made by companies to woo customers to the showroom. The specialty dose just go three times more than standard manufacturers. The seats are seen as a segment above in this value-for-money priced and extremely discounted hatchback. Seat upholstery offers right amount of magic when it comes to wooing customers of all ages, types and sizes too. 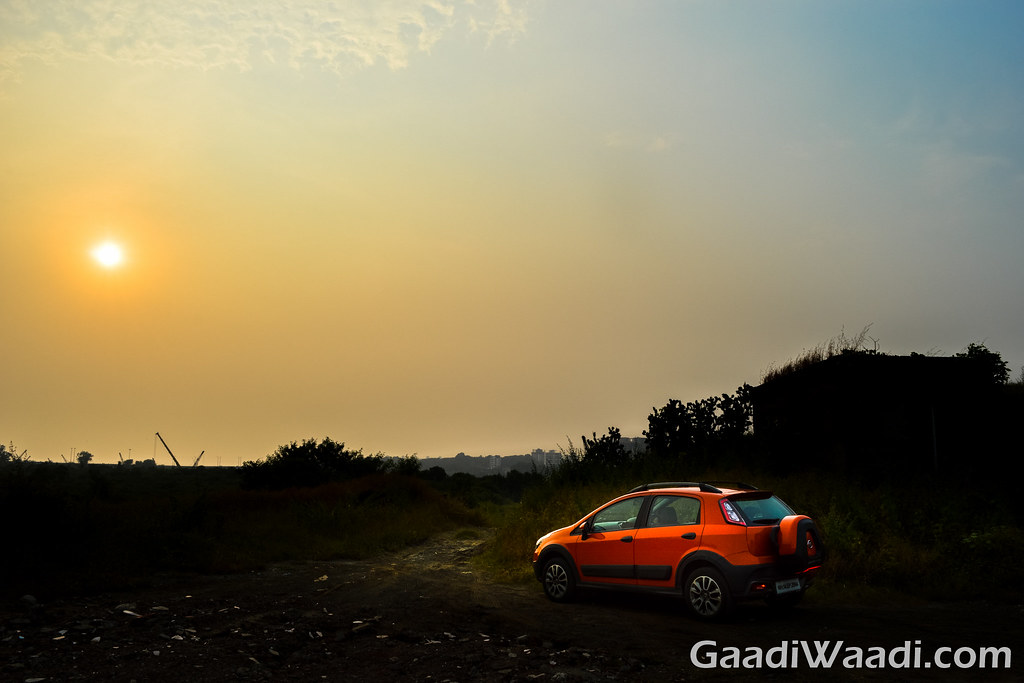 Space in the front, rear and boot is segment best but doesn’t ace it any more thanks to newly improved rivals. The only thing which keeps us away from the Fiat of the current batch and age is the driving position. Massively offset pedals and steering near your throat, forget chest for tall riders, at least are a big disappointment as it is termed as driver’s car. Visibility all around is good but front could have been better. 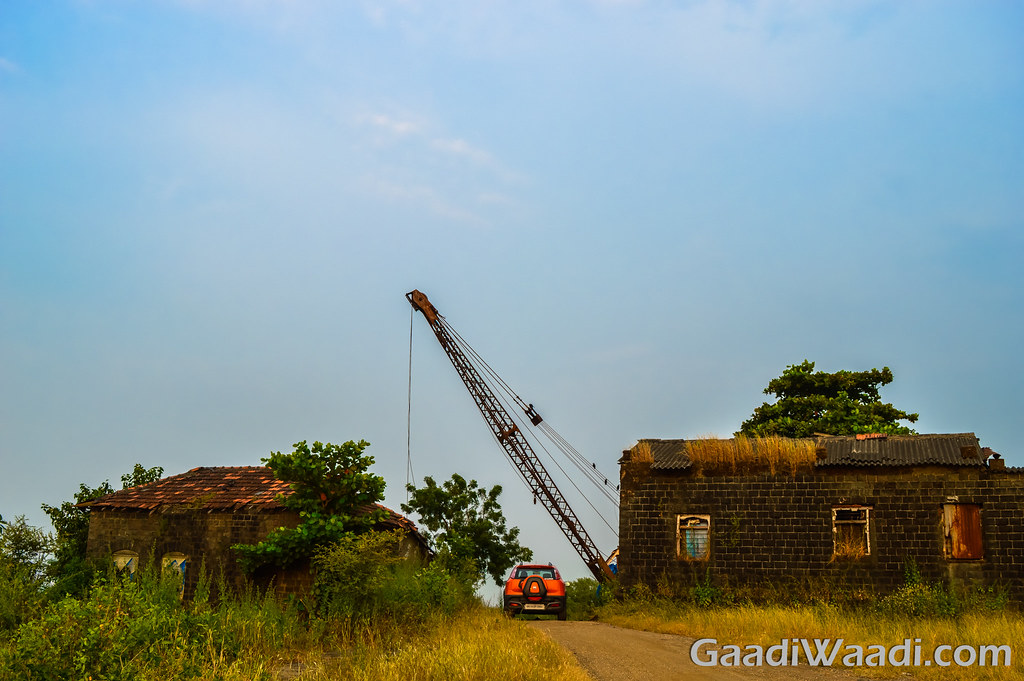 Avventura’s main USP is the funky outside and inside look it offers at first glance thanks to the orange color, the proper crossover look with long and raised stance and with a well put together spare wheel which has the right cover. It does make boot accessing a bit troublesome if you already have stuff in your hand ready to be tossed into the boot. But can  be easily done. However, the boot lid is so big and the spare wheel is so closely mounted that they scratch every time as witnessed in the picture.

16-inch wheels with low profile tyres aren’t the right thing to slap on soft roader crossover as it has the tendency to go over bad roads faster without transferring any feel to the cabin thanks to very excellent ride quality and high suspension travel. You won’t realize damaging the tyres and the wheels simultaneously. 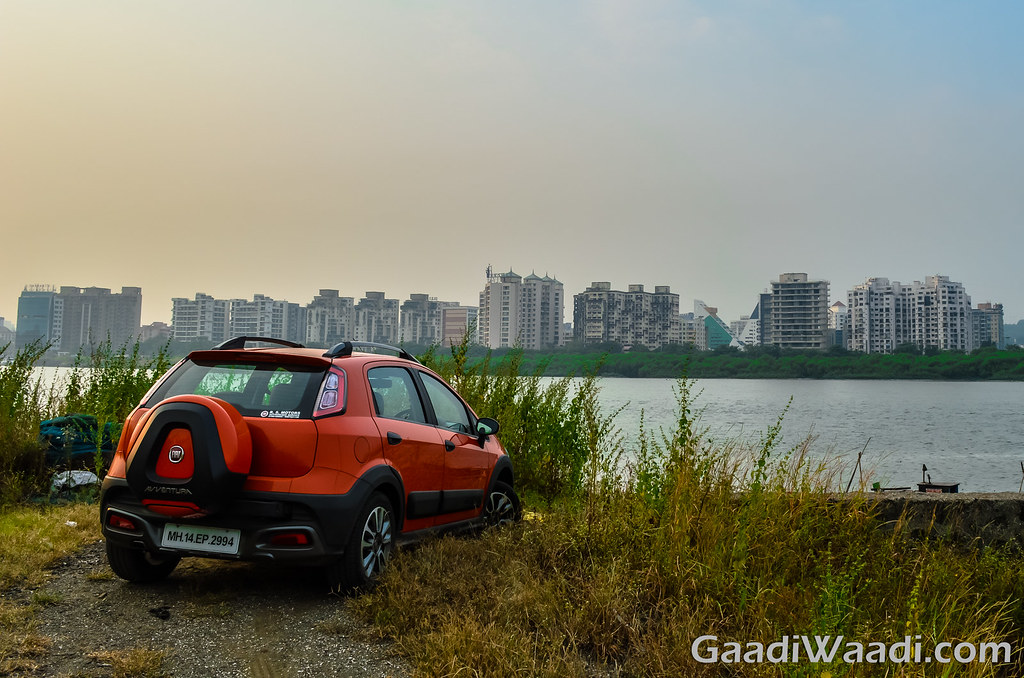 Clearly, despite small mistakes, which all humans make and something that are common with any car maker just like Fiat, there is very little to blame about with the car and most of what comes at first glance is easily livable within couple of days for an ownership that will last for years. 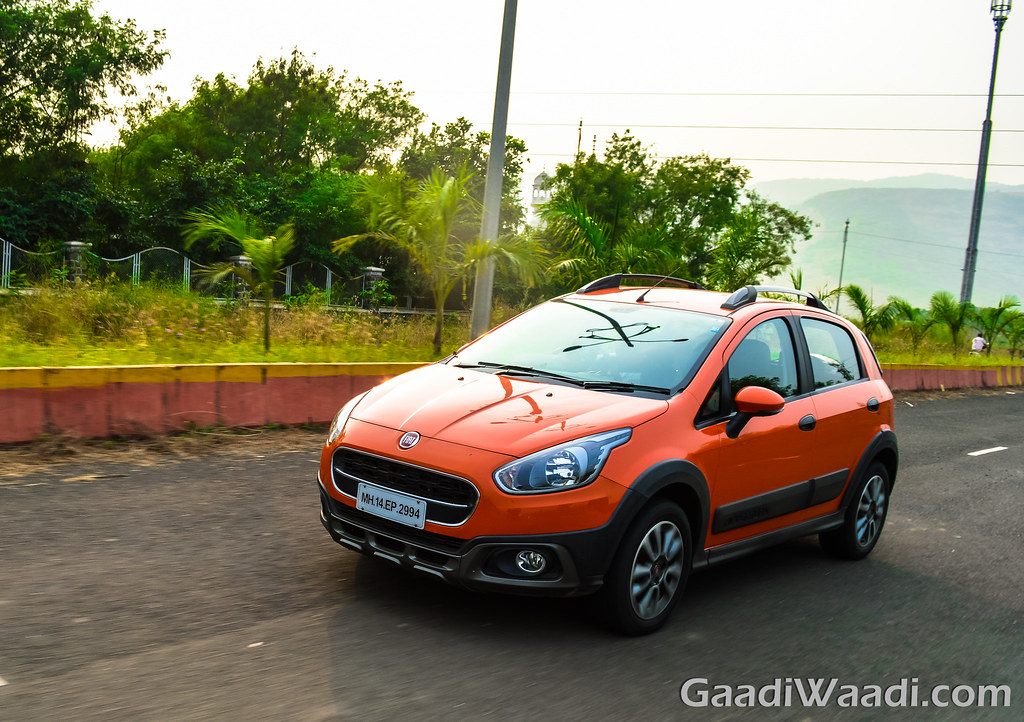 The Avventura actually made love at first sight and drive for most critics we know. We didn’t believe until we put some kilometers on it. Fiat did say on paper you will like it, however, we didn’t know the high magnitude of joy behind the wheel until we test drove and while staring at it. 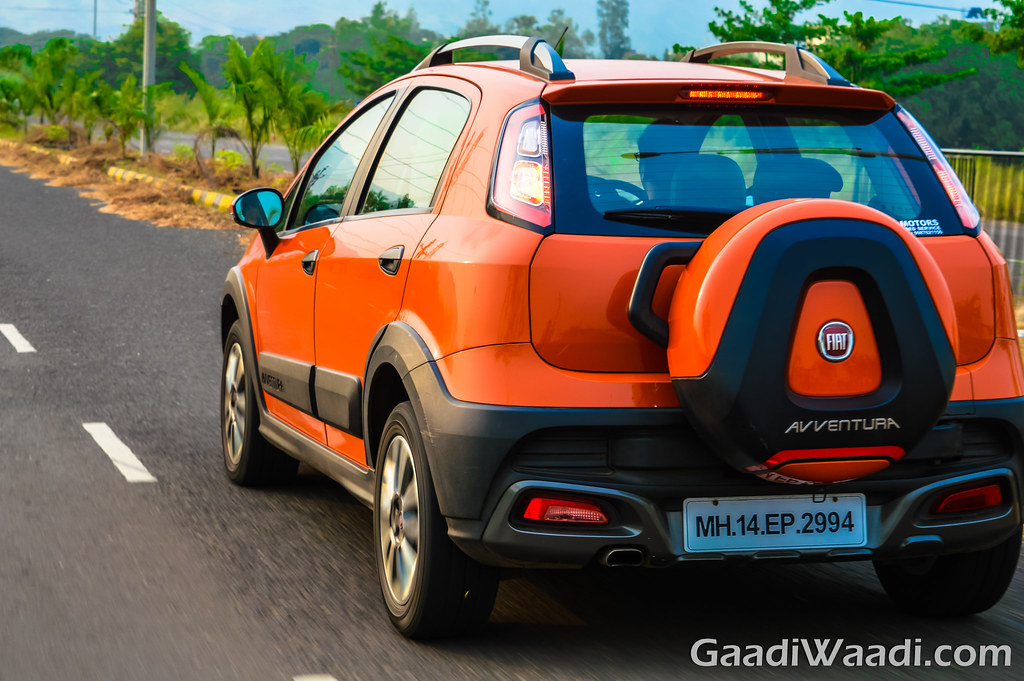 Avventura is clearly the most emotional package of the lot despite there are same offerings from other manufacturers – the looks, the improved dynamics, the better ride and obviously the tried and tested engines. The other cars may be more practical but they cannot be this good on road or off road and being feedback rich this car offers stability and refinement. 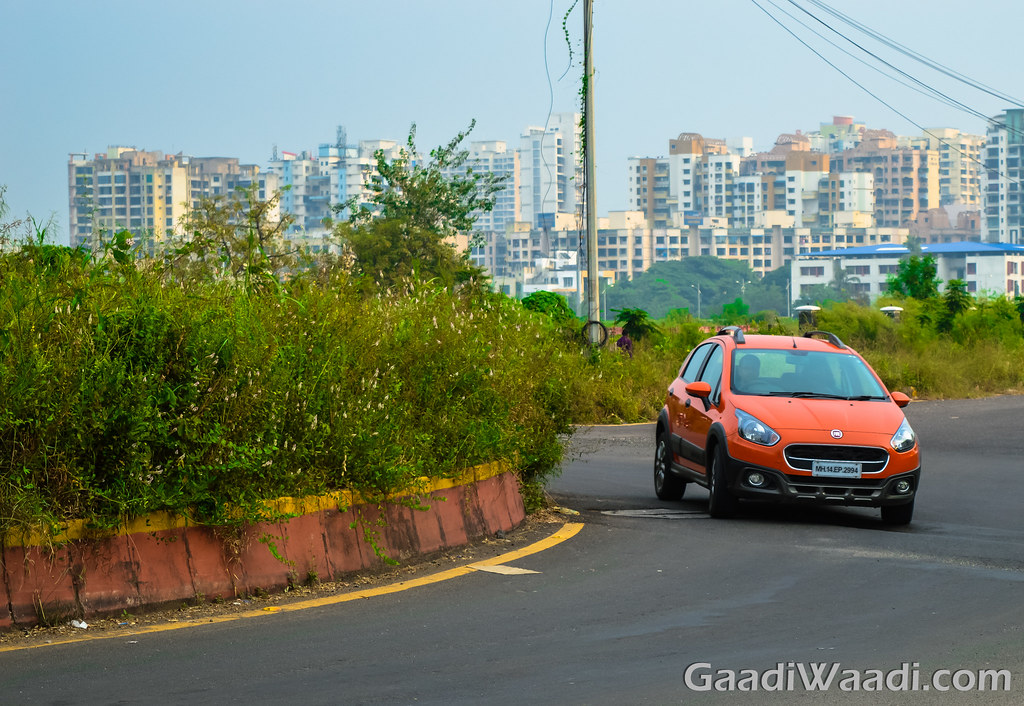 Sales and service network have become wider now than before and quality levels in every area of Fiat customer care have surely increased lately. You must be asking why doesn’t that reflect in sales number? Well brand perception is a huge thing in our country despite good products have come and gone in the past. Something that we have seen and learned very well. 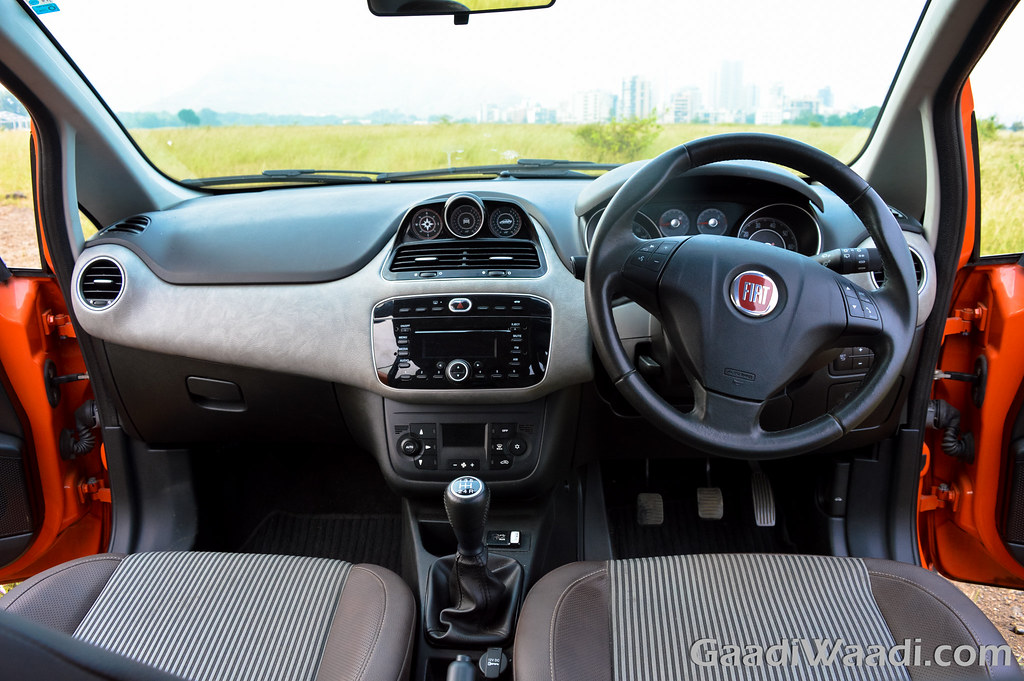 We would pick the Avventura any day as our weekend or holiday getaway car. If you also have that exact option lying around to be ticked, look no further than this orange color high on adventure kid from the Italians, made in India with sincere passion. 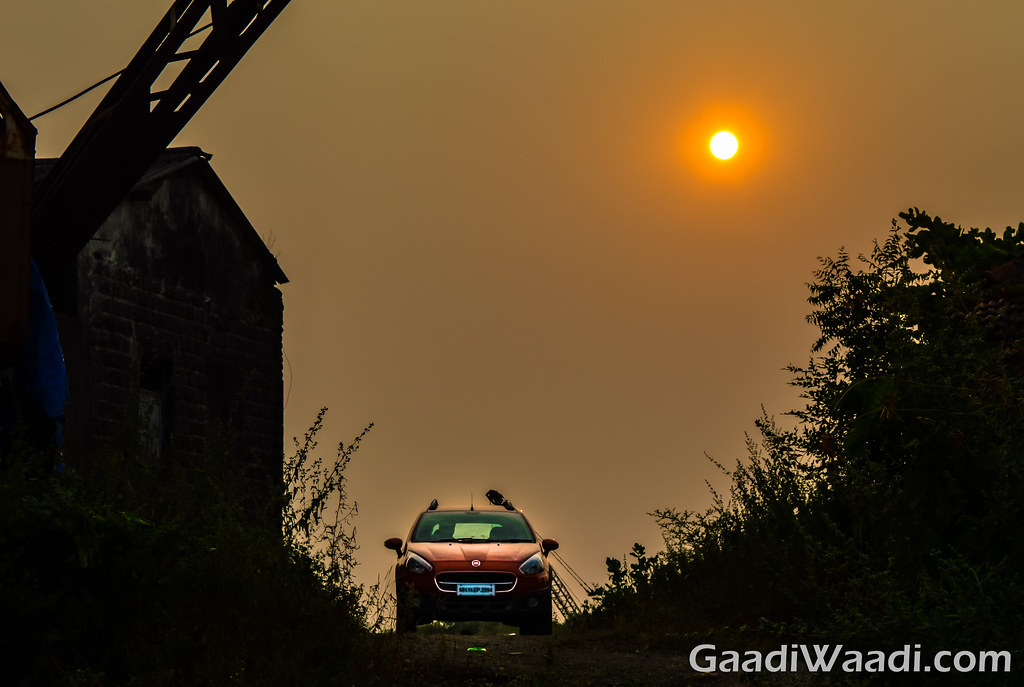