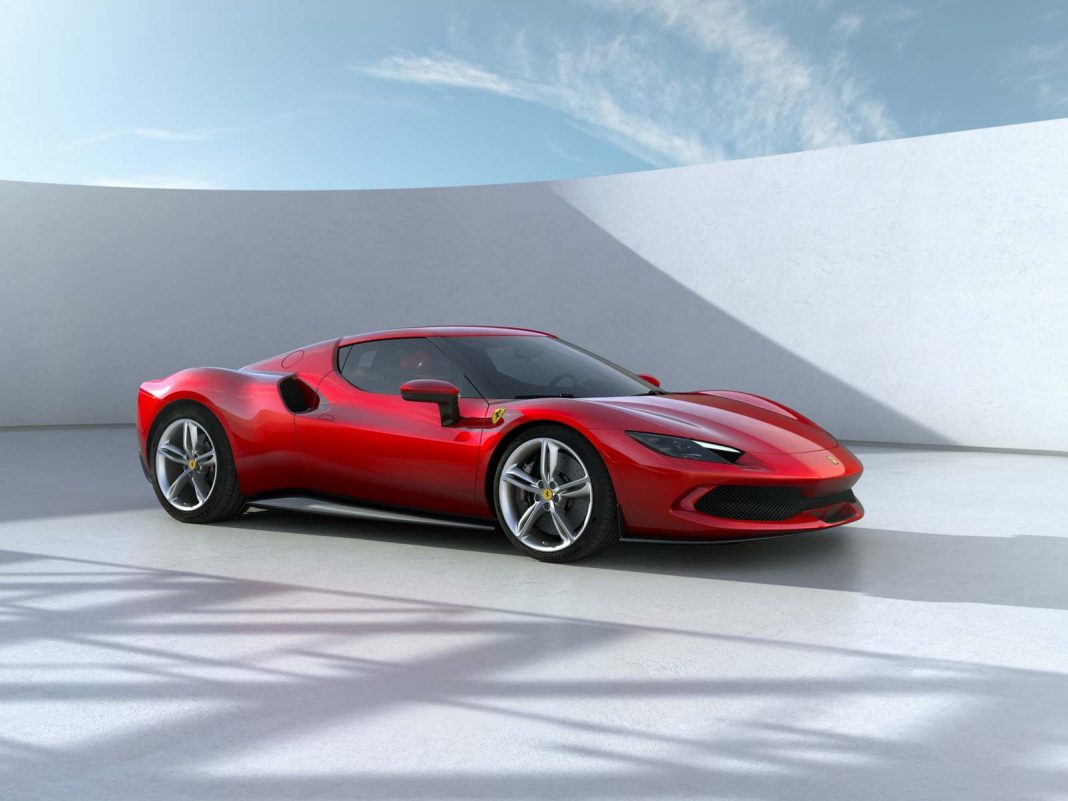 Ferrari 296 GTB uses a 2.9-litre V6 petrol engine and an electric motor to develop a combined power output of 819 hp and 740 Nm

Ferrari has unveiled the 296 GTB, the brand’s first six-cylinder engine fitted road car since the 70s, signalling its transition to an electrified future. Positioned above the F8 Tributo, it is claimed to be the ‘most fun to drive’ Ferrari within the product portfolio and with its F1 expertise, uses a 2.9-litre V6 petrol engine and an electric motor.

The 296 GTB is the first six-cylinder sportscar from Ferrari since the Dino 246 and it carries a price tag of €269,000. It will be delivered to customers in Europe in the early parts of next year and it will be offered in the United States in late 2022. The 2.9-litre V6 120-degree gasoline unit is good enough to produce a maximum power output of 654 horsepower.

This enables 218 horsepower per litre specific output, which is claimed to be the highest in a road car. The electric motor helps in increasing the combined output to 819 horsepower and 740 Nm. Compared to the F8 Tributo and McLaren Artura hybrid, the Ferrari 296 GTB is more powerful. According to the Italian manufacturer, it can do zero to 100 kmph in just 2.9 seconds. 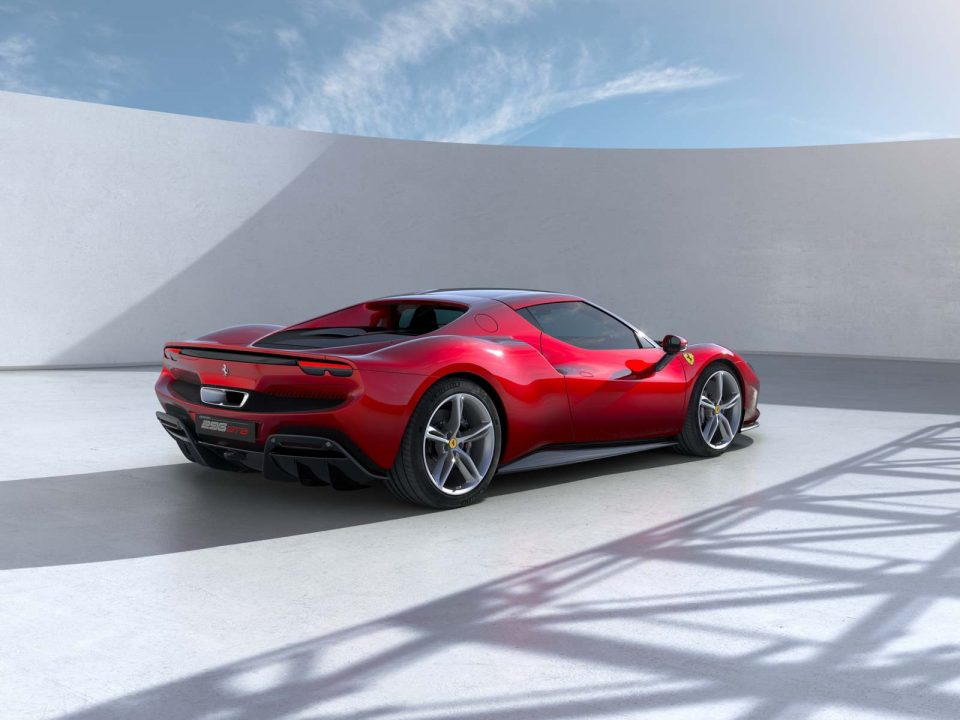 It can reach 200 kmph in just 7.3 seconds before reaching out a top speed of 330 kmph. The 296 GTB lapped the Fiorano track in 1 minute and 21 seconds, about 1.5 seconds quicker than the F8 Tributo. On the outside, it takes design influence from the SF90 and the 250 LM racer of the 60s. It is one of the attractive modern creations from Ferrari and it also features an active rear spoiler.

It aids in achieving 360 kilograms of downforce at 250 kmph. The driver-focused interior comes with a dashboard layout inspired by the Dino and the retro-themed gear selector is borrowed from the SF90. The all-important hybrid system boasts an electric motor mounted between the IC-engine and the eight-speed transmission while a battery pack of 7.45 kWh is mounted under the floor. 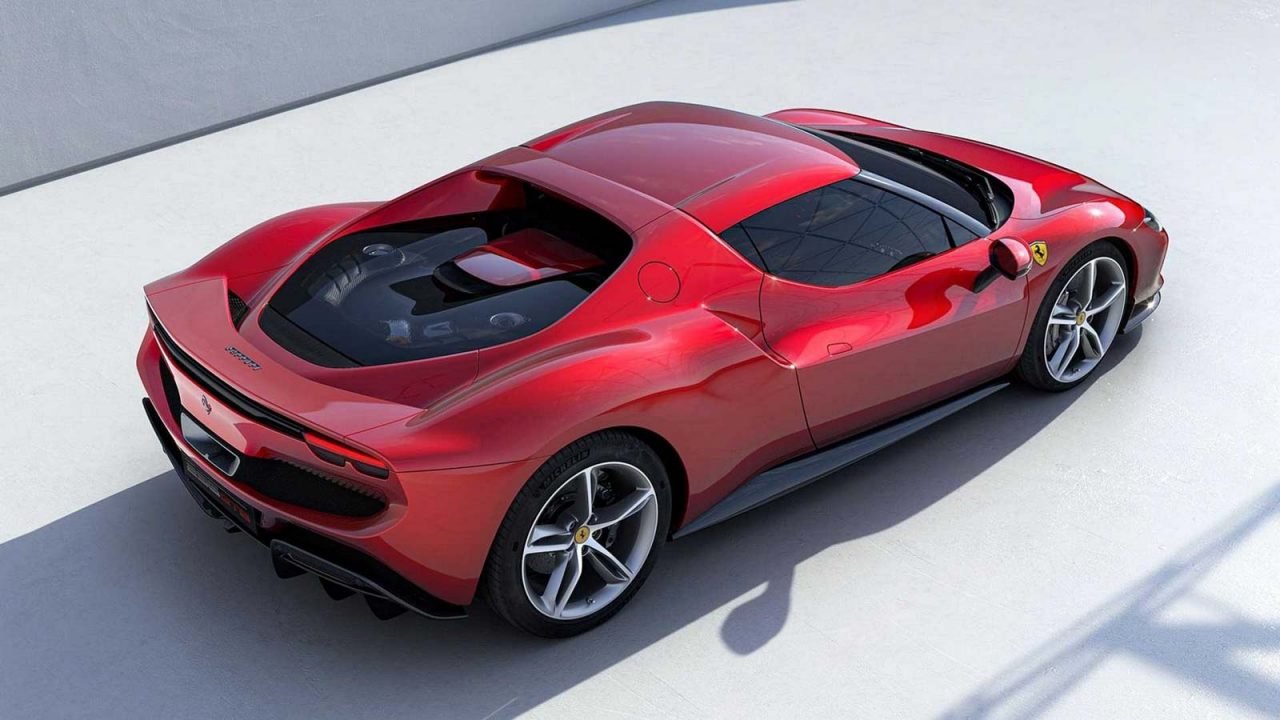 Ferrari has made available a dedicated EV mode with an electric range of 25 km – slightly lower than the Artura. A similar technology can be expected to be available in the upcoming Purosangue SUV. Compared to the F8, the 296 GTB is shorter by 46 mm and has 50 mm shorter wheelbase and courtesy of lightweight construction, it has a dry weight of 1,470 kg and an optional Assetto Fiorano handling package will also be offered.