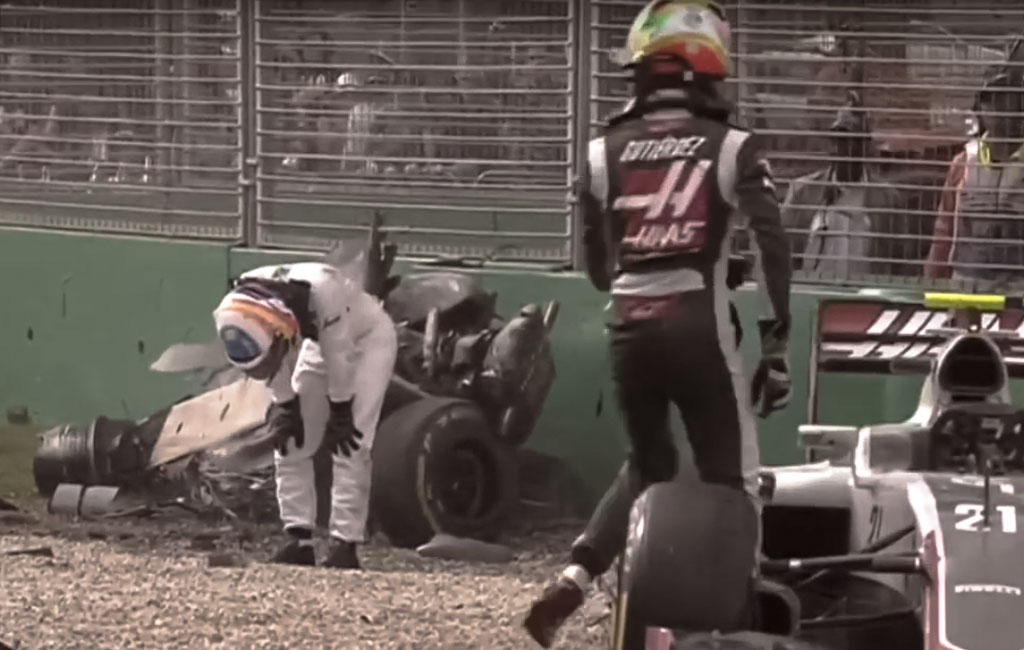 McLaren-Honda’s Formula 1 driver Fernando Alonso has revealed that he broke a rib in the horrific Australian Grand Prix crash that caused his seat to break due to a 46 G impact. Yesterday FIA doctors conducted 90 minutes of tests with the Spanish driver and said he will not be taking part in the Bahrain GP this weekend.

The Spaniard was not sure if he can compete in the forthcoming race in China as well. McLaren will deputise him with the reigning GP2 champion and protégé Stoffel Vandoorne for the weekend at Sakhir International circuit. This past two weeks saw Alonso undergoing further checks and at the Thursday’s driver press conference he explained that he had pneumothorax.

With the ingress in the F1 car’s cockpit is difficult, he was advised not to contest this race due to air in the cavity between chest wall and lungs. Alonso said his pain severed a bit in the days after the crash and that scans showed he also endured rib fractures.

The double-world champion in 2005 and 2006 conceded that he would respect FIA’s decision to rule him out of the weekend on safety grounds. He suffered a similar fate at the start of last year when he was forced to withdraw from Australia due to an accident in the final pre-season Barcelona testing.

Alonso ran into the back of Haas F1 Team’s Esteban Gutierrez at the Albert Park circuit in Melbourne, Australia. His car shattered into pieces but he walked out of the wreck without any serious injuries and was cleared from the circuit’s medical centre immediately.

The FIA said that two sets of chest CT scans didn’t show the expected result for Alonso to take part in the Bahrain Grand Prix. Another test scan before the Chinese race will determine whether he could compete in that weekend as well. The stand-in Stoffel Vandoorne will make his F1 debut at the expense of Alonso as he flew from Super Formula testing to Sakhir for his maiden race.
Images Source: Wikipedia