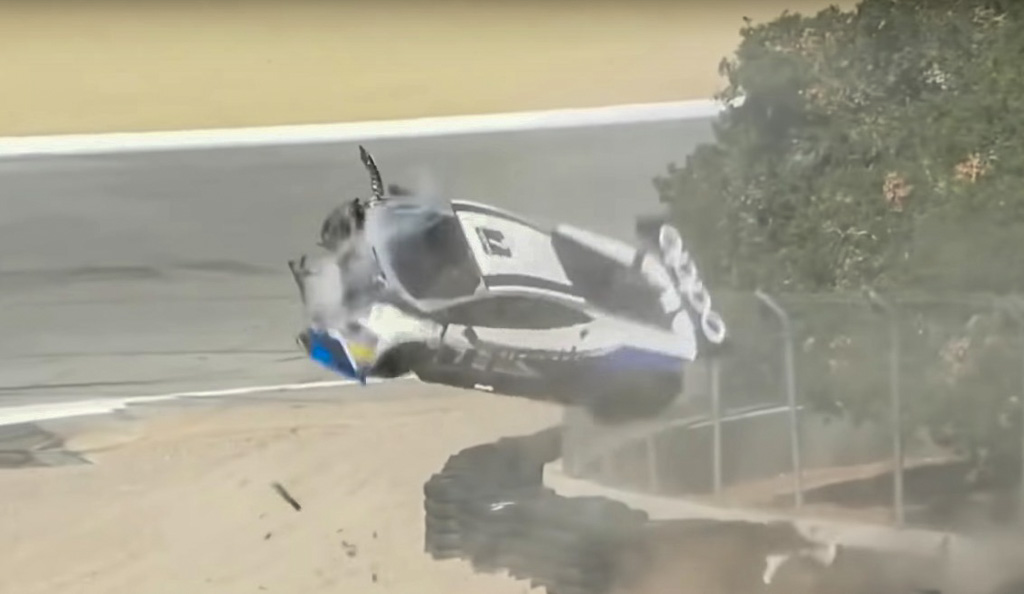 As much as defining thrill seekers, racing is dangerous in any discipline. Whether it is on a diminutive go-kart or a monster truck jumping around the stadium road course. Despite advancements made in track racing with reinforced high impact absorbing walls and tall catch fences preventing race machines from throwing off the guard, accidents happen often in the adrenaline pumping scenarios.

Racing on circuits can be perceived as safe, at least to a certain level, as marshals and medics will attend the racer in case of a severe crash and provisions are there in any high standard race track for air lifting to hospitals immediately.

However, in the midst of FIA’s pushing hard on safety, fatalities and career-threatening incidents are still part of the show. Sheena Monk, a female racing driver, made her debut at the one-make Lamborghini Super Trofeo race in Laguna Seca this past weekend.

Behind the wheel of the #7 race-spec Lamborghini Huracan with Wayne Taylor Racing, she completely lost her braking while heading out of the famous Corkscrew and went straight on to hit the barrier at full speed.

Luckily, her racecar did not lift off the ground initially and instead caught in the gravel trap and rammed face first into the tyres. Causing a full course caution, the Huracan then went airborne and flipped before landing on its feet. After quickly assessed by the medical crew, she was taken to a local hospital and a couple of days back evacuated.

In what appeared to be an abrupt brake failure, Lamborghini said that upon initial analysis following the accident, the operating systems were found to be functioning “appropriately”. The carbon fibre monocoque cell has certainly saved Sheena Monk in what has been a nasty crash. The resilient woman took to Instagram three days back and wrote “Harder, better, faster, stronger”.