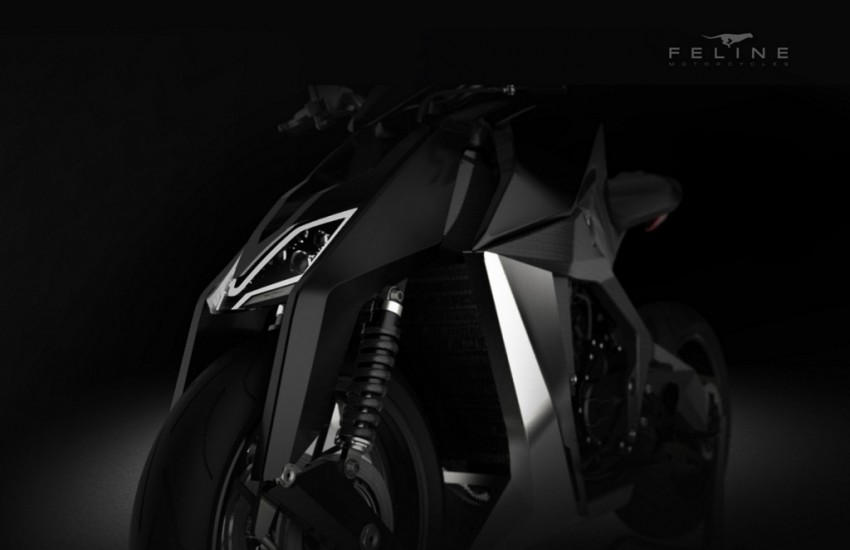 Let’s be honest about few things. There are endless exotic bikes that made around the world by people who have been wanting to create something of their own after riding thousands of other motorcycles. Usually every one gets a custom motorcycle done to their taste and is quite happy with it.

Now there are some who go beyond everything and make a motorcycle for the rest of the world to drool over. Feline is just that motorcycle. The design and even the mechanical’s that are used, make you go WOW! 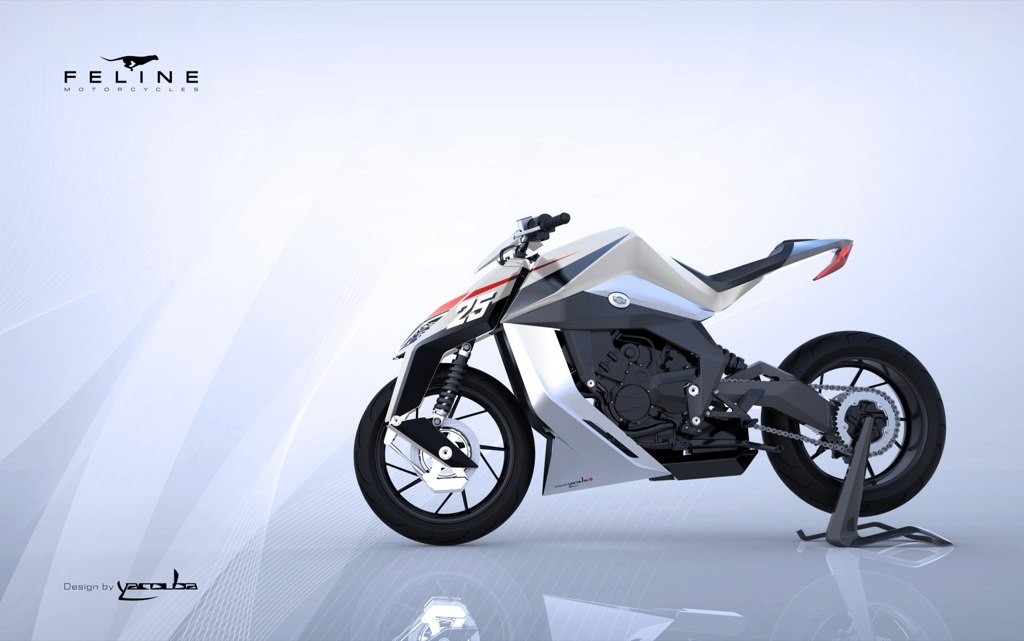 Feline is just the motorcycle. The maker of the motorcycle is a french guy and a designer who has a strong passion for Motorsports. After doing countless things for others, he finally decided something completely by his own. The things he has done over the past two decades is amazing. Have a look at the list.

1998 – First sketches for the press
1999 – Making of his first prototype, the Kawasaki ZXR-750 Cafe Racer
2000 – Journalist test pilot for 8 years
2004 – Racing the 24 H Le Mans Motorcycle race. The same year he launched his own brand “Yacouba Freeride Wear” and produced his first movie for the launching of KTM 990 Superduke
2005 – Production of the KTM 950 Supermoto movie clip
2006 – Started the “Trash Test” TV program on channel AB Motors/ AB production and produced the Suzuki DRZ 400 SM movie clip
2008 – Production of the prototype of the MV Agusta Bestiale
2010 – Obtained a position of lecturer for motorcycle design at the Institut Supérieur de Design in Valenciennes
2012 – Designed the GT racing car SF-10 for Charriol luxury watches
2014 – Creation of Feline Motorcycles 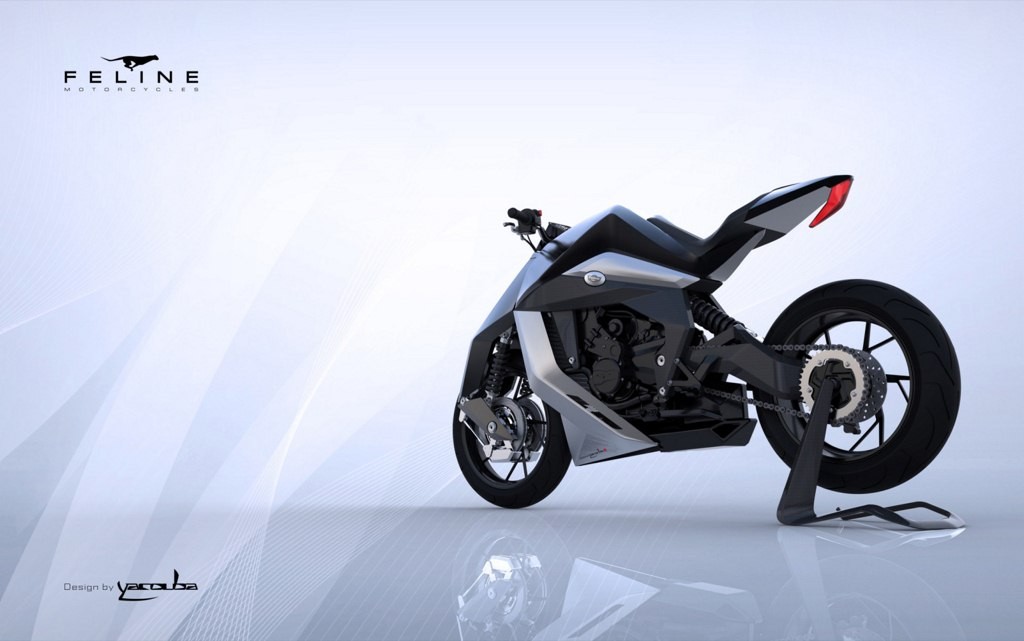 As you can see the guy who made the Feline One is no ordinary person and it shows. The components used to make this motorcycle are carbon fibre and aerospace grade aluminum in every single thing. The frame is made of Titanium, carbon fiber and aerospace aluminum combined and the fork is made of dual carbon swingarms with 2-dampers with fiber made springs. The swingarm to be made of carbon fiber with mono tamper with fiber spring system implemented. Even the rims which have tyre slapped on them are made of carbon fibre. 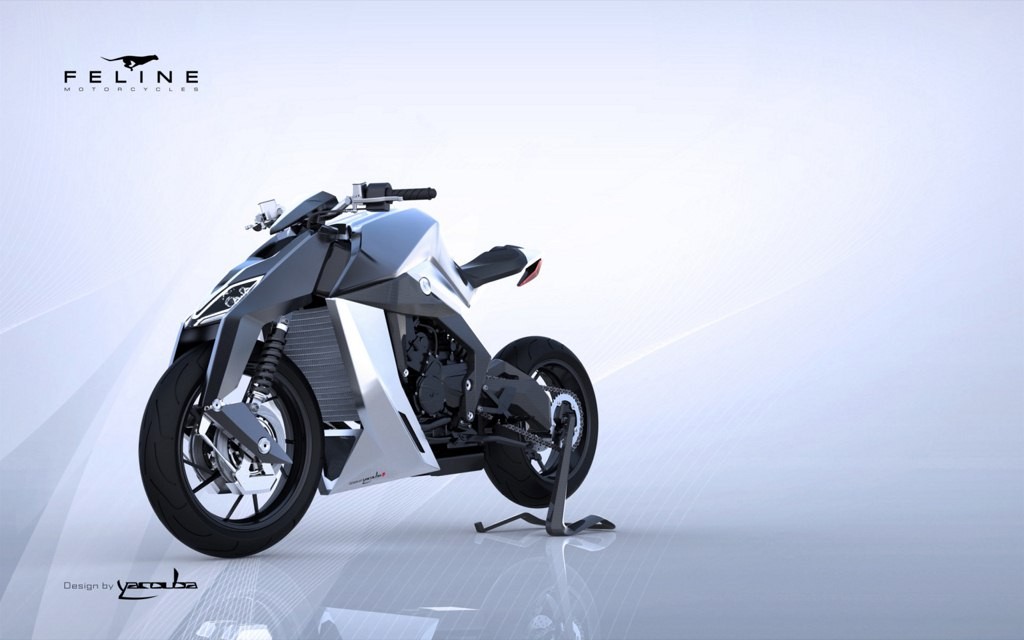 All of this plus a tight wheelbase of 1400mm and high saddle height of 808mm the bike just 155 kgs dry. That is the wet weight of a KTM Duke 390 for goodness sake! How much does horsepower does it come which makes say the previous statement in shock? 170 BHP! 801cc with in-line triple layout of cylinder along with titanium exhaust. Does this remind anyone of a company called MV Agusta? Deja Vu perhaps.

Needless to say magnesium and carbon fibre would have been used to make the engine as well. A quick revving and horizon eating motorcycle is expected. Even with wet weight reaching 11-14 kgs more, the power to weight ratio is way above insanity. The anti fork dive promises a unique riding promise claims the genius who made it.

Price for this “uniqueness” is Rs. 1.75 crores or 275,000 USD dollars. Feline One production starts from 2016 and only 50 units of the magic motorcycle will be ever made. We are sure the rich have bagged most of the orders and rest will be sold once the news spread as fast as the motorcycle. The only thing we all can do is drool over it by making it our wallpaper!