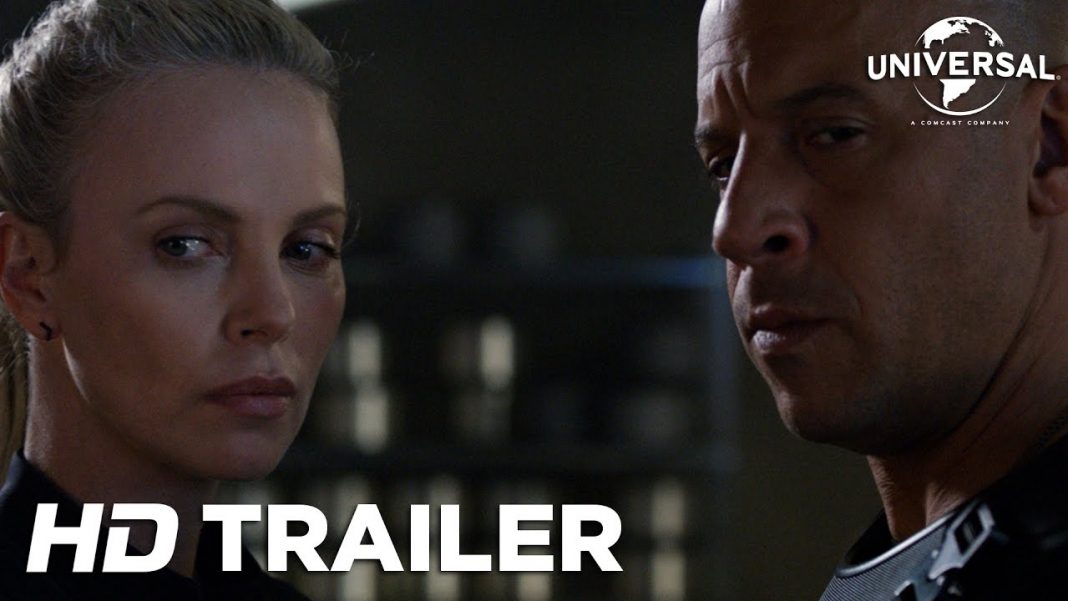 The trailer of the 8th installment of Fast and Furious franchise is here and it seems to be one hell of an action packed movie. Dom and his team is ready to take the wheel of their machines and this movie promises to deliver even higher levels of speed and action involving a range of vehicles.

As the trailer shows, this movie has used everything on wheels. From asphalt scorching exotic supercars to tanks capable to take on all terrains. The first trailer here shows the cars like a Land Rover Defender, American muscle cars, Mercedes AMG GT, Jaguar F-Type and even a Bentley taking part in action with the Dom brigade.

Also read: Car Blown Away due to Cyclone Vardah in Chennai – Shocking Video

A large part of the Fast and Furious 8 has been shot in Iceland, where a high speed chasing scene was filmed. In the trailer another sequence shows the cars are ripping through the streets of cities. Filming of this movie has been done in various places including Cuba which makes it even more special.

Speaking about actions and car blasting, which have been part of this movie franchise, this time we will see cars dropping over cars from skyscrapers and making a pileup on road. Around 40 cars were destroyed to make the pileup. Pity for those beautiful machines or just the replicas! Also a gigantic wrecking ball is seen smashing the cars. Well, enough talk. We will find out more when the movie comes to our nearest theatres on 14th April, 2017. Is Diesel turning evil? Rock and Statham fighting against all odds? We can’t wait to witness!